TEEN Mom alum Farrah Abraham is getting more body enhancements, which will supposedly stand the test of time.

Wearing just a neon green lace body suit she posted about a new butt injection product in a revealing Instagram video, claiming it holds up for five years.

The mom to 10-year-old Sophia said in the video "Doctor Heather here has a trick that is better than any booty injection that I've had."

It's called Renuva, and Farrah called it 'magic.'

She said it's amazing "because my other injections normally last around two years."

"I've had injections last about three to four years, so I'm super happy that Renuva, this new product, is lasting five years!"

Because the treatment lasts so long, Dr. Heather called it a permanent injection.

The Las Vegas doctor said the product gives you a 'nice, tight round' bottom that just enhances, 'what you already had.'

She added that with the product, the body makes its own fat in the injected area and as well as some blood vessels.

For Farrah, Dr. Heather focused on the upper part of her bottom saying the injection will give it more volume and 'smooth out the outer hip area.'

She added: Renuva works as "freeze-dried fat which we can inject, and it's going to regenerate her own fat and her own blood vessels which is going to make it look very useful and plump.'

She said: "It's actually human-donated fat that has been stripped of all its DNA, all live cells, everything that people are worried about."

And the product is FDA approved, Dr. Heather explained.

She said: 'it's safe to inject' without causing reactions for patients. 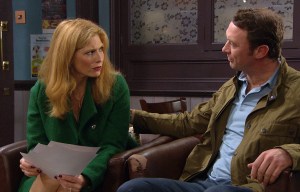 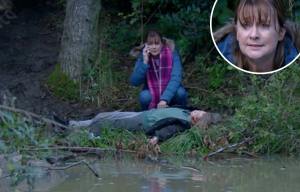 Over the years, Farrah has been been very candid about going under the knife for cosmetic procedures and plastic surgery including lip fillers, a boob job and a new nose.

She also had a chin implant, which she later removed.

It's time to learn the names of new Borussia heroes. Now there are 17-year-old boys making goals
Paulo Fonseca: it's Important to bring Smalling back to Roma. We have only 3 Central defenders
Arteta about 2:1 with West ham: Arsenal made life difficult for themselves with losses, but they fought and believed in victory
Palace midfielder Townsend: Could have beaten Manchester United with a bigger difference. We had moments
Philippe Coutinho: I am motivated and I want to work hard to make everything work out well on the pitch
Torres on Chelsea: I Thought I could remain a top player, but I was unstable. Although there were enough successes
Neville on the broken penalty against Manchester United: an Absolute disgrace
Source https://www.thesun.co.uk/tvandshowbiz/10595254/teen-mom-farrah-abraham-butt-injections/

Q&A: What does banning TikTok and WeChat mean for users?

Trump says he approves TikTok Oracle deal which may include Walmart

£10,000 fines for Covid carriers who refuse to self-isolate

Everton vs West Bromwich Albion as it happened

Urgent search for missing boy, 5, who fell into Harlem River after climbing a tree on Randall’s island in New York

Scarlets bow out of Challenge Cup after gusty display against Toulon

Mum's dury after nursery worker pal seduced son, 13, and had baby with him

Robert W. Gore, the inventor of Gore-Tex fabric, dead at 83

£10,000 fine for people who refuse to self-isolate amid spike in coronavirus infections

'Boris Johnson's incompetent Tories are treating the old with contempt'

Oxlade-Chamberlain emerges as target for Wolves after latest Liverpool arrivals

Government warns of fine of up to £10,000 for people who refuse to self isolate

Coronavirus: New fines of up to £10,000 for those who fail to self-isolate

A four-year-old boy has been hit by a car

Man's escape from Dennis Nilsen who invited him to murder home

People in England who refuse an order to self-isolate will face fines of up to £10,000

Breaking self-isolation to be made illegal in England with fines up to £10,000