TWO former paratroopers on trial for the 1972 murder of an IRA chief have been acquitted due to lack of evidence.

The men, known as Soldiers A and C, fired shots at Joe McCann on a Belfast street.

But on Tuesday the trial collapsed as prosecutors ruled out challenging a decision to exclude statements made by the troops at the time.

Mr Justice O'Hara said they had not been given under caution.

Mr McCann, 24, was a leading figure in the Official IRA, the forerunner to the Provisional IRA.

He was shot dead as he attempted to evade arrest by a plain-clothed police officer in the republican Markets Area of Belfast.

The trial had opened last Monday and heard just one full day of evidence.

It then moved into a separate hearing to determine whether statements and given at the time were admissible.

The Public Prosecution Service conceded that material had been the only evidence before the court that could be used to prove the soldiers fired at Mr McCann.

It confirmed on Tuesday it would not appeal against the judge's ruling.

'NOT GUILTY OF THE CHARGE'

Mr Justice O'Hara told the defendants: "In the circumstances Mr A and C I formally find you not guilty of the charge of murder."

Moments later the two accused, dressed in suits and ties, walked from the court.

The court had heard that evidence implicating the defendants came from two sources.

The first was statements they made to the Royal Military Police in 1972, the second source was statements and interview answers they gave to a police legacy unit, the Historical Enquiries Team (HET), in 2010.

The PPS accepted that the 1972 statements would be inadmissible in isolation.

That was due to a series of deficiencies in how they were taken, including the fact the soldiers were ordered to make them.

STATEMENTS NOT UNDER CAUTION

Interviews had not been conducted under caution, there was no access to legal representation and the Army policy of not asking soldiers to provide an explanation or rationale for their actions.

However, prosecutors argued that the information in the 1972 statements became admissible because they were adopted and accepted by the defendants during their engagement with the HET in March 2010.

In his ruling last Friday, Mr Justice O'Hara agreed with the defence contention that none of the evidence should be admitted to the trial.

He said it was not legitimate to put the 1972 evidence before the court "dressed up and freshened up with a new 2010 cover".

The judge questioned why the re-examination of the case by the HET did not prompt a fresh investigation by the Police Service of Northern Ireland, with the veterans interviewed under caution for the specific offence of murder.

He suggested that course of action might have made a prosecution more sustainable.

'SHOULD NEVER HAVE BEEN IN COURT'

The prosecution was taken after Northern Ireland's Attorney General referred the case to the Director of Public Prosecutions in 2014 after receiving the findings of the HET report.

Four other cases involving the prosecution of veterans are at the pre-trial stage in Northern Ireland courts.

After the no-jury hearing, veterans’ champion and former government minister Johnny Mercer said the men, in their seventies, should never have been in court.

He told The Sun: “The whole thing was like something out of Monty Python.

“One of the men could hardly hear. They found it very difficult to remember what had happened in 1972.”

The former Veterans Minister, who fell foul of Boris Johnson’s government last month over military prosecutions in Northern Ireland, added: “They should never have been on trial."

"It is time to deliver on that." 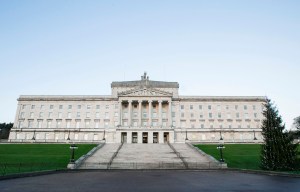 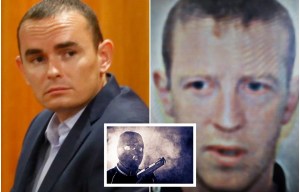 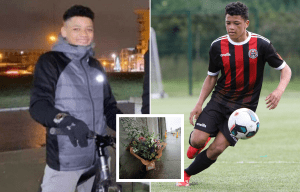 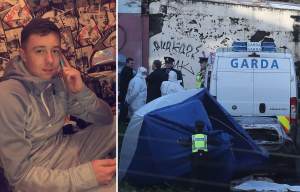 She said there had been "failures of the State at all levels" in investigating her father's death.

Flanked by her family, she said: "The RUC failed and the criminal justice failed, not only in this case but in the case of many other families."