EVANDER HOLYFIELD looks lean and mean as he gets his hands wrapped for training ahead of a stunning comeback.

The 57-year-old former heavyweight champ shared a clip prior to working out with his 391,000 Instagram followers.

These days the Real Deal looks more like the cruiserweight king of old than a beefed up heavyweight.

Swimming and shadow boxing underwater - like Muhammad Ali was famed for - have contributed to his ripped physique.

Punishing kettlebell workouts, core training, sled pushes and even arm wrestling with Wladimir Klitschko have also made a big difference.

But there are concerns about a man nearing pension age returning to the ring.

Leaked footage that showed a slow and weary Holyfield had fans fearing for his safety and ability to defend himself against a barrage of punches.

Commenting on the video, one fan said: "He looks slow and stiff, especially compared to the recent clips of Tyson. Holyfield is going to get worked over if they do fight."

Another wrote: "Holyfield’s always in shape but he’s too punch drunk to compete again. Bad idea."

Holyfield is ploughing on with training though as the fight between Mike Tyson and Roy Jones Jr draws near.

Tyson paid fan £6.2m for 'breaking their jaw' after being hounded for autograph 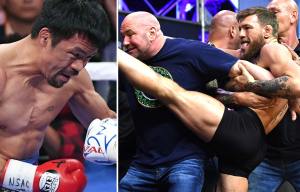 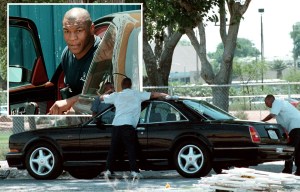 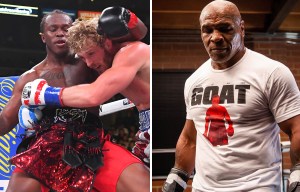 YouTuber KSI, 27, says he could beat Tyson, 54, and so could Logan Paul 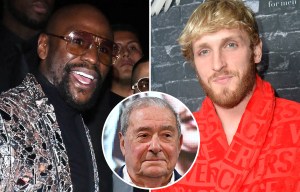 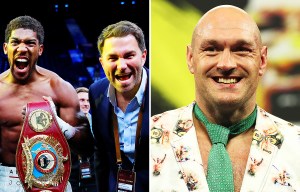 AJ to KO Fury after 'steamrolling' Pulev as he has 'bad intentions', says Hearn

And the latter has claimed he is so desperate to take on the Baddest Man on the Planet that he will do so even if his rival fails an anti-doping test.

Speaking on the RJJ Boxing show on UFC Fight Pass, he said: “There is testing. They came and tested me last week, and they tested Mike last week.

“It would concern you if you were concerned about having advantages. But for me, I’m the kind of guy, I’m old school, you know what I mean?

“I hope you pass the test, but when I turn my attention to you, I want you, I don’t give a damn what you got, I want you.

When I see you like that, I want you, I don’t care who it is.

“I hope he passes the test, because without the test we can’t fight, but even if he didn’t pass the test, Roy would still fight.”

Hames will miss the Premier League match with Southampton
Goetze scored two goals in his first two games for PSV
Real Madrid are paying the price for a stupid sale to Ronaldo. No one to score. Calderon on the club's problems
Ozil posted a GIF of himself at work in the office: Forward, Arsenal
The Slovenian youth team wants to expel the tyrant coach: he is Against warm-UPS, forbids sleeping on planes and celebrating goals
Ozil on the rapid match: I'll support Arsenal at the TV. I bet on a 4-1 win
Alexey Miranchuk: It's nice to be Back in the game. We continue to work 🤙 🏻
Source https://www.thesun.co.uk/sport/boxing/12795404/evander-holyfield-training-video/

Why new Merseyside police could end up in call centres