Juventus slipped to a shock 2-1 defeat at home to Sassuolo in Serie A with Maxime Lopez’s stoppage-time winner stunning Massimiliano Allegri’s side.

The hosts were well off the pace in the first half and fell behind to a fine team goal from Sassuolo two minutes before the break, with Davide Frattesi finishing well when put through on goal.

Juve stepped it up in the second half with Juan Cuadrado having a powerful effort cleared off the line while Federico Chiesa also missed with a header. The equaliser finally came when McKennie powered a header into the net in the 76th minute, much to the relief of everyone in the Juventus Stadium.

Juve threw everything at Sassuolo to find a winner, but they were caught on the break in the 95th minute, as Lopez raced clear before lofting a fine finish into the net to secure victory for his team.

A first-half strike from Radamel Falcao was enough to hand Rayo Vallecano a shock 1-0 win over Barcelona as the Catalans slumped to their second successive La Liga defeat.

Following their defeat by rivals Real Madrid over the weekend, Wednesday’s result would have piled on even more pressure on coach Ronald Koeman as his side have won only two of their last seven league games and lie ninth in the standings with 15 points. 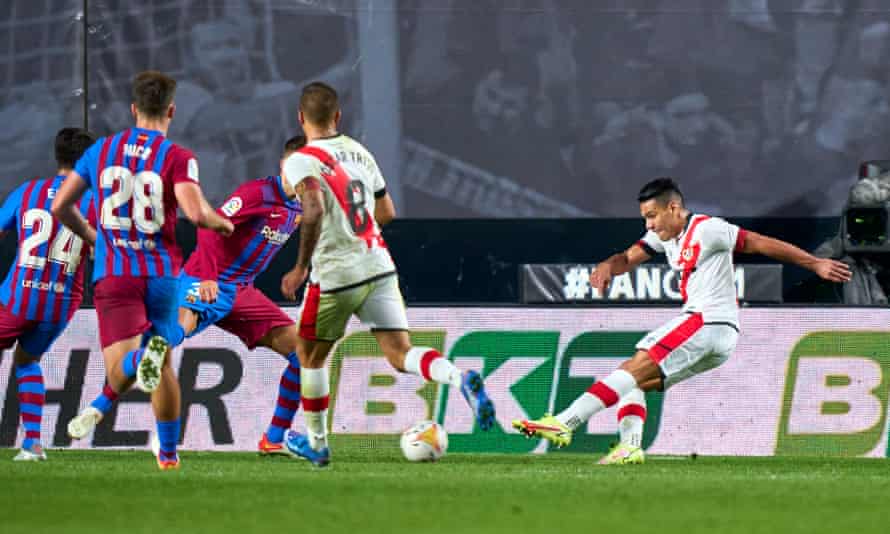 Colombian striker Falcao pounced in the 30th minute after Barça captain Sergio Busquets lost the ball in midfield and allowed Rayo to launch a quick counter-attack that led to the goal. After dribbling past Gerard Piqué, Falcao finished off in style by finding the back of the net.
Barça had a great chance to equalise in the 72nd minute but Rayo goalkeeper Stole Dimitrievski saved Memphis Depay’s penalty strike.