Mr Calder described to Express.co.uk how the changing travel regulations for UK arrivals will likely see potential holiday destinations vying to be the choice of UK holidaymakers. He said: “We are now going to get into a kind of arms race for the attention of British travellers, and that is going to mean that, for example, with Portugal - which currently requires even vaccinated travellers to have a test - I think they will drop that requirement because you’ve got Turkey coming over the hill now.”

Turkey is one of the eight countries which will be removed from the red list from Tuesday 22 September.

Other countries moving to the amber list include the Maldives, Egypt and Pakistan.

Turkey, a popular tourist destination, no longer requiring a hotel quarantine period will “dilute the market share of all the western Mediterranean countries in the coming couple of months,” explained Mr Calder.

He added: “I’m certainly expecting airlines and holiday companies to put on some departures to Turkey in particular.”

READ MORE: Getaway warning: Holiday 'police' to knock on up to 10,000 doors a day 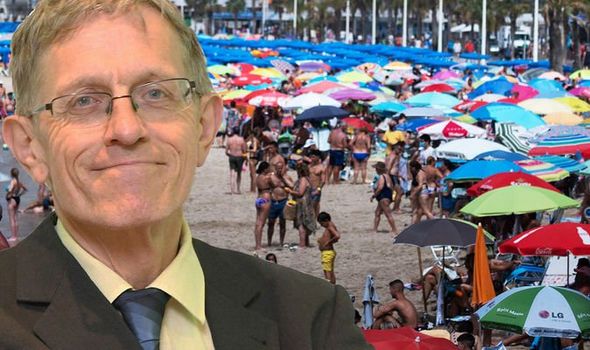 Simon Calder says there will be an 'arms race' to compete for UK travellers (Image: Getty/PA) 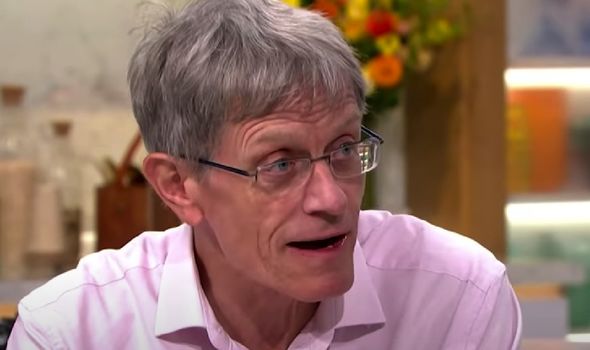 “It’s all going to be quite exciting. I think we will have competitive devaluations of testing requirements or travel requirements for British visitors.”

With the red list of countries shrinking, Mr Calder has a few suggestions for the best places to travel to in the next few months.

He advised: “I would be looking personally at winter sun escapes to Egypt.”

His insights follow the current traffic light system for UK travel being simplified by the Government earlier this week. 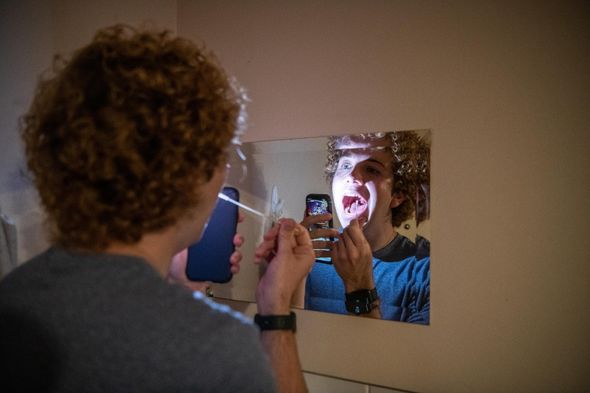 PCR tests will not be mandatory for some destinations from late October (Image: Getty)

Key changes include how fully-vaccinated travellers will face less stringent testing, and the list of countries requiring hotel quarantine shrinking.

Mr Calder explained the new system change: “You’ve got red, which is the red list.

“You’ve got amber, which is everybody else.

“We’ve still got a traffic light system, it’s just less complicated than it used to be.” 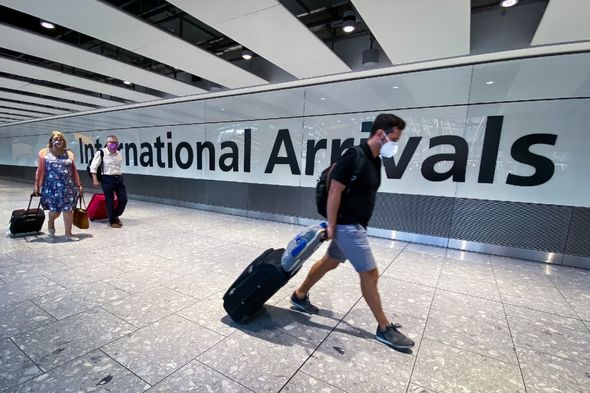 Turkey and Egypt are two countries moving off the red list next week (Image: PA)

He added: “People are saying, ‘oh, there’s just a red and green category now;’ that’s absolutely not the case.

“The green list has been scrapped; everything which isn’t red is now amber, and that has serious implications for thousands of people who have not been fully vaccinated.”

As of October 4, there will be two lists, rather than the three of the now-familiar traffic light system.

The red list remains, with the green and amber lists combining into a Rest of World (ROW) list.

The negative PCR test result currently required to enter the UK from green and amber list countries will be dropped until two days after arrival.

This will then be substituted for the cheaper lateral flow tests later in October.

However, unvaccinated travellers will still have to take a pre-departure test.

They will also have to take further tests after arriving in the UK, and self-isolate for 10 days.

Barcelona has no plans to return Dani Alves, as he will take away playing time from Desta and Mingesa
You walk, and I fly. Zlatan about hitting through himself in the match with Verona
Lille coach: Benzema is an outstanding player. This is what is needed for the Golden Ball
Sandro Wagner: Messi didn't deserve the Golden Ball. Chiellini is the favorite, followed by Lewandowski
Gary Neville: Manchester United stars don't plow like de Bruyne, Mane, Bernardo and Firmino. They lack such a work ethic
Salah turned into Messi. Lineker on Liverpool forward
We will ask you to punish those who unreasonably accused Glick of racism in the match with England. The Polish Football Union will appeal to FIFA