CELEBLAND was split tonight England v Scotland kicked off in one of Euro 2020's most tense games.

Scot stars including Lorraine Kelly and Love Island's Iain Stirling proudly lined up behind their national team on Instagram.

Meanwhile England fans Piers Morgan and Mark Wright were at Wembley cheering on the Three Lions in the crunch match.

She danced around to Scotland's adopted anthem Yes Sir I Can Boogie with the pet, who was wearing a shirt with his name on it, she wrote: "C’mon Scotland 🏴󠁧󠁢󠁳󠁣󠁴󠁿."

Her former ITV co-star Piers was at Wembley Stadium, filming the teams, telling fans: "They're a noisy lot, the Scots."

The 56-year-old star posted a shot of him with the players lined up behind him branding the match the "Battle of Britain!"

Mark, 34, shared a video of him tucking into a round of Peronis with Josh and Elliott Wright, following it up with shots.

He later posed alongside his dad, who is also called Mark, writing: "Me and the old man!!" 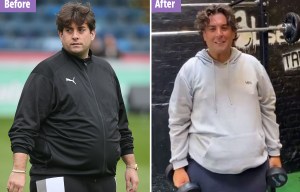 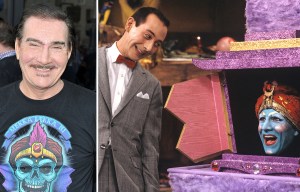 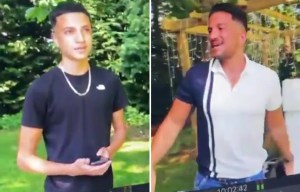 He predicted Scotland would win 4-0 writing: "Dreaming of a huge result today, Kevin Nisbet with the winner."

However, perhaps being diplomatic or simply confused, Kerry Katona posed in a yellow Sweden shirt in a snap shared by pal Ulrika Johnsson.