The past month has witnessed a rise in far-right activity in Greece, a year after neo-Nazi party Golden Dawn was banned in the country. In the northern Greek city of Thessaloniki, police arrested six people and detailed nearly 60 others after clashes turned violent at a vocational high school at the end of September. A group of young people, who were backed by a youth wing of extreme right Golden Dawn, threw petrol bombs and other projectiles at a demonstration organised by left-wing students.

The youths were clad in black, and brandished weapons at their peers on the other side of the political spectrum.

Similar attacks have continued in recent weeks, primarily against activists and students, with video footage of black-clad young people showing a number of the attackers imitating the Nazi salute.

Konstantinos Tsitselikis, a University of Macedonia professor specialising in human rights, told Deutsche Welle that these attacks from the far-right are not entirely unexpected.

He said: "Unfortunately, there are far-right groups in many schools." 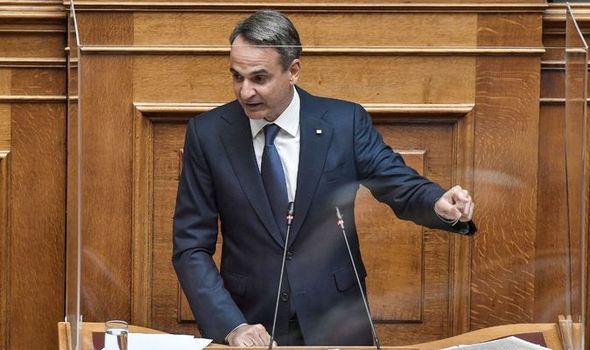 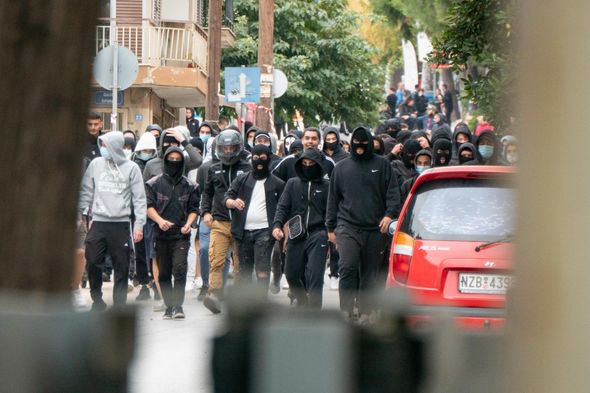 He added: "They are dispersed all over the country, mostly in areas which are economically deprived, where neo-Nazi groups can easily recruit teenagers.

“What is worse is that some teachers tolerate this recruitment or even encourage it. It's a phenomenon that needs more attention."

In 2012, Golden Dawn was the third-most-popular party in the Greek parliament, following the 2008 financial crisis.

However, in 2019, Golden Dawn could not reach the threshold needed to enter Parliament, and its leaders were embroiled in the trial which relegated many to prison. 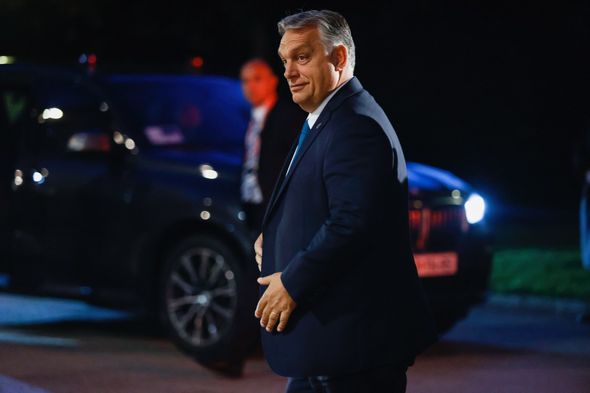 Now, with swathes of ultra-nationalist attacks and openly neo-Nazi displays, speculation has increased as to whether the banning of the Golden Dawn party squashed far-right sentiment, or merely delayed it.

This phenomenon, however, is not exclusive to Greece, as increasing levels of far-right extremism are registered across the EU.

In Spain, ultranationalist party Vox has surged in the polls under vocal leader Santiago Abascal.

DON'T MISS:
Should England bring in vaccine passports? VOTE HERE [POLL]
Charles plots to remove 'all hangers-on' from Firm [INSIGHT]
ULEZ Map: Is YOUR home within the ultra Low Emission zone? Your rig...[MAP] 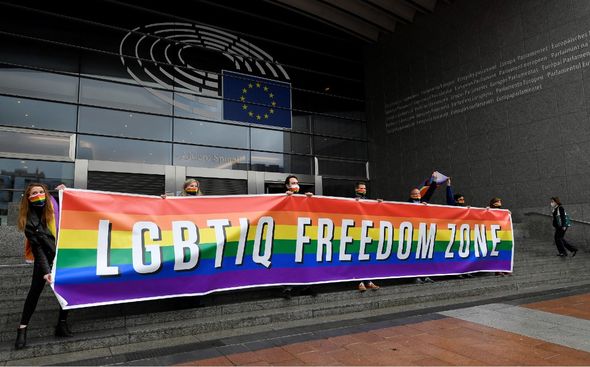 A similar story has played out under Hungary’s Viktor Orban, who recently hosted a two-day summit on the importance of “family values".

Mr Orban said: “Hungary must defend itself because the Western left wing is attacking.”

He added: “It is trying to relativize the notion of family.

“Its tools for doing so are gender ideology and the LGBTQ lobby, which are attacking our children.”

LGBT rights have provided a focal point upon which increasingly far-right movements have converged.

In Greece, an open letter was recently published signed by prominent military, academic and legal figures.

They criticised what they saw as a disappearing sense of Greek identity which they partly attributed to efforts for LGBTQ equality.

In Poland, the declaration of so-called “LGBT-free zones” in certain Polish towns prompted a backlash from EU politicians, who in response declared the EU an “LGBT freedom zone” in March 2021.

The EU resolution declares that "LGBTIQ persons everywhere in the EU should enjoy the freedom to live and publicly show their sexual orientation and gender identity without fear of intolerance, discrimination or persecution".

It stated that "authorities at all levels of governance across the EU should protect and promote equality and the fundamental rights of all, including LGBTIQ persons''.