EU chiefs have demanded that Britain must return the Elgin Marbles to Greece in a new condition for a trade deal.

Athens won a new demand in Michel Barnier’s mandate for the “return of unlawfully removed cultural objects to their countries of origin”.

But the move infuriated No 10 which accused the EU of showing a “troubling lack of seriousness about the negotiations” over future relations.

And a UK Government spokesman insisted: “This is not up for discussion as part of our trade negotiations.”

Ex Culture Minister Ed Vaizey said any attempts to “strong-arm” No 10 would be a “non-starter” as the British Museum owns the marbles.

The row risked souring relations between the two sides a fortnight to the day before talks are set to open.

Greece has repeatedly lobbied for the repatriation of the 2,500-year-old sculptures which were taken from the Parthenon over 200 years ago.

EU sources denied the clause was just about the marbles and said it is targeted at trade in antiquities through London’s auction houses.

A Greek Government spokesman said its request for their return “is eternal, not tied to a Brexit trade deal”.

A British Museum spokesman added: “The British Museum welcomes this mandate and is committed to fighting the trade in illicit antiquities across the world.

“The Parthenon Sculptures were legally acquired and help us to tell the story of human history presented at the Museum.
“They are accessible to the six million global visitors the Museum receives each year.”

The demand comes on the back of Spain exploiting the withdrawal negotiations to pursue its agenda over Gibraltar.

What are the Elgin Marbles?

The Partheonon Marbles, also known as the Elgin Marbles are a collection of classical Greek sculptures dating back to 447BC.

The 7th Earl of Elgin, Thomas Bruce, removed the Parthenon Marble pieces from the Acropolis in Athens while serving as the British ambassador to the Ottoman Empire from 1799 to 1803.

He requested that the Turks, who had previously conquered Greece and occupied the country, to take away the works of Greek art so he could put them in his London home.

Lord Elgin obtained authority to take away sculptures or inscriptions on the grounds that the removal didn't interfere the walls or works of the building.

In 1804, the sculptures were removed from the temple and transported to England. The Scottish aristocrat was accused of looting and vandalism.

They were kept in storage in a damp, dirty shed at Elgin's Park Lane house for two years while he was in prisoned in France.

Finally, nearly a decade of being kept in innapropriate conditions, the government bought the marbles in 1816 to be put on display in the British Museum.

In 1940, a Labour MP asked Winston Churchill whether the marbles would be returned to Greece and the answer was no.

Greece has fought for their return for years but with no success.

The authenticity of Elgin's permit to remove the sculptures from the Parthenon has been widely disputed, especially as the original document has been lost. Many claim it was not legal.

However, others argue that since the Ottomans had controlled Athens since 1460, their claims to the artefacts were legal and recognisable.

The controversy erupted as Michel Barnier hit back at the PM’s chief negotiator over a speech in which he called for a Canada-style deal.

He said David Frost was wrong to describe the bloc’s demands the UK respects EU standards as anti-democratic.

And he warned that the Britain cannot have trading access on the same terms as Canada because it is much closer to Europe.

“We have proposed a trade agreement with a country that has a very particular and unique close geographical proximity, not like Canada.”

The Commission also pushed back against Mr Frost’s criticisms of its Level Playing Field demand, saying that “distance matters in trade”.

A spokeswoman said: “Every trade deal we do has a level playing field element tailored to the specific circumstances of our partners.

“Each deal depends on a number of different factors, including distance, and the level and intensity of trade we have with that particular country.”

Meanwhile Brussels’ trade boss, Phil Hogan, said that Mr Johnson would have to take “full responsibility” for any trade frictions after Brexit. 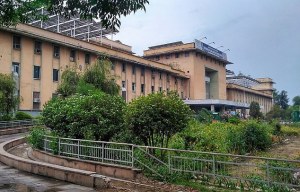 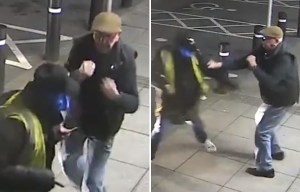 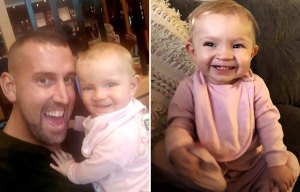 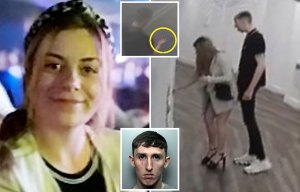 He said: “It’s up to the UK to make sure it doesn’t happen. We’re looking for a level playing field and they don’t seem to want it.”

The Irishman added that Boris Johnson’s plan to diverge from EU rules after Brexit is a “big worry” for British manufacturers.

Yesterday it emerged that the first round of the trade negotiations will take place in Brussels not London.