Crowds have gathered today in Brussels to protest against COVID-19 vaccine passports across the bloc and increased lockdown measures in Brussels. Local journalist Justin Stares reported that local police are using tear gas and water cannons to disperse the protesters. Sharing updates on the protest, he tweeted: "Police using tear gas to clear streets near European Commission", adding: "It's now pretty chaotic."

Reporting from a nearby street he wrote: "If they tear gas this street people could get hurt."

He also said that water cannons are "in constant use".

The EU introduced their Digital Covid Certificate in July, and is available for anyone who has received two doses of the vaccine or has recovered from the virus. 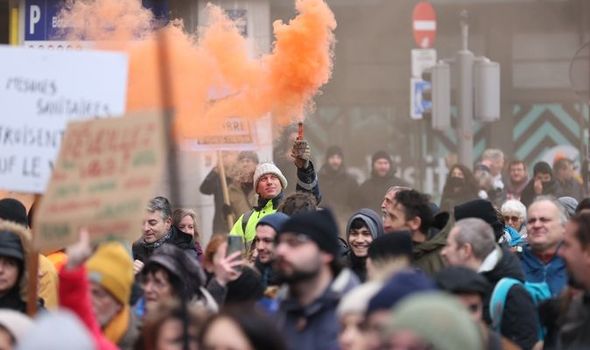 Protesters are being tear-gassed outside the European Commission headquarters in Brussels (Image: Getty) 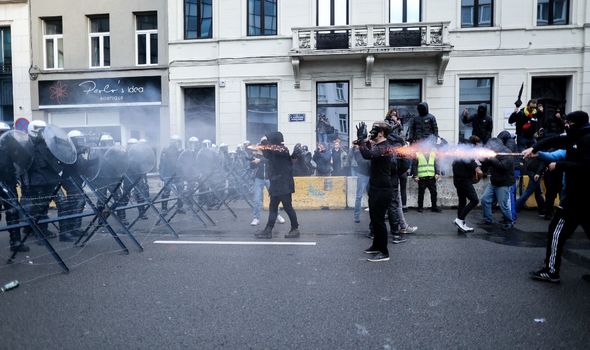 On Friday, restrictions in Belgium were tightened for the third week in a row, when Belgian Prime Minister Alexander De Croo announced that kindergartens and primary schools will close a week early for the Christmas holidays and Children must wear masks from the age of six.

The country has already closed nightclubs and required people to work from home as part of an effort to curb COVID-19 cases.

Bars and restaurants are also required to shut from 11pm, while events held indoors must be seated.

Private meetings, besides weddings and funerals, are banned. 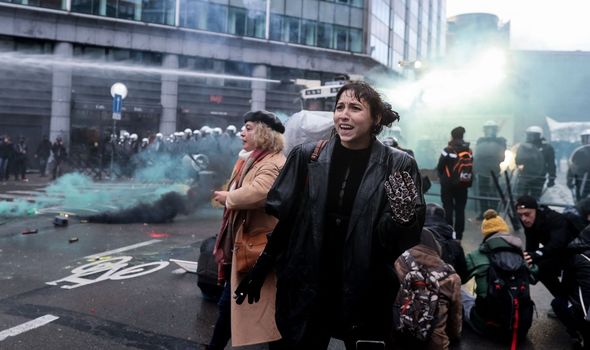 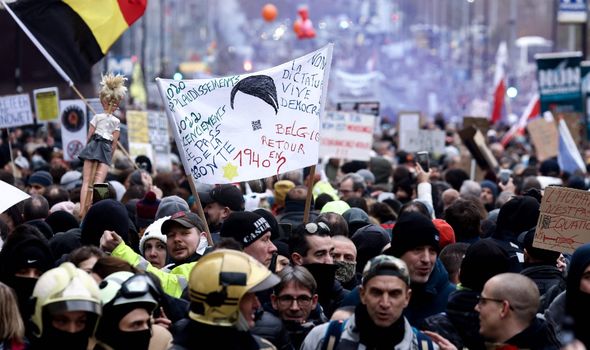 Mr De Croo said 40 percent of intensive care beds were filled by COVID-19 patients and people were not getting the treatment they need, describing it as "a situation that cannot be tolerated".

Today's protest is the second major demonstration in Brussels within the last two weeks.

Another protest against COVID-19 restrictions and the use of vaccine passports was held two weeks before, which resulted in police firing water cannons and tear gas at demonstrators, who were themselves throwing rocks and smoke bombs, witnesses said.

About 35,000 people took part in demonstrations which began peacefully before violence broke out, local police have said. 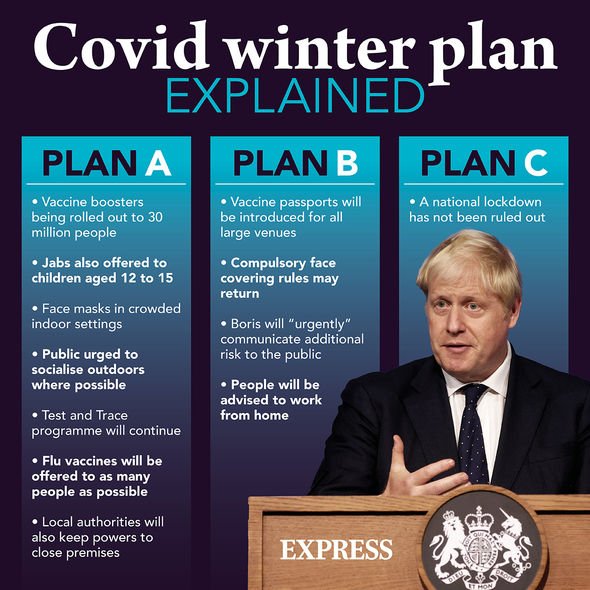 Europe has seen a wave of protests and rioting in response to COVID-19 measures, including mass rioting across the Netherlands in November.

At least seven people were arrested after hooded rioters set fire to bicycles in The Hague.

Riot police used horses, dogs and batons to chase the crowds away and officials announced an emergency order in the city.

According to local police, five officers were injured, with one taken away by ambulance. 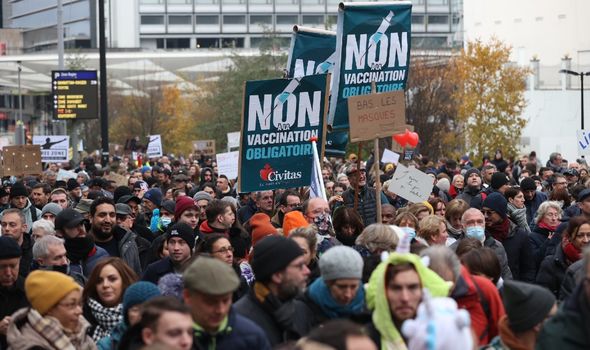 Today's protest is the second major demonstration in Brussels within the last two weeks (Image: Getty)

Previously, the World Health Organisation said it was "very worried" about rising coronavirus cases across Europe.

Speaking to the BBC, Regional Director Dr Hans Kluge said that unless measures were tightened across the continent, half a million more deaths could be recorded by next spring.

He said: "COVID-19 has become once again the number one cause of mortality in our region."

Referring to vaccination, mask-wearing and using Covid passes, he added: "We know what needs to be done."