ETON College has defended its decision to sack a teacher over a "sexist" lecture video.

The firing of Will Knowland, who taught English at the prestigious £42,500-a-year school, has led to 1,000 kids signing a petition demanding he be reinstated.

The row erupted after Knowland posted a lecture video on his personal YouTube channel after school bosses refused to let him teach it in class.

According to the Daily Mail, the lecture questioned "current radical feminist orthodoxy."

Yet, amid accusations of censorship and attacks on freedom of speech, Eton provost Lord Waldegrave defended the all-boys school's decision.

"Everyone accepts, including the teacher concerned, that such freedom cannot be absolute."

"Eton has exactly the same duties under the law as any other school", he said.

The English teacher was dismissed for gross misconduct. His sacking is under appeal.

The lecture titled 'The Patriarchy Paradox' discusses whether masculine virtues such as strength and courage can help women, families and society. 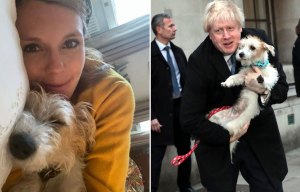 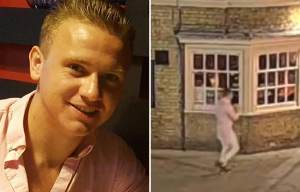 In a letter to the school, Mr Knowland wrote: "The Head Master [Simon Henderson] felt that some of the ideas put forward in my lecture – such as the view that men and women differ psychologically and not all of those differences are socially constructed – were too dangerous for the boys to be exposed to.

"I explained to the Head Master that I wasn't endorsing all the ideas in my lecture, but I wanted the boys to be made aware of a different point of view to the current radical feminist orthodoxy."

Knowland taught for nine years at the school whose former pupils include Princes William and Harry along with current Prime Minister Boris Johnson and former PM David Cameron.

Conte suspended for 2 matches for insulting the referee
Granovskaya on Tuchel: It is not easy to change a coach in the middle of the season, but we are happy to get one of the best coaches in Europe
Thomas Tuchel: I thank Chelsea for their trust, it feels amazing. We all respect Lampard's work
Chelsea will commemorate sportsmen victims of the Holocaust before the match against Wolverhampton
Tuchel has taken charge of Chelsea
Barcelona has confirmed that the presidential election will be held on March 7
The Premier League changed the rule outside the game after a strange goal by City: Rhodri took the ball away, jumping out of the offside, and gave the goal
Source https://www.thesun.co.uk/news/13334708/eton-sack-teacher-sexist-lecture-video/

Girl With No Job Claudia Oshry spills on her plastic surgeries including chin implant, Botox & lip fillers in new book

Everything Boris Johnson said about schools at today's press conference

Warning there will be 'a lot more' Covid deaths as UK passes 100,000 milestone

Liz Hurley claps back at criticism as she says her mum, 80, took topless snap

King Charles! Republicanism when the Queen's reign ends REJECTED in poll - 'No thanks'

Lockdown extended: Will Lockdown be extended past Easter after 100,000 deaths?

Who is Anna Friel and what has the actress starred in?

What time is Marcella season 3 on ITV tonight and who’s in the cast?