JEFFREY Epstein victim Virginia Roberts Giuffre says Ghislaine Maxwell “did things even worse” than the financier did — and claims she was the “mastermind” of her abuse.

Maxwell, 58, is currently locked up at the Metropolitan Detention Center in Brooklyn, New York, after she was arrested and charged two weeks ago with recruiting girls for Epstein — a moment Giuffre that was "just surreal" and "momentous."

"It's one of those life moments that I'll never forget."

Giuffre has said she met Maxwell when she was 16 years old, and alleged that the disgraced British socialite arranged for her to have sex with Prince Andrew three times.

The prince has adamantly denied the accusation.

CBS This Morning noted on Thursday that Maxwell’s lawyers have argued she’s been a “victim of ‘media spin,’” and that she hasn’t done what she’s been accused of.

“They're doing their job,” she said. “But I know that woman. I've known her really well. Put it this way. Epstein was Pinocchio, and she was Gepetto.”

“She was pulling the strings. She had the money, he had the contacts. … But Ghislaine was much more conniving and smart than Epstein ever was.”

Giuffre said that Prince Andrew, with whom she posed for an infamous picture that includes Maxwell in the background, “should be panicking,” as he “knows he’s guilty.”

“He needs to be held accountable. We need to show the world that the rich and the mighty can fall too.”

The Epstein accuser believes that Maxwell has dirt on “very well-known names” including government officials, politicians, and “royalty.”

“Like, you know, they were taping everybody, every moment, when you walked into the New York mansion, to Palm Beach. Everything was being filmed,” she said, adding those who were filmed didn’t know it.

She said that if Maxwell “squeals on some of the people … they won’t be happy with her talking about that.”

Giuffre told CBS she met Maxwell while she was working in the spa at President Donald Trump's Mar-a-Lago residence in Palm Beach, Florida.

She said she was "reading about anatomy and massage, and that's when Ghislaine came up to me and said, 'Oh my god, you're reading a book about massage,'" and told her she "knew of a man who was looking for a traveling masseuse."

Giuffre claimed that Maxwell said if the man "liked" her, she would "get educated and I would become a real massage therapist. So yeah, I mean, it was a dream of a lifetime until I got there, and the abuse was immediate."

"She could smell the vulnerability of a person," she said. "I told them a little bit about my past, and how I'd been abused. So immediately it was like, the Cheshire smile is what I call it."

"I asked her, I said, 'Why are you having all these girls come in and sleep with your boyfriend?' And she was like, 'So I don't have it do it all the time.' You know, so she made, like, a joke out of it."

Giuffre said she believes Maxwell "did it to keep Jeffrey happy," and "because she loves the control over people."

"Jeffrey was a sick pedophile. But she was the mastermind."

Maxwell was denied bail on Tuesday, as US District Judge Alison athan said even the most restrictive form of release would not ensure Maxwell wouldn't flee — especially now that she knows a conviction could result in up to 35 years in prison.

Giuffre said that as an Epstein victim, justice would including Maxwell staying "in jail forever," in addition to an apology "for what she's done to me and so many others."

She said that "it would've been really great to look at [Epstein] in court and say, you know, "You hurt me. You took away my innocence, you took away my youth."

Epstein killed himself in August 2019, weeks after he was confronted by two accusers at a bail hearing.

"I'm really hoping we get to this for Ghislaine," Giuffre said," adding that despite her arrest, "the buck stops when every single monster gets held accountable and our children are safe — not just my monsters, but all the monsters, and we need everyone's help."

Maxwell’s lawyers pushed to have her released on $5million bail, arguing she “vigorously denies the charges, intends to fight them, and is entitled to the presumption of innocence.”

After Maxwell was denied bail on Tuesday, Giuffre said in a statement that she was “thrilled.” 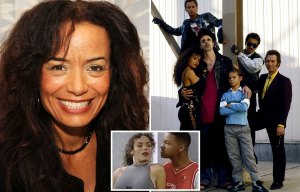 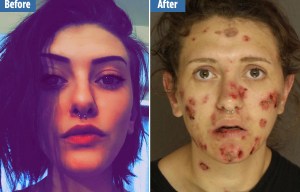 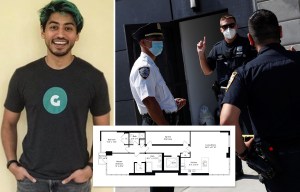 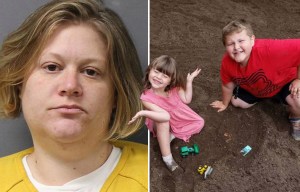 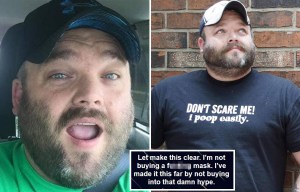 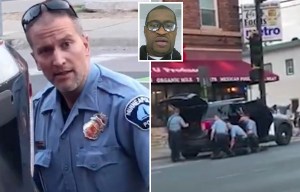 More bodycam from George Floyd killing released... but not everyone can watch

“Without Ghislaine, Jeffrey Epstein would not have been able to fulfill his sick desires,” Giuffre said. “Ghislaine preyed on me when I was a child. As with every other of her and Jeffrey Epstein’s victims, I will have to live with what she did to me for the rest of my life. The rest of her life should be spent behind bars.”

Jennifer Araoz, who has alleged Epstein raped her when she was 15, said she was “once again able to take another breath as Ghislaine Maxwell will be in jail until at least her trial date next July.”

She added: “Knowing that she is incarcerated for the foreseeable future allows me, and my fellow survivors, to have faith that we are on the right path.”

Sanchez finished the match against Bayer, despite the injury
Solskjaer is the fifth coach with whom Manchester United reached the semi-finals of the European Cup
Manchester United are set to buy Sancho this summer despite Borussia's claim that he is staying
Shirokov beat the judge at an Amateur tournament: promised that # # # # # [vdarit] for a red card-and # # # # # [vdarit]
Brunu has scored 11 goals in 20 games for Manchester United. 7 of them were penalties
Lukaku has scored in 9 consecutive Europa League games. This is a tournament record
Konstantinos Tsimikas: Liverpool is the biggest club in the world. I supported them as a child
Source https://www.thesun.co.uk/news/12141653/ghislaine-maxwell-virginia-giuffre-epstein-accuser-mastermind/