JEFFREY Epstein's ranch manager allegedly vanished after his death while his other associates will be "paranoid" over news of Ghislaine Maxwell's arrest, an ex-employee claims.

The late pedophile, who was accused of trafficking and raping women at his properties including the sprawling Zorro Ranch estate in New Mexico, had a number of staff members who are not believed to have spoken to authorities.

This includes mysterious manager Brice Gordon and his wife Karen who lived in the quiet town of Stanley on the 10,000 acre ranch from the early 2000s, according to property records.

Sources have told The Sun the pair seemingly "disappeared" as the case exploded last year and Maxwell went into hiding, with locals speculating they packed up and moved to New Zealand.

Ean Royal, who once lived on the land as a teen with his dad, Epstein's ranch hand, told The Sun: "I can't believe Karen and Brice have hardly been spoken about, they're ghosts.

"They're smart people, they wouldn't have been where they were with Epstein if they hadn't have had some level of intelligence.

"I'm sure they'll definitely realizing how bad things are, they're being tactical that's for sure."

He added: "They oversaw the ranch, there's a lot of land out there and a lot of maintenance.

"Whenever he had visitors he was making sure the ranch was taken care of, and Brice and Karen were the two that he would talk to to make sure that happened."

Asked how he thinks Epstein's other associates will be feeling, he said: "They will be pretty paranoid, it's only a matter of time..

"This is definitely a step towards justice, but there are still a lot of missing pieces of the puzzle that we're still finding as we build it."

The Sun has made numerous attempts to contact the couple, who have no confirmed address in the US or social media presence.

Brice is also listed as the manager of Epstein's Zorro Trust and their old contact details are featured in his infamous 'Little Black Book'.

Angie Poss, a New Mexico State Land Office spokeswoman, told press last year employees had not responded to requests by her agency to inspect the ranch and there was no answer at the gates.

The state's Attorney General canceled a lease agreement for 1,200 acres, and Cypress Inc, a company associated with Epstein, attempted to sue before reaching a non-monetary settlement.

Frank Fisher, public affairs specialist for the FBI's office in Albuquerque, refused to comment on whether they had reached out to Brice and Karen, and told The Sun there are "no announcements" regarding any investigation or raid.

Ean, whose dad refuses to speak about their time working for Epstein, claims he only ever briefly met the disgraced financier once and was not allowed to know his name, while the pair were unaware of what went on in the main house on the grounds - situated on a hilltop.

He described the home as being "super lavish," while it is believed to be the only property of Epstein's not to have been raided by the FBI, with at least one ranch hand still looking after cattle on the land.

"I'm sure it hasn't," he said. "I'm surprised, it would make sense to, with the charges against his ex-girlfriend you would assume that would be enough to warrant some kind of search of the ranch."

Zorro Ranch includes many bedrooms, an indoor pool, log cabin, stables, and even its own airstrip, along with an antique railroad car and train tracks.

Epstein's 'madam' Ghislaine Maxwell, who was busted at a $1million hideaway on Thursday in Bradford, New Hampshire, is said to have been a regular visitor to the property on his private jet, with former employee Deidre Stratton describing naked photographs of her and young girls on the walls.

She previously claimed: "Ghislaine thought she was quite the photographer, and there would be photographs of, you know, like breasts, and not necessarily who they were attached to.

"I remember this one photo of ... I think two other girls in a bathtub, and they were naked."

She alleged Prince Andrew stayed at the home with a mystery woman in 2001, while victims have spoken out about how they were raped and sexually assaulted on the premises.

Andrew strongly denies any allegations of sexual misconduct made against him.

Deidre admits she knew Epstein liked massages, and once scared a young woman off, but was in the dark about the true extent of his sordid behavior.

Jared Kellogg, a security analyst based in Albuquerque, also previously told of a conversation with Brice Gordon while working at the property - who claimed the Clinton family had visited.

"I spent literally only 20 minutes with him and Brice asked me to consult with him on some cameras," he told insidesources.com.

"On and off he would tell me the Clintons had stayed there.

"I had no idea who Jeffery Epstein was when I first met Brice," he added, saying he only discovered his connection to Zorro Ranch when his crimes made headlines. 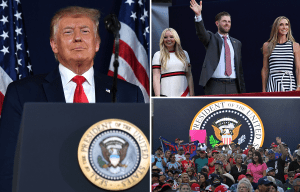 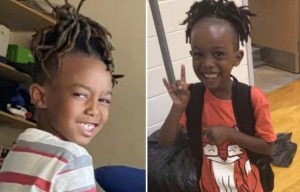 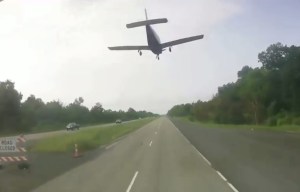 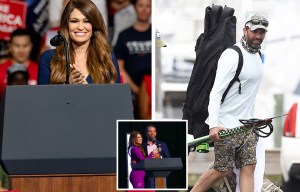 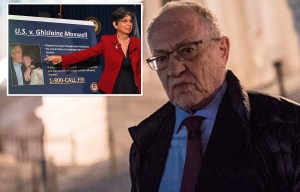 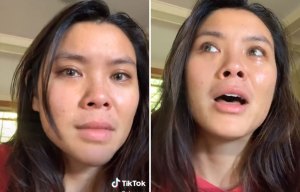 Meanwhile, Ean says he is shocked by Ghislaine's location after she was arrested in New Hampshire, saying: "I assumed she'd be on an island or something, not in the US.

"The sad part is if she's put in prison she'll probably get good treatment because she's rich, right? Hopefully that's not the case, but we'll see."

The Sun has contacted The FBI in New Mexico and Karen and Brice Gordon for comment.

Ghislaine Maxwell denies all allegations of sexual misconduct made against her.

Conservative Party spring conference to be held in Newport