ENGLAND will banish the demons of 2015 and bring the Six Nations title back to Twickenham today.

The last time the championship ended on this much of a nail-biter was five years ago.

That was when we had the monumental task of beating France by 26 points — and missed out by six.

Not this time, though, because this is England’s title.

Owen Farrell and the boys are in the driving seat and the only thing that could count against them is a bit of rustiness.

And the way boss Eddie Jones trains them, and his selection of Test match animals for Rome, shows he really means business.

I can’t see them being gung-ho from the off at the Stadio Olimpico, like in our Twickenham frenzy against France.

Though that game did demonstrate that with the right mindset, quality of players and coaching, the Six Nations can be pretty spectacular.

Even though we had beaten France by 20 points, it was as if we had lost as we finished runners-up again.

The changing room was like a morgue afterwards and no one was talking. 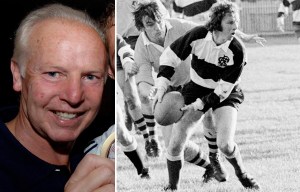 Who is Alun Wyn Jones' wife Anwen and when did the Wales Rugby star marry her? 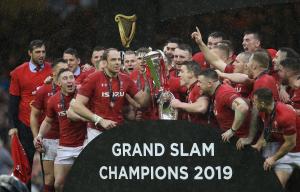 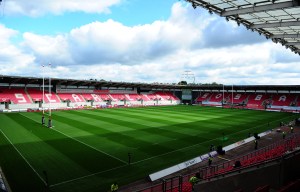 Why is Six Nations clash between Wales vs Scotland being played in Llanelli? 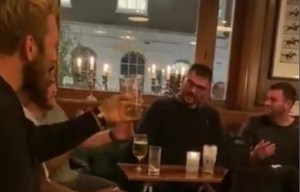 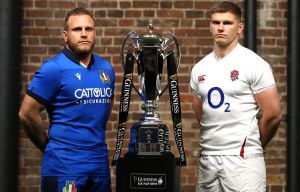 We paid the price for being sloppy the week before and losing to eventual winners Ireland earlier in the tournament.

This time, if there are easy points on offer, I think Farrell will kick them and they will back themselves to wear the Italians down.

Our amazing points chase came about after butchering a few against Scotland a week before. Playing last, we knew exactly what we had to do on Super Saturday.

I remember watching the Wales game at Pennyhill Park in the morning and Italy were putting up a fight before Warren Gatland’s boys streaked clear.

On the bus to the game, people were still texting and you were double-checking your phone to make sure we knew what we needed to do.

But my abiding memory was the complete lack of fighting spirit and pride from Scotland as they got absolutely pumped at home.

It still disappoints me to this day — they got hosed by 40 points to ten to Ireland and put up no resistance… you can tell I’m a bit bitter still!

After going 7-0 up in the first minute against France it was like, ‘Oh my, we are going to do this’.

With Maro Itoje, Jonny Hill has the X-factor and ability to be one of the best second-rows in the world

But the French recovered before we wrestled back the lead. When I came on for the last 20 minutes, we would score a try and be on the cusp of glory, then leak another.

We knew the French wouldn’t lie down. You never really ran away with the win at Twickenham, even though their record there wasn’t great.

Italy have never beaten England and under Franco Smith they will be much more expansive — but that gives England the chance to sniff out chances.

England will go at it with powerful ball runners, not forcing it and just looking to outstrip them with numbers and power.

Second-row Jonny Hill will add to that on his debut and he has been on fire for Exeter Chiefs.

He’s physical, brilliant at the line-out and extremely athletic for a guy who is 6ft 7in.

Hill is ready for Test rugby and I think he will be here for a while. With Maro Itoje, Hill has the X-factor and ability to be one of the best second-rows in the world.

He has a winning mentality at Exeter and those long Go Go Gadget arms to reach out for the tries and offloads.

I think Jonny and Maro could be one of those revered partnerships to rival Martin Johnson and Ben Kay or Bakkies Botha and Victor Matfield.

Lastly, what a landmark day for my old mate Ben Youngs.

I’m sure the right words would have been said last night and I know Youngsy won’t even be thinking about getting 100 caps today.

He will just be saying to the lads in the dressing room: ‘We’ve got a job to do — let’s go and win a title’.

Sadly, his special Red Rose moment can’t be savoured and cherished with friends and family afterwards in front of a full capacity crowd due to the Covid-19 crisis.

But it will mean no less to Lenny and all he will want is to cap the day off with the trophy.

Aspilicueta on the match against Tottenham: Chelsea always want to be the no 1 club in London
Tebas on Messi: I Want to see Leo in La Liga as well as Mourinho, Pep, Klopp, Ronaldo
Farewell to Maradona in Argentina: there were only relatives, buried next to their parents
Maradona was buried near Buenos Aires next to his parents
Mourinho on Maradona: We can find his football on Google, but we won't find Diego there. I miss him
Fabio Capello: against such a mediocre Real Madrid, Inter could have played better
Ibrahimovic met with the Swedish national team coach in Milan
Source https://www.thesun.co.uk/sport/13069250/england-banish-demons-six-nations-glory-nick-easter/