ENGLAND must stop looking ahead to The Ashes and focus on defeating “virtually unbeatable” India in their own backyard, urges Graeme Swann.

Joe Root – whose side start their second match against Sri Lanka today – and Co take on Virat Kohli's superstars in four Tests in the subcontinent next month.

Swann believes there is already too much focus on the Oz series this winter, which he reckons is not needed as Australia are not the best team in the world anymore.

And the 41-year-old wants them to learn from past mistakes and take on spin like Kevin Pietersen did the last time the Three Lions won a series in India back in 2012.

The Betfair Ambassador said: “I hate looking for long-term because I always think 'what are you aiming for, when is the long-term?'.

“England always saying 'well the Ashes are coming up'. B***ocks to that.

“We have to move away from looking forward to the Ashes series. It's a mentality ingrained in this country.

“Australia are not the best team in the world anymore. They used to be, by miles, and they were the benchmark to strive for.

“They're not now, but we're obsessed with this. I think beating India in India is a far higher thing to strive for right now.

“They're virtually unbeatable in India since we beat them in 2012. Why isn't that the whole thing?"

He added: “Why aren't people saying 'right, this is a chance to get this team with good players of spin, use their feet, change the whole way we face spin bowling, and then we can beat India'. 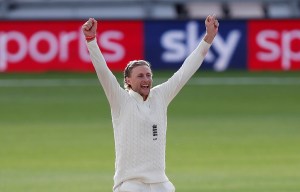 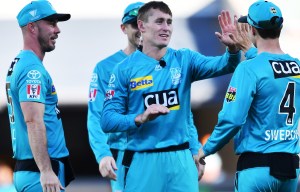 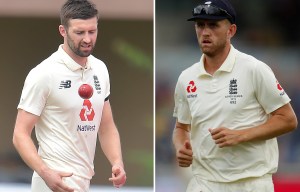 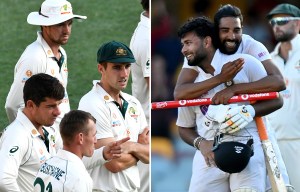 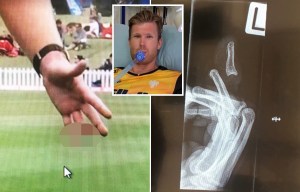 “We're not going to beat India unless spinners are taking wickets and then we've got someone batting like we had with Kevin Pietersen.

“He changed the way England had ever played against spin. He was ultra-aggressive. Let's face it KP was a brilliant player and he batted unbelievably well there.

“We haven't done it since, we haven't learnt from how Kev batted on that trip and haven't gone on and used that as the blueprint”

For more from Betfair Ambassador Graeme Swann, head to Betfair.com/swann

Go pick cotton. Lille midfielder Renato Sanches was subjected to racist abuse in the French Cup match against Gazelek Ajaccio
Mestalla one on one with nature: without fans the stands at the Valencia stadium are overgrown with grass 🌿
Guardiola on the end of the series: Sometimes you need to lose to understand how difficult it is to win 21 times in a row
Manchester United surprised by the pressure. They also stopped Gundogan (sacrificing the density in the support area), but KDB could bring City back into the game
Real Madrid director Butragueno on Atletico player's hand: It's a penalty. We were again unlucky with referee Hernandez
Mourinho on Tottenham's 100 goals of the season: Not bad for a defensive and poor team
Coman has rejected Bayern's offer of a new contract until 2026

Celebrity birthdays for the week of March 14-20

Malala takes her passions to the small screen with Apple

James Martin walks off This Morning over Phillip Schofield remark

HS2 compound on old airfield gets go ahead

How Man City could line up with Messi, Haaland, Grealish and Rabiot as Guardiola plots staggering transfer overhaul

These 8 stories are a feminist’s must-read

EU lawmakers to vote on fate of former Catalan president

Weather forecast UK LIVE – Spring is OVER, temperatures will plunge and gale force winds will batter Britain within days

Greater Manchester's most inspiring women, as nominated by you

I won’t spend a penny I don’t have to, I won’t have my car fixed and I reuse mouthwash to save money

Pharmacist honoured for her work during covid

Racist comment did not come from Queen or Prince Philip, says Harry

Prince Philip and Queen 'not behind comments about Archie's skin colour', Oprah confirms

Woman, 26, dies after being hit by scrambler bike as rider seriously injured

When are beer gardens open again?

Woman, 38, dies after 'suffering medical episode' as three are arrested

Will Mellor's cat story leaves This Morning fans in stitches

Harry reveals he’s living on Diana’s inheritance: ‘I have what my mum left me’

When does Amazon’s The Rig start?

Yellow weather warning issued for the whole of England and Wales

Picture of man suspected of being abducted at Blackburn Tesco

Scotswood Bridge to be partially closed at the weekend for maintenance

UK has one of the lowest Covid rates in Europe – even before we see benefits of 20m vaccine rollout, top expert says

Who is in the cast of Amazon’s The Rig?

International Women’s Day: Women in the live music industry on what they love about their careers, and what needs to improve