ENGLAND fell to an opening Test defeat to the West Indies at the Rose Bowl.

The Windies took the spoils in Southampton by four wickets, with Jermaine Blackwood helping himself to a match-winning 95 runs in the second innings.

Jofra Archer inflicted plenty of anxiety and bruises but the Windies got there in the end.

Few would begrudge them.

Archer’s best and most hostile bowling for almost a year forced Jason Holder’s team to work damn hard to win the first Test.

When they subsided to 27-3 with opener John Campbell retired hurt, the visitors were massive underdogs to secure what is nothing short of a fairytale victory.

But Blackwood scored 95 and repelled all that Archer and the other England bowlers could hurl at him.

Four wickets were all that separated the sides and we discovered that a cricket match behind closed doors involving under-cooked players can be a captivating occasion and a roller-coaster of fortunes.

England had chances on the final day - they dropped a couple of catches and fluffed a run out - but the Windies remained dominant for most of the game.

Holder’s team deserve enormous kudos for being here in the first place and saving England’s summer, not to mention hundreds of millions of pounds of TV money.

Nobody could have blamed them for staying in the virtually Covid-free Caribbean.

And Holder himself has confirmed his status as a cricketer of enormous substance, both for unifying his multi-national team and his dignified conduct during the Black Lives Matter debate.

It was fitting that Holder should be at the wicket when the returning Campbell struck the winning runs.

Nobody typifies the increased discipline and professionalism of this Windies team more than Blackwood, a one-time dasher/slogger who batted with control and maturity to guide his team to victory, without losing his naturally aggressive streak.

Blackwood put on 73 with Chase for the fourth wicket and then 68 with
Shane Dowrich for the fifth.

Archer took two wickets in his opening burst by bowling full and then
bounced out Roston Chase during a searing second spell, studded with
short stuff.

The speed gun might not have been showing 90mph-plus but there was no doubting the hostility of Archer’s offerings.

His bouncer is such a shock weapon because of the way he apparently ambles to the stumps.

He has not bowled so well since last summer’s Ashes.

Stand-in skipper Ben Stokes said: “Jofra was a huge threat every time he had the ball in his hand.

"He got into a little battle with Blackwood, which was great to see.

“Jofra is an X factor player but he is also very skilful.

"He really cranked it up with the old ball today.

“I have a good relationship with Jofra and I think he trusts me.

"I asked him to leave everything out there and run through a brick wall for me.

"It was great to see Jofra running in like that but we shouldn’t build him up too much, like some people did after the World Cup before knocking him down again.”

England have some questions to answer.

With hindsight, they should have bowled first because Stokes’ insertion condemned his team to the worst batting conditions of the match.

Stuart Broad should have played ahead of Mark Wood and surely it will
be Joe Denly - rather than Zak Crawley - who makes way for the return
of Joe Root at Old Trafford on Thursday.

Stokes will absolutely hate giving back the leadership with England 0-1 down but his personal contribution was strong - scores of 43 and 46 and six wickets.

In the morning, England’s final two wickets added 29 runs meaning the Windies’ target was an even 200.

Campbell was struck on the right toe by an Archer yorker and retired
hurt a few balls later and then Kraigg Brathwaite defended tentatively
to Archer and the ball deflected onto the stumps.

Shamarh Brooks was plumb lbw to Archer and Shai Hope, after a couple
of classy cover drives for four off Jimmy Anderson, was bowled through
the gate by Mark Wood, via his thigh.

Blackwood was dropped by Jos Buttler down the legside off Stokes and
should have been run out following a mix-up with Chase, but Zak Crawley fumbled the ball at cover.

Chase, on 37, could not avoid a snorter from Archer was caught by Buttler.

Shane Dowrich was given out caught at slip off another Archer lifter but DRS showed the ball came off Dowrich’s elbow.

Dowrich was caught by Dom Sibley at slip off Stokes for 20 but it was a no-ball.

Next delivery, however, Stokes induced another edge and Buttler did the rest. 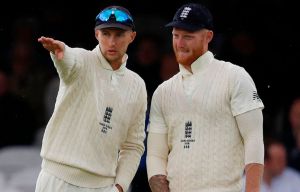 Why isn't Joe Root playing for England against West Indies? 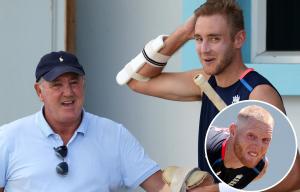 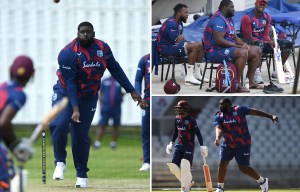 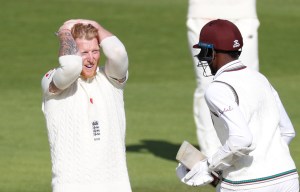 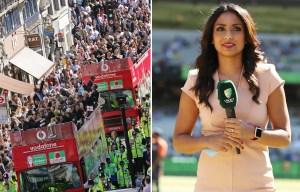 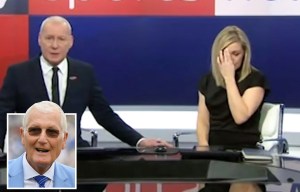 Was there going to be a Stokes-inspired dramatic twist?

Blackwood tossed away a likely century by driving Stokes to mid-off but Holder and Campbell completed the job.

The second Test of the series will take place at Old Trafford between 16-20 July.

Barcelona and Bayern have won the Champions League 10 times. 6 other participants of the 1/4 final of 0 cups
Gennaro Gattuso: Napoli fell asleep for half an hour and gave Barca victory. We dominated and hit more often
Lewandowski finished off Chelsea: 2 goals and 2 assists. His statistics this season are more than space
Barca flick: Not focusing on Messi. We want to show our strengths
Lewandowski scored 7 (3+4) points in two games with Chelsea and participated in all of Bayern's goals
Messi has been scoring in the Champions League for 16 years. More only have Raul-17
Luis Suarez: the main Thing is that Barcelona goes further. Bayern are one of the candidates to win the Champions League, just like other teams
Source https://www.thesun.co.uk/sport/12102865/england-lose-series-opener-as-west-indies-renaissance-continues-with-sensational-win-against-failing-home-bowlers/