BERNICE Blackstock devastates her daughter Gabby Thomas next week in Emmerdale when she refuses to let her move to Australia to be with her.

The teenager has been wallowing in her misery ever since the sudden departure of her mum at the end of last year when she left Emmerdale village after her other daughter Dee Dee’s dad Charlie was badly injured.

Gabby received another blow earlier this month when she discovered that her mum was selling the salon and cutting ties with the village forever.

And in a shock plot twist this week, Leyla will discover that Gabby was the one stalking her after she jumps out at her in her office and recognises her face.

Viewers know that Leyla has been living in fear ever since someone trashed her office back in May.

But next week’s episodes of Emmerdale will see Leyla take a sympathetic approach towards her stalker as Gabby despairs over the fact that Bernice won’t let her move to Australia to be with her.

After confiding in Leyla about how miserable she is, she’s relieved when the wedding planner covers for her and keeps the stalking incident a secret from Nicola and Laurel.

Later, Leyla makes another kind gesture and offers Gabby an apprenticeship at Take a Vow.

The upcoming scenes will see Gabby stunned by Leyla’s kindness.

Could the apprenticeship be what Gabby needs to turn her life around?

Speaking about her character Leyla's stalker ordeal, actress Roxy Shahidi told the Radio Times: “After the incident in the office she tells Liam she’s scared someone is going to stab her in her own bed. 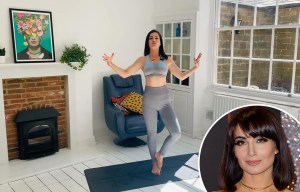 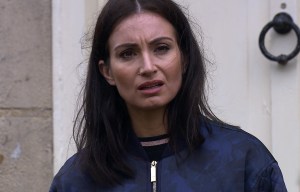 Emmerdale's Leyla is 'relieved but confused' that Gabby is her stalker 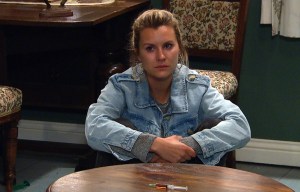 10 Emmerdale spoilers for next week including Malone’s gruesome murder 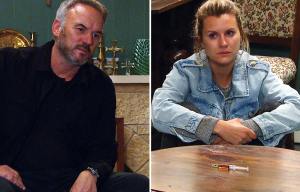 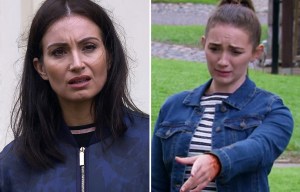 “Literally using those words, because every part of her world is being invaded. It’s terrifying and very real to have someone in your space like that.

“Leyla doesn’t just cower in the corner though, she throws something at them, but she’s definitely very scared. Being broken into and someone hiding in the dark is the climax of all the scary events.”

Talking about Leyla’s reaction to discovering her stalker’s identity, Roxy added: “Leyla can be very empathetic, forgiving and understanding, but equally she will stick up for herself and won’t be walked all over.”

Benteke alli at PSG: Playing with Neymar and Mbappe will raise his level. Dele will be great
Sandro Tonali: Zlatan is an example for Milan and an idol for everyone
PAOK FC have signed striker Colak. He was in the top 3 for goals in the Croatian League last season
Stan Collymore: bale at Tottenham is a move for losers. Tiago in Liverpool-Champions deal
Turkey is changing the limit on foreign players for the 9th time in 15 years. It seems that the tightening was lobbied by Erdogan and agents
Jovic wants to return to Eintracht Frankfurt. He doesn't like Zidane's attitude
Gary Neville: Manchester United need 4-5 players and only one has been acquired. There are no excuses for this
Source https://www.thesun.co.uk/tv/12340257/emmerdale-spoilers-bernice-blackstock-rejects-gabby-australia/

Arc Betting Preview: Tips, racecard and odds – Love the one to beat, but Gosden might spring a surprise

The hectic League Cup schedule that has everybody talking

Chelsea star Kepa is ‘doing what he does best – mistakes’ and Edouard Mendy is ‘far better’, says legend Frank Leboeuf

‘Another time’: Trump declines to answer question on whom he believes poisoned Putin critic Alexei Navalny

Going by Michael Gove’s advice, coronavirus knocks off at 10pm and won’t follow us home for the after-party

What the new village in South Shields will look like

Covid tests being rationed in Camden

Harrow Borough progress in the FA Cup with Beaconsfield victory

In pictures: The new shipping container village in South Shields

Dancing on Ice lineup as contestants for new series are confirmed

Cops to clamp down on people deliberately flouting coronavirus guidelines

Coronavirus: Are the rules on wedding ceremonies changing again?