MARLON Dingle has been charged with the murder of Graham Foster in Emmerdale.

After he was kept in a cell overnight, the police believe they have found enough evidence to charge the pub chef with the heinous crime.

The cops bought Marlon to the police station after Priya Sharma told them she had seen an incident at Hawkesford Open Day, where Marlon had pinned Graham against the door of his car and threatened to hit him because he thought he had taken his children April and Leo.

The cops continued to pile the pressure on Marlon when they mentioned he was alone in the woods close to where Graham's body had been found and around the time he was killed.

The father-of-two tried to defend himself and told them he had arranged to meet Graham in the woods, but he did not show up and he did not see him when he eventually arrived.

The cops then bought up Marlon having motive to kill the former businessman, as well as mentioning the fact that there is no love lost between the pair.

Things then got worse for the lovable Dingle character after the police searched his house and found the torch Pierce Harris used to land the fatal blow to the back of Graham's head.

His blood was on the torch and as Marlon had held it earlier in the day during when he confronted Graham at Hawkesford and his fingerprints were on it, which led the police to believe they had got their man.

Marlon denied the torch belonged to him and had no idea how it ended up in his house.

Fingerprints of the chef's were also in the 4x4 that was used to knock Graham over and following this compilation of evidence, Marlon now faces impending doom, but will the truth come to light in time? 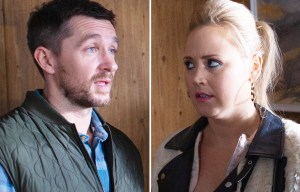 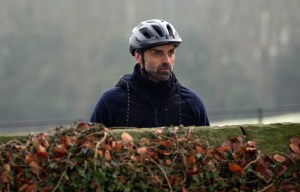 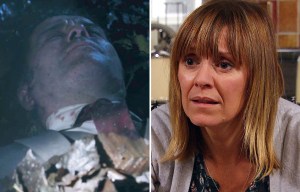 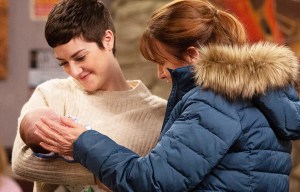 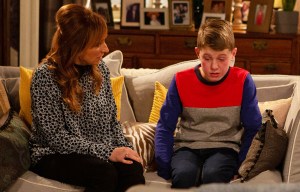 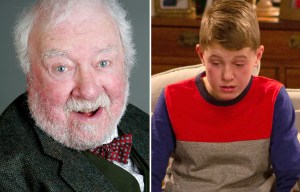 Avid fans of the ITV soap felt sorry for Marlon and hope he will get released from prison.

And another said: "Poor Marlon, everybody pointing the finger at him. Where has Pierce disappeared to. #emmerdale"

Poor Marlon, everybody pointing the finger at him. Where has Pierce disappeared to. #emmerdale

ADVERTORIAL: Here’s how you can win tickets to the Women’s Six Nations when Scotland take on France

Coronavirus: how serious are disease outbreaks on board cruise ships?

Coronavirus: What is self-isolation and who needs to do it?

Fire at Clydebank treated as 'targeted attack' by cops

Inside Tyson Fury’s relaxed dressing room before Wilder win as he kisses Paris, dances and asks trainer to wipe his bum

Distressed girl, 6, begs for help as she's arrested for misbehaving in class

Coronavirus could kill half a million Britons and infect 80% of UK population, government documents indicate

ADVERTORIAL: Five common causes for hair loss and how you can combat it

Hail, sleet and wintry showers on the way as Met Office issues another ice warning

How to spend a week in Dubai

KRissi Healey, 16, has been missing for two days

Is Harry technically still a Prince? Duke of Sussex tells people not to use title

When do the clocks go forward in 2020 and will my phone update automatically?

Coronavirus: WHO says more new cases outside China every day than inside - live updates

Fags, Birds and a Couple of Guns, Nancy Fouts retrospective at Hang Up Gallery