EMMERDALE viewers are int ears after Vanessa Woodfield was told her cancer had spread.

The vet - who is played by actress Michelle Hardwick in the ITV soap - was told her cancer was at stage three and had spread to her lymph nodes in emotional scenes tonight.

However the doctor was positive and told her she had every chance of living with the correct treatment.

But Vanessa couldn't take it all in and broke down with girlfriend Charity Dingle at the prospect of her battle ahead.

It was too much for viewers who sobbed at her plight.

One wrote: "Nooo! The cancer has spread."

Another added: "If Vanessa dies I'm never watching Emmerdale again. Her and Charity are made for each other and it's so nice seeing Charity finally find love and settle down. They cant ruin it."

However, fans are also speculating that Vanessa could die after spotting an important clue.


One fan wrote: "Uhp! The fictional lesbian curse strikes again. Couple is happy for five minutes, so now of course one of them is probably gonna die."

Another added: "I swear if Vanessa dies and vanity is erased i will not be held responsible for my reactions!!! Protect her at all costs."

A fourth wrote: "If Emmerdale kill off Vanessa.... the lesbian queen...... I will come for their throats."

Kidnapped Vanessa Woodfield discovered she had bowel cancer whilst she was kept hostage by Pierce.

The vet had a letter confirming her diagnosis read out to her by kidnapper.

This important storyline will play out on Emmerdale over the next few months as Vanessa comes to terms with her diagnosis and symptoms, shares her concerns and undergoes extensive treatment.

The Emmerdale team have been working with charity Bowel Cancer UK regarding this storyline and The Sun also launched a campaign for bowel cancer screening tests at 50, which was rolled out across England by the NHS last October.

END OF THE ROAD? 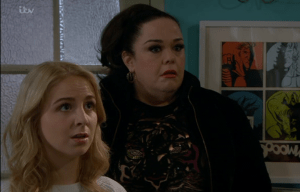 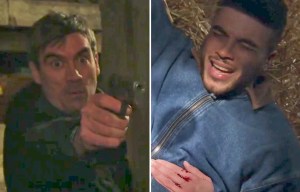 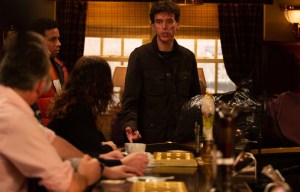 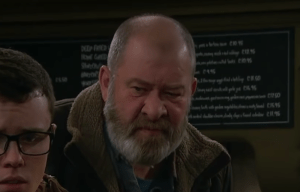 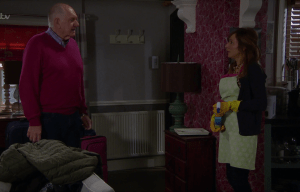 Speaking about her new storyline, Vanessa actress Michelle Hardwick said: "This is such a challenging storyline, but we’ve been working closely with Bowel Cancer UK, who have been enormously helpful to me in researching Vanessa's symptoms and treatment.

"I hope to do Vanessa’s story justice. I was actually really shocked to learn that bowel cancer is the fourth most common cancer in the UK and the second biggest cancer killer, but diagnosed early is treatable."

Genevieve Edwards, Chief Executive at Bowel Cancer UK added: "This storyline will help to raise awareness of bowel cancer, and we hope it encourages viewers to recognise the symptoms and visit their GP if they’re concerned."

Will Vanessa tragically lose her fight against bowel cancer?

Girl's adorable note left on the Metro during lockdown

Cat tests positive for coronavirus after catching bug from owner

Coronavirus news you might have missed overnight: Concern over asylum seekers and children in custody raised amid coronavirus measures

Neville outlines plan to save the 2019/20 Premier League season

Rare look inside homes of LFC and EFC players on lockdown

Tributes paid to 'fantastic guy' who died in hospital from coronavirus

Meghan Markle and Prince Harry news: Is THIS the real reason Meghan and Harry moved to LA?

Inside 180 year old cottage with a surprisingly modern interior