NOTHING was off limits for Emily Atack when writing her new ITV2 solo stand-up series.

In The Emily Atack Show she tackles everything from one-night stands to being sent unsolicited lewd pics.

In an exclusive chat ahead of the six-parter, which starts on November 4 at 10pm, Emily said: “Discussing one-night stands shouldn’t be such a terrible thing as a woman.

“Blokes are allowed to talk about them until they’re blue in the face so I’m just, like, whatever.

“Sometimes one-night stands can be a great thing, sometimes they’re a disaster and I think everyone can relate to that.”

So it should come as no surprise that the 2018 I’m A Celebrity runner-up is happy to chat about her more PG-rated dates too.

Earlier this month she was pictured in The Sun getting passionate with model Charlie Edwards on a night out. She said: “I’m enjoying dating and definitely having fun.

“When we went into lockdown, I bloody panicked. I live for going out and flirting. I need to be linking someone’s arm and snogging someone in the street!

“Sometimes I’ve dated simply to make myself feel good. It’s a lovely excuse to put on a nice outfit and some make-up and go out . . . flick your hair and show the person who you are and have a lovely evening.”

But it’s not all fun and games for Emily, who says she often gets sent vulgar messages from men — which leave her questioning her own lack of filter.

She said: “If you’re a woman stood there talking about sex, it’s that age-old thing of, ‘Well, I’ve got my cleavage out and I’m talking about sex, therefore you have a right to squeeze my a**e and say really disgusting things to me’.

“I’m not f***ing having that. Not a chance. I thought writing something and expressing how I feel would help in some way — and the response I got was incredible.

“I hate to admit it, I did start to doubt myself and worry about the stuff I’m putting out there. 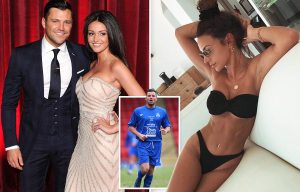 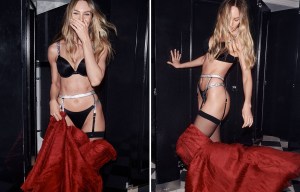 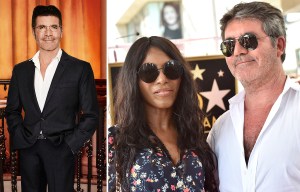 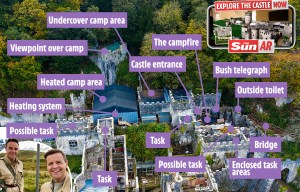 “But I’m overcoming that by talking about it, standing on stage and airing how I feel. I shouldn’t be questioning the way I am behaving — it’s those people that should.”

As one of the nicest women in the business, Emily deserves to be treated as such.

I can’t wait to see her calling us all to attention next month.

Cherevchenko is the best RPL coach in November. He was ahead of Semak and Tedesco
Ronaldo on 750 career goals: Thanks to loyal opponents. You made me work harder every day
Neymar on reuniting with Messi: next year we have to do it
Scott Micromini: I hope Manchester United will win Leipzig and away
Lampard on whether Giroud will start in the Premier League: we'll See. Forward scored 4 goals for Sevilla
Lucescu after 0:3 with Juve: Dynamo is learning, getting experience and should go to the eurovesna
You can't be half-pregnant and half-make the playoffs. Tuchel on PSG's chances in the Champions League
Source https://www.thesun.co.uk/tvandshowbiz/13020600/emily-atack-one-night-stands-dms-itv-show/

LASK vs Tottenham on TV prediction: How will Europa League fixture play out tonight?

As Arsenal fans return to the Emirates, Mikel Arteta requires their support

Zorya vs Leicester live stream: How to watch Europa League fixture online and on TV tonight

Is Zorya vs Leicester on TV tonight? Kick off time, channel and how to watch Europa League fixture

Is AC Milan vs Celtic on TV tonight? Kick off time, channel and how to watch Europa League fixture

Is LASK vs Tottenham on TV tonight? Kick-off time, channel and how to watch Europa League fixture

LASK vs Tottenham live stream: How to watch Europa League fixture online and on TV tonight