During the second episode of her talk show's latest season, the comedian revealed some unfortunate news about one of her dogs as she shared the brutal details.

Ellen said: "Here's what happened. Over the weekend, our dog Wally, she's a little over a year, so she's a puppy. And she was running full-speed across the lawn.

"Our dog kid happened to be in the way and she just trampled over Kid, which is illegal because the speed limit is 25 when there's a kid nearby.

"So Kid was screaming in pain and we knew his leg was broken. It was awful, awful, awful."

Ellen then showed the virtual audience a photo of Kid resting in his "extra long" green cast - one that the little pet has to wear for "12 weeks."

The entertainer also joked and blamed her Portia because she told her to "break a leg."

During the same monologue, Ellen admitted that during quarantine she had plenty of time to do a certain activity.

She said: "We have been stuck at home for months and months. All we did was puzzles and drink our weight in wine."

The admission came just after the 62-year-old addressed the "toxic" workplace claims made by former and current employees, while also making some jokes along the way.

She continued: "I learned that things happened here that never should have happened. I take very seriously and I want to say I am so sorry to the people who were affected.

"I know that I'm in a position of privilege and power and I realize that with that comes responsibility. And I take responsibility for what happens at my show."

However, according to BuzzFeed News, "current and former employees say they found her monologue to be disingenuous and tone-deaf given the severity of their experiences."

"Employees told BuzzFeed News they didn’t appreciate Ellen making light of their allegations of toxicity, racism, sexual harassment, and misconduct by sarcastically asking viewers, 'How was everybody’s summer? Good, yeah? Mine was great. Super terrific,' and then telling them, 'Let me give you some advice out there if anybody's thinking of changing their title or giving yourself a nickname, do not go with the 'be kind' lady. Don’t do it.'" 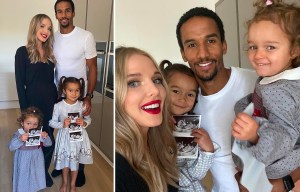 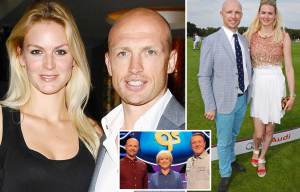 Warner Bros. is currently investigating the "toxic" workplace allegations that accused the program of tolerating inappropriate behavior like racism, sexual harassment, and bullying.

The Ellen Show is currently in the midst of its season 19 premiere week.

Miranchuk and Krykhovyak are the best Loko players in the match against Bayern according to Bild, CHorluka and Murilo are the worst
Salzburg coach about the Champions League: we deserved more than one point in two games
With Lukaku, it is useless to play in a power struggle. Shakhtar defender Bondar on the Inter forward
Ivanov will serve the match OF AZ-Rijeka in the Europa League. Rotor appealed his refereeing in the game with Loko
Gasperini on Ajax: it's not easy for everyone Against them. Atalanta made a great comeback
Real Madrid came away from defeat for the 8th time in a Champions League match, losing by 2 goals. The club has updated its record
Felix on red Bull's double: I enjoy playing in the Champions League the Most
Source https://www.thesun.co.uk/tvandshowbiz/12739834/ellen-degeneres-portia-de-rossi-dog-breaks-leg-accident/