EASTENDERS' Chantelle Atkins is left fearing the worst after her violent husband Gray lashes out at their children.

The long-suffering hairdresser - played by Jessica Plummer on the BBC One soap - has been enduring abuse from Gray for months but so far hasn’t found the courage to speak out.

Soap fans were shocked when Gray’s abuse came to a nasty head in December as he dragged his wife upstairs to rape her after she told him she didn’t want to try for another baby.

He then flew into a rage weeks later when they discovered she wasn’t pregnant yet and broke her arm.

Viewers were disgusted as they heard the bone snap when Gray tried to pull her towards him.

The extent of the lawyer's controlling and manipulative behaviour was also made clear when Chantelle ended up apologising following the incident.

Gray has kept Chantelle by his side through thick and thin - partly by whining to her about his violent father who took his anger out on him and his mother when he was a child.

In upcoming scenes, it’s not just her own safety that Chantelle is left fearing for.

It all kicks off when Gray agrees to be Whitney’s lawyer after she is charged with murder for Leo’s death.

But with Whitney seemingly not telling the whole truth about the death - and insisting it was self-defence - Gray lets the pressure get to him.

After agreeing to take the case, Chantelle is shocked when Gray flies into a rage and lashes out at their young children Mackenzie and Mia. 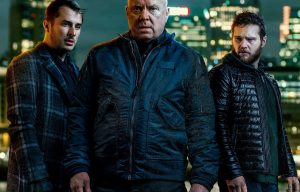 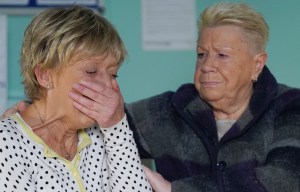 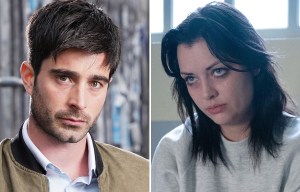 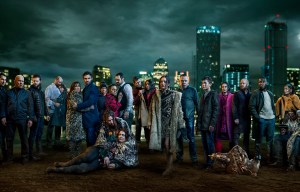 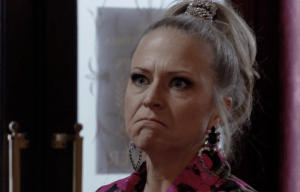 The solicitor snaps at the youngsters, leaving a terrified Chantelle shocked that he'd take out his anger on them.

Chantelle is left worrying he could be violent with them, and mulls over what to do.

With the safety of her children at risk, will Chantelle finally speak out about Gray’s abusive behaviour?