EASTENDERS fans begged for a Danny and Dani Dyer spin off after the Love Island star made a cameo as Mick Carter's taxi driver.

Mick was rushing to the scan of wife Linda's pregnancy when he jumped into a black cab driven by Jeanette - a pregnant taxi driver played by actor Danny's daughter Dani.

Disaster struck when Jeanette's water broke and Mick was forced to take the wheel and drive her to the hospital.

Mick misses Linda's appointment and helps to deliver the baby.

The scenes made EastEnders fans chuckle, with some even asking for a spin-off with Danny and Dani.

One person said: "The Dyer's would be a good soap"

Another added: "Danny and Dani Dyer together are hilarious"

A fourth then complimented: "Ok. I'll confess. Not as corny or cheesy as I first thought these scenes would be."

The Queen Vic landlady - who is played by actress Kellie Bright in the BBC soap - dropped the bombshell that she is pregnant last month. 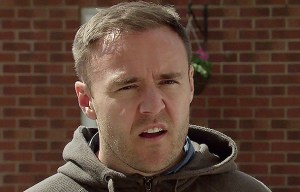 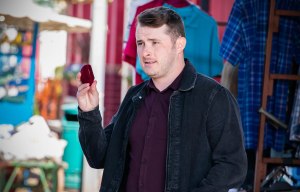 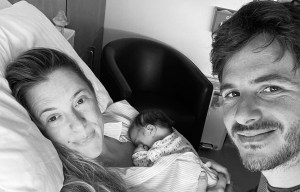 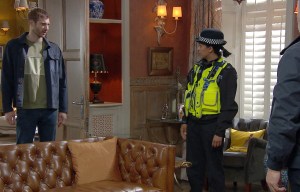 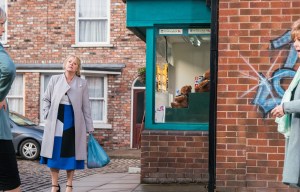 Mick was thrilled by the prospect, but was soon brought down to earth with a thump when Linda broke the bad news that it isn’t his baby - it’s Max Branning’s.

Later in the episode, after Mick didn't turn up for the scan, Linda said she'd put the baby up for adoption.

However, after he insisted he would love the child, they announced the pregnancy to the Queen Vic.

FIFA and UEFA rejected the request of the Basque Country Football Federation for recognition as an independent member of organizations from Spain
Belarus will host the 2022 World Cup qualification matches at the Tsentralny Stadium in Kazan
Gerard Pique: We are waiting for Messi to sign a new contract. We want him to be with us
Shomurodov flew to Rome. Today he will undergo a medical examination for Roma
Arsenal discussed the deal for Lautaro, communicating with Inter on Bellerin. The striker is Interested in the transfer
Arsenal bought defender White from Brighton for 50 million. This is a logical increase, although the club, of course, overpaid
16 - year-old Ajax player and his brother were killed in a car accident

Former Zara worker shares what it's really like to work there

Carolyn Hitt: Wales is re-opening for a summer of fun

When are the August night tube strikes?

Hamilton Batman fan, four, gets to meet his superhero on the set of The Flash

All the line-ups for Liverpool's 'Indoor Pride' today

Grade II listed church is a forgotten 'eyesore' of the community

Sneak peek inside the Lancashire hotel that offers 'beercations'

Three Lake District B&Bs named amongst the best in UK

Britney Spears poses topless outdoors again as fans ask ‘what are you trying to tell us?’