EASTENDERS' Danny Dyer has branded Joe Wicks "f****** irritating" as he slammed fitness fanatics — claiming they have no banter.

Danny, 43, ripped into The Body Coach star, 34, and said he wouldn't be able to relax in his company if they met down the pub.

The Football Factory actor hit out at all male fitness fanatics, saying they have "absolutely no charisma and dialogue whatsoever".

"Then they open their mouth and they've got absolutely no charisma and dialogue whatsoever.

"I've never met a really fit, healthy man who is not f***ing irritating.

"This is going to be an unpopular opinion: Joe Wicks.

"I'm not going to be nasty about him. This man's heart is in the right place - but everything about him is so irritating.

"Maybe because I'm jealous of his body or his hair?

"I wouldn't want to have a one-on-one with him, like going to play snooker. I reckon he'd be s*** at it for one, and also how could you go for a meal with him? When you know he's looking at you with his side-eye.

"Listen, Joe Wicks, I'm sure he's a lovely cat. But it's too much. Because everything that comes out of their mouth is about food and nutrition and staying 'healthy and positive' and all that sort of caper."

The EastEnders star also admitted he used to stay slim during his younger years despite regularly binging on drink, drugs and Big Macs - but he hates having breasts nowadays.

"I've never really cared [about weight]. I had a right result for many, many years. I was hedonistic, I drank a lot and I did take drugs and I could eat a Big Mac meal easy.

"But I always had a real slim body.

"If you go back to The Business I looked like an Adonis in it. It didn't really make sense. I just had a natural, nice shape to me. 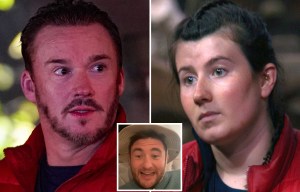 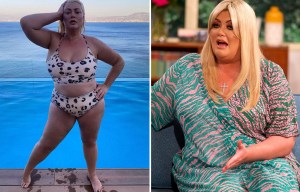 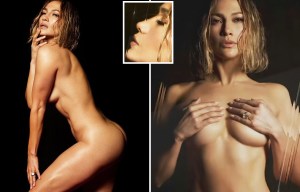 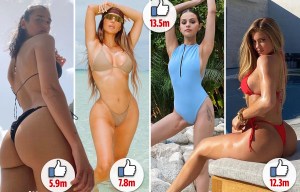 From Kim & Kylie to Selena - whose bikini pics get the most likes on Instagram?

Danny recently built a gym in his garden to reduce his man boobs and said he'd even taken up yin yoga.

But "Worrying less about your figure" was listed as one of the best things about being a man in a 2018 poll.

Watching footie with the lads, being able to go to a pub alone, and enjoying banter with 'the boys' also emerged on a list.

Meanwhile, Joe has been made an MBE for raising £580,000 for the NHS through his daily lockdown workouts.

Man City won 9 out of 10 matches and conceded 1 goal with a pair of Stones - Dias defenders
Jordan Henderson: If it wasn't for the referee's whistle, Mane would have gone one-on-one. Very strange
Memphis Depay: Me and Auar want to go to one of the top three clubs in the world
Stones scored the 3rd double of his career. One for the 2018 World Cup
Griezmann scored 6 (3+3) points in the last 4 games for Barca
Gundogan has scored 4 goals in his last 6 Premier League games. The same number was in the previous 55 games
Lineker after the Liverpool - Manchester United match: Both teams went on the attack. What an exciting fight for the title
Source https://www.thesun.co.uk/tvandshowbiz/13301031/eastenders-danny-dyer-joe-wicks-irritating-banter/