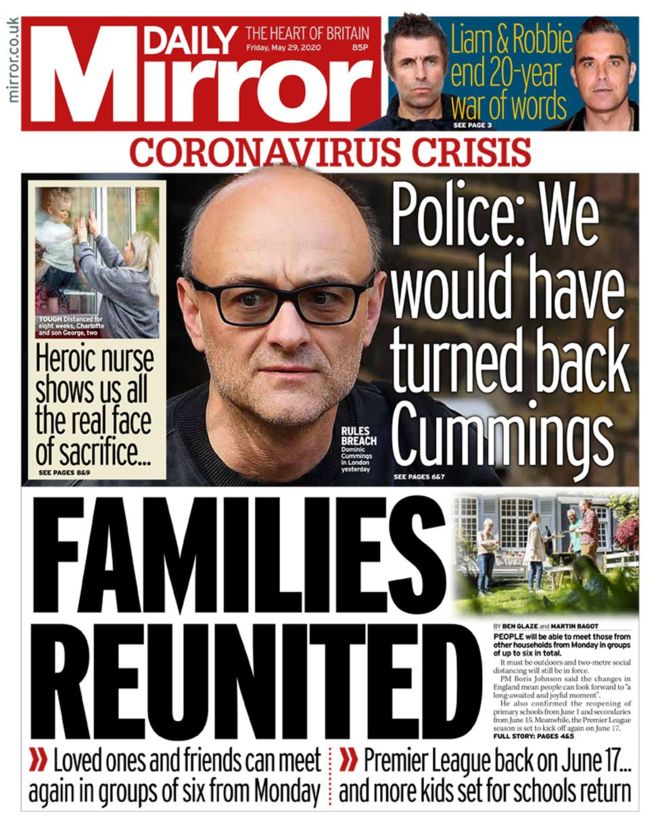 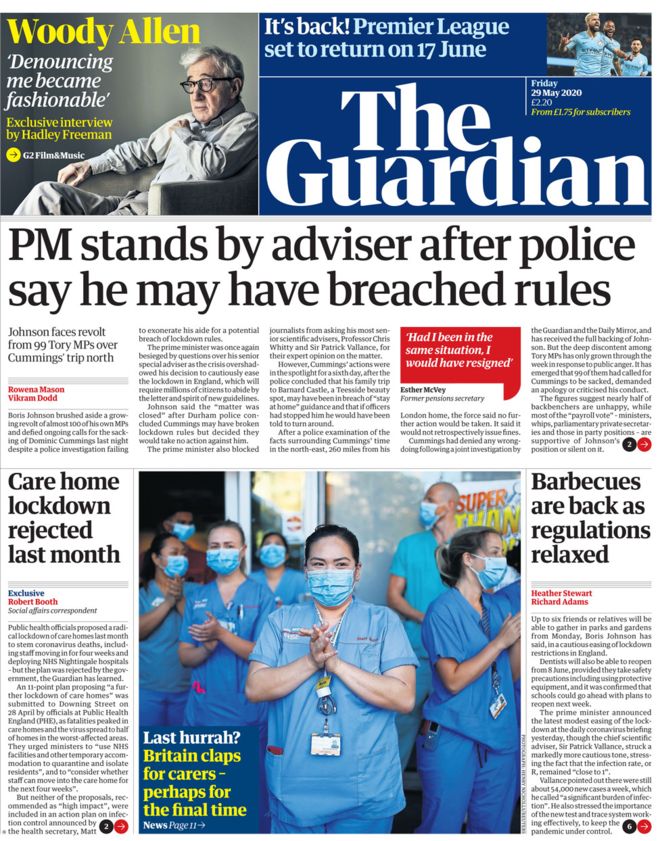 Durham Police have issued a statement on the matter that’s occupied the media for a week. Here it is in full:

“On March 27 2020, Dominic Cummings drove to Durham to self-isolate in a property owned by his father. Durham Constabulary does not consider that by locating himself at his father’s premises, Mr Cummings committed an offence contrary to regulation six of the Health Protection (Coronavirus, Restrictions) (England) Regulations 2020. (We are concerned here with breaches of the regulations, not the general Government guidance to “stay at home”.)

“On April 12 2020, Mr Cummings drove approximately 26 miles from his father’s property to Barnard Castle with his wife and son. He stated on May 25 2020 that the purpose of this drive was to test his resilience to drive to London the following day, including whether his eyesight was sufficiently recovered, his period of self-isolation having ended.

“Durham Constabulary have examined the circumstances surrounding the journey to Barnard Castle (including ANPR, witness evidence and a review of Mr Cummings’ press conference on May 25 2020) and have concluded that there might have been a minor breach of the regulations that would have warranted police intervention. Durham Constabulary view this as minor because there was no apparent breach of social distancing.

“Had a Durham Constabulary police officer stopped Mr Cummings driving to or from Barnard Castle, the officer would have spoken to him, and, having established the facts, likely advised Mr Cummings to return to the address in Durham, providing advice on the dangers of travelling during the pandemic crisis.

“Had this advice been accepted by Mr Cummings, no enforcement action would have been taken.

“By way of further context, Durham Constabulary has followed Government guidance on management of alleged breaches of the regulations with the emphasis on the NPCC and College of Policing 4Es: Engage, Explain and Encourage before Enforcement.

“Finally, commentary in the media has suggested that Mr Cummings was in Durham on April 19 2020. Mr Cummings denies this and Durham Constabulary have seen insufficient evidence to support this allegation.

“Therefore Durham Constabulary will take no further action in this matter and has informed Mr Cummings of this decision.”

Such are the facts.

Pizarro finished his career as a player. Werder's players cradled him in their arms after the match
Aitor Karanka: When Real Madrid wins, they always talk about the referees
Gendusa two weeks training with Arsenal according to the decision of Arteta. Londoners can sell it
Alexander Elagin: if you Want to live a man with a man, a woman with a woman-live! But don't involve children
Pizarro finished. He came to Werder 4 times and became a legend here
Lloris about the fight with Son: It's part of football. Sometimes this happens
Mourinho won the 200th match in the Premier League. Only Ferguson reached this mark faster – just 4 matches
Source https://www.anorak.co.uk/461996/politicians/durham-police-statement-on-dominic-cummings-in-full-hes-innocent-probably.html