DONALD Trump said the coronavirus curve is beginning to flatten, after the U.S. saw its most tragic day with nearly 2,000 deaths in a 24-hour period.

More than 12,000 Americans have died from the deadly virus, with the nation's epicenter in NYC seeing more than 5,400 lives lost.

Trump tweeted today about a flattening of the curve, as nearly 2,000 deaths were reported in one day on Tuesday – the worst seen since the outbreak began in the U.S., as reported by USA Today.

"Once we OPEN UP OUR GREAT COUNTRY, and it will be sooner rather than later, the horror of the Invisible Enemy, except for those that sadly lost a family member or friend, must be quickly forgotten," Trump tweeted.

"Our Economy will BOOM, perhaps like never before!!!" he said.

He added in a separate tweet: "FLATTENING OF THE CURVE!"

Surgeon General Jerome Adams also congratulated the western states for "flattening their curve, as he said eastern states appear to be stabilizing as well.

"We’re seeing New York and New Jersey have hospitalizations level off and start to come down, deaths are starting to slow down and level off — and that’s important because it tells us mitigation is working, it tells us what the American people are doing by staying at home, by social distancing, by practicing good hygiene," Adams said.

Trump had previously pushed to open the U.S. back up by Easter – but last week, extended social distancing guidelines to the end of April.

The president previously pushed for the Easter date as stock markets saw a sharp decline from a peak in February, when they exited the longest-running bull market and entered a bear market.

Almost as quickly as they fell, markets begun to climb up, exiting the bear market – although millions of workers remain out of jobs.

A record nearly 10 million people filed for unemployment in a two-week period, with millions of others facing cut hours at work or being furloughed.

Many experts have warned of a possible global recession, as Federal Reserve chair Janet Yellen told CNBC on Monday that unemployment rates in the U.S. could drop to "Great Depression-era" levels due to the pandemic.

“If we had a timely unemployment statistic, the unemployment rate probably would be up to 12 or 13 percent at this point and moving higher,” she said.

Millions of Americans are awaiting financial relief from a $2.2 trillion stimulus package passed amid the virus crisis.

The president's tweets came just days after CDC Director Robert Redfield revealed COVID-19 deaths may be much lower than the White House Coronavirus Task Force's grim estimate of 240,000 people – because of social distancing.

"And I think that's what you're seeing. 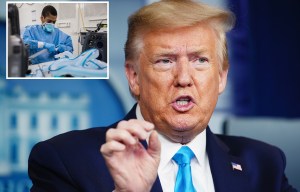 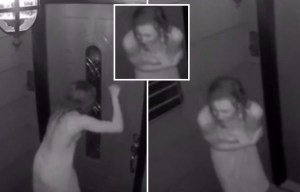 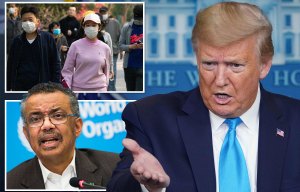 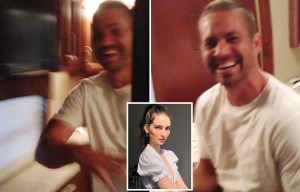 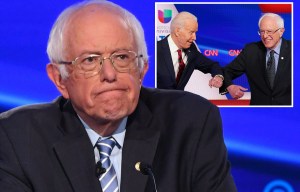 He added: "I think you're going to see the numbers are, in fact, going to be much less than what would have been predicted by the models."

A majority of Americans remain under mandatory stay-at-home orders, as coronavirus cases in the U.S. climbed near 400,000.

There is a real chance that 50-60 clubs will go bankrupt. The owner of Huddersfield about the consequences of the pandemic
Valverde about the game with Manchester City: we Want to play so that we can go further. Real is ready to do anything for this
Great selection from Roma: KAFU opens up in the box and waits for a pass, but instead Totti and Batistuta score masterpieces
Sabitzer has been exposed to coronavirus in April
In the 90s, the Russian club played in the Finnish championship: the players carried cigarettes, the President went on the field. It ended because of the default
Flick about Holand: it is the first season, so it is too early to compare it with Levandovsky
Felix sprained a knee ligament in training. This is his 3rd injury of the season at Atletico
Source https://www.thesun.co.uk/news/11357556/trump-coronavirus-flattening-die-24-hours-boom/