DONALD Trump was greeted by a raucous reception - and a big hug - moments after touching down in India today.

Prime Minister Narendra Modi was at the airport to greet Trump and his wife, Melania, as they stepped off Air Force One.

India and the US have built close political and security ties and Trump's two-day trip is a sign of their converging interests, officials say, including a way to counter China's rise as a superpower.

At the airport in Ahmedabad, folk dancers carrying colourful umbrellas danced alongside the red carpet.

And drummers, trumpeters and other musicians performed on the airport grounds to welcome Trump and his US delegation.

Many roads were blocked off in Ahmedabad, shops shut and police stationed on rooftops and balconies.

Others were waving Indian flags.

Durvin Prajapati, a 19-year-old volunteer brandishing 2,000 Trump masks, said: "I have been here since 7am - I don't know how many I have handed out.

Modi, who has built a personal rapport with Trump, is pulling out all stops for Trump's visit even though prospects for even a limited trade deal are slim.

The American president will shortly be feted at a huge reception in a 110,000-seat cricket stadium in the city which is the political home of Modi.

A huge crowd has already packed into the sports venue, claimed to be the world's biggest cricket ground.

Both countries have been arguing over America's demands for access to India's poultry and dairy markets.

There is also an issue with Indian price controls on medical devices such as stents and stringent local data storage rules that American technology firms say will raise the cost of doing business. 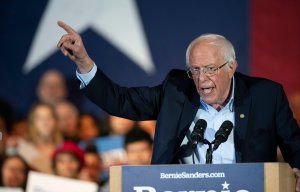 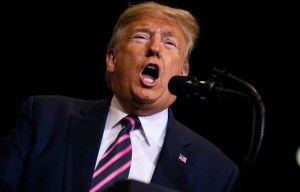 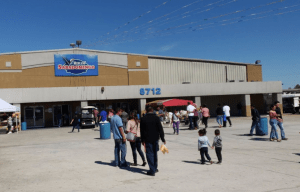 Gunman arrested after 'seven shot' at flea market in Texas 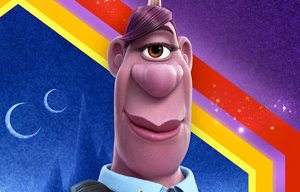 Modi's government has sought restoration of trade concessions that Trump withdrew in 2019 and greater access to US markets for its pharmaceutical and farm products.

The two countries are expected to announce defence deals including an Indian navy plan to buy helicopters from Lockheed Martin worth $2.6billion.