Engagement data aggregated by BuzzSumo and published with NBC News, suggests Mr Trump’s glorified blog, better referred to as ‘From the Desk of Donald J Trump’, which launched last week, is not the smash hit Mr Trump thought it would be. The new blog has only gathered a little more than 212,000 engagements - such as backlinks, likes, shares and comments - received across Facebook, Twitter, Pinterest and Reddit.

“In the case of Trump's new platform, it is so technologically primitive that there is no way for his followers to even migrate.

“Who cares about a platform where you can't even own the libs?

“There are plenty of other newsletters that people have been adding to their spam boxes for years.” 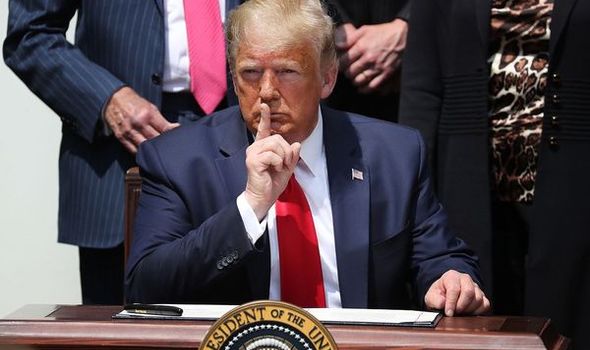 Donald Trump's 'spam' blog is not performing as well as he would like (Image: Getty Images) 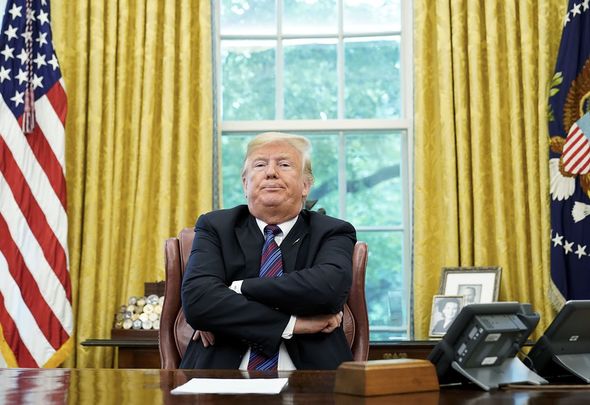 Engagement with the blog is considerably smaller than it was while he was on social media.

Despite its drawbacks, Mr Trump is passionate about the alternative social media platform, saying his statements are “more elegant” than tweeting.

Speaking to Newsmax, he said: “I like this better than Twitter. Actually they did us a favour.”

He added: “When I put out a press release, you see what happens. Everybody is waiting and I think I’m getting better and more coverage with that than I did with tweeting.”

Mr Trump received a permanent ban from Twitter back in January after making statements on the platform which incited a mob to storm the Capitol Building.

DON'T MISS:
Predictions for 2021: What came true in 2020 and what will come yet [REVEAL]
Biden’s plan to ‘make China NASA's partner' before rocket chaos [SPOTLIGHT]
US trade deal 'under review' as White House looks at talks [INSIGHT] 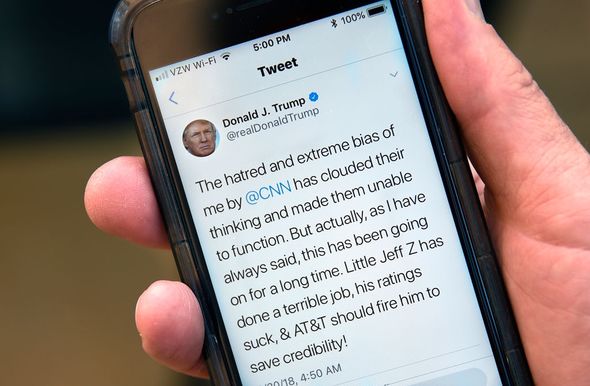 He said: “Happy Easter to ALL, including the Radical Left CRAZIES who rigged our Presidential Election, and want to destroy our Country.”

Another from May 3 attacked previous presidential candidate, Mitt Romney, saying: “So nice to see RINO Mitt Romney booed off the stage at the Utah Republican State Convention. They are among the earliest to have figured this guy out, a stone cold loser.”

Last week, Facebook’s Oversight Board also ruled to maintain his ban on Facebook, but is not set to be a permanent ban and will be reviewed again in the next six months.

Shortly after Mr Trump’s new blog was launched, an unofficial Twitter account mimicking all of his blog posts was suspended by the social media platform as it violated the company’s ban evasion policy.