In pictures obtained by The Daily Mail, the former US president was pictured on Wednesday afternoon practising his golf swing at the Trump National Doral in Miami - but did stay on the range long enough to greet Ivanka and her partner, Jared Kushner. The pictures surfaced on Thursday after Mr Trump, 74, hinted he may run for office in 2024.

He spoke at the Conservative Political Action Conference (CPAC), telling the audience on Sunday: "I may even decide to beat them for a third time.”

Mr Trump arrived at the Florida club separately from his daughter and son-in-law, pulling up to the club in an SUV accompanied by three other Secret Service vehicles and a police escort.

In the pictures, he was dressed in a black and white ensemble, opting for a white polo shirt, hat and golf shoes with black trousers.

He then began practising at the driving range alongside another man who appeared to be a friend. 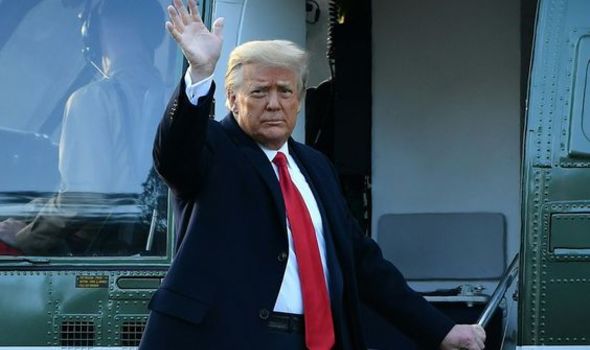 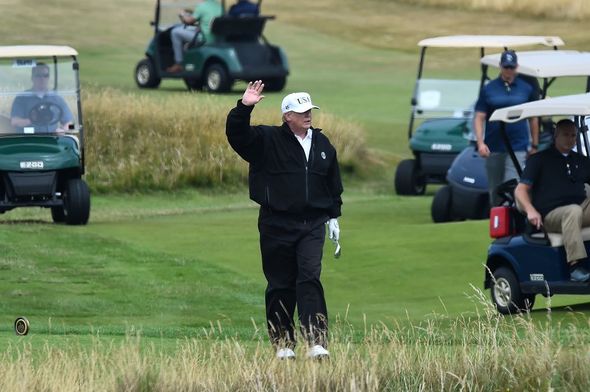 It was reported that Mr Trump arrived within five minutes of Ivanka and Jared but did not join them on the range, instead opting for a round on the course.

Just before the pair arrived, Mr Trump was seen leaving for the tee area joined by several companions as well as several club employees and service agents.

While Mr Trump was playing the 18-hole Blue Monster course, Ivanka and Jared shared a lesson with an instructor.

The images show Ivanka and Jared practising at the lesson, which lasted almost 90 minutes. 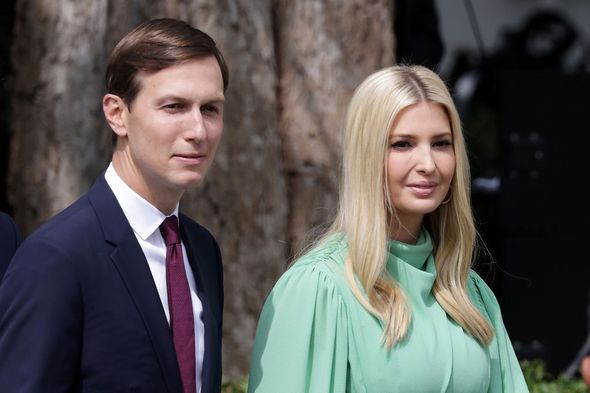 Mr Kushner was seen in a pair of grey chinos, a white polo shirt and a light blue hat.

The former president is an avid golfer, playing around 300 rounds over his four year presidency.

In comparison, his predecessor Barack Obama played only 330 rounds over his two terms in the White House. 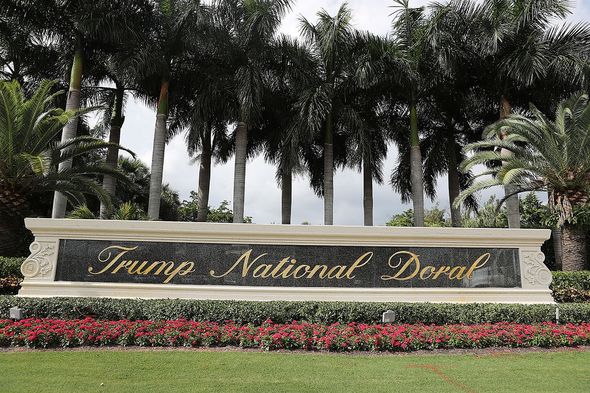 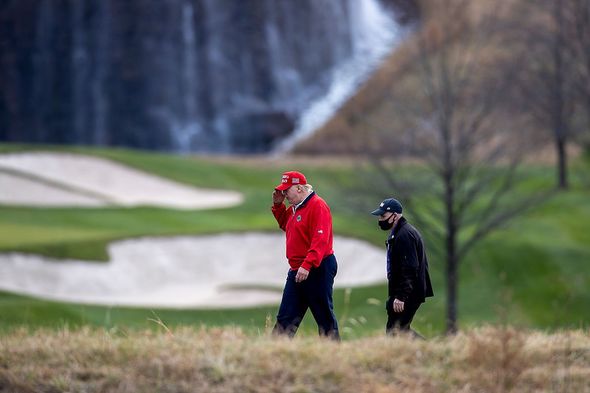 The course is located around 90 minutes away from the former President’s home at Mar-a-Lago where he is currently living with wife, Melania and son Barron.

Ivanka and Jared now live in the same state, owning a luxury new apartment in an exclusive oceanfront building located one hour away from the Trump National Doral.