DOMINIC CUMMINGS has made a public statement addressing controversy around allegations he breached coronavirus lockdown rules.

It came after the PM defended the senior aide, after it was reported he drove 260 miles from north London to his parents home in Durham and back, twice, in April.

The senior aide to Mr Johnson is said to have driven to the north east while he and his wife, journalist Mary Wakefield, were showing symptoms of COVID-19.

He visited his parents in order to gain help looking after the couple's child.

However the couple remained in self isolation in a nearby property as they battled the virus.

Further reports also suggested he took a second trip to the region in April, having already returned to London following his recovery from the killer disease.

Mr Johnson said he could "not mark down" Mr Cummings for the way he acted.

He told the Downing Street press conference on Sunday that, following "extensive" talks with his aide, he concluded "he followed the instincts of every father and every parent".

He said Mr Cummings had "acted responsibly, legally and with integrity".

The senior aide told reporters that he had done the "right thing" when quizzed outside his north London home - but there were calls for him to offer a further explanation.

After it had previously been reported that he would speak at 3pm, Downing Street earlier confirmed his statement would be pushed back to 4pm.

However, he eventually made an appearance in the Downing Street Rose Garden in front of the media at 4.30pm.

Mr Cummings appearance was highly unprecedented, given senior aides typically avoid public matters as ministers are responsible for their actions.

His explanation came after a total of 17 Tory MPs have called for him to be sacked over allegations he breached coronavirus lockdown restrictions.

What did Dominic Cummings say in his statement today?

The Prime Minister's aide defended his actions as sustained pressure from across the political spectrum continues to mount.

Setting out the details of his actions, Dominic Cummings said the Prime Minister had asked him to publicly give his account and he acknowledged he should have spoken earlier.

"I know that millions of people in this country have been suffering, thousands have died, many are angry about what they have seen in the media about my actions. I want to clear up the confusions and misunderstandings where I can.

"In retrospect, I should have made this statement earlier."

"I want to clarify that I’m not here to seek on behalf of the government, I’m here to explain myself.”

He continued: “My wife was ill and that she had Covid, although she did not have a cough of fever.

“I thought there was a probability I had already caught the disease."

Mr Cummings said stories suggested he had opposed lockdown and "did not care about many deaths".

He continued: "The truth is that I had argued for lockdown, I did not oppose it but these stories had created a very bad atmosphere around my home.

"I was subjected to threats of violence, people came to my house shouting threats, there were posts on social media encouraging attacks."

Mr Cummings said he was worried that "this situation would get worse" and "I was worried about the possibility of leaving my wife and child at home all day and often into the night while I worked in Number 10."

"I thought the best thing to do in all the circumstances was to drive to an isolated cottage on my father's farm."

“I was worried if my wife and I were ill, there was no one in London that we could reasonably ask to look after my child."

Mr Cummings said he did not speak to the Prime Minister before driving to County Durham.

He also pointed out that he had not been tested after detailing how his wife got better as he "got worse" - and told how his child was hospitalised in north east with COVID symptoms.

The advisor denied allegations made in recent newspaper reports that he returned to Durham for a second time.

"My mothers brother died days later from COVID-19. Reports say this influenced my movements. This is false." 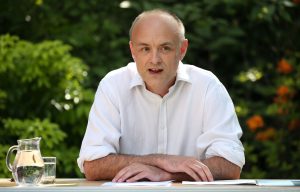 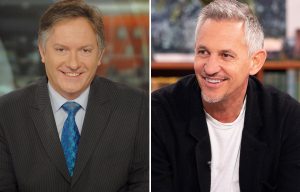 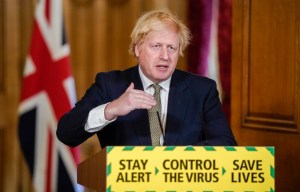 What time is the coronavirus press briefing today and who is speaking? 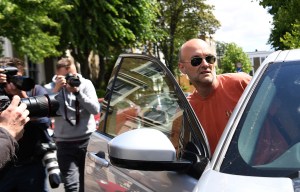 Did Dominic Cummings break any lockdown rules and will he resign? 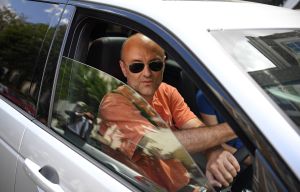 Who are Dominic Cummings' parents?

When asked if he wished he had not made the trip, he said: "I don't regret what I did. I think reasonable people may well disagree about how I thought about what to do in the circumstances, but I think what I did was actually reasonable in these circumstances.

"The rules made clear that if you are dealing with small children that can be exceptional circumstances.

"And I think that the situation that I was in was exceptional circumstances and the way that I dealt with it was the least risk to everybody concerned if my wife and I had both been unable to look after our four-year-old."

We want to make sports shopping better. Become a part of our research focus group!
Claudio Bravo: In Barca and Manchester City, the goalkeeper should be a Central defender
Barca were offered Cavani and Dzeko. The club rejected them
West ham offered 23+10 million pounds for defender fofan. Saint-Etienne refused
Andy Cole on £ 109m for Sancho: it's crazy money. Manchester United will not spend them at random
Juventus loaned Luca Pellegrini to Genoa
Palace, Brighton and Sheffield want to buy Brewster. Liverpool ask for 25 million pounds
Source https://www.thesun.co.uk/news/11703652/dominic-cummings-statement-coronavirus-lockdown/