KIMBERLY Potter, a former 26-year veteran cop was charged with second-degree manslaughter in connection with the killing of Daunte Wright on April 11.

Potter was arrested on Wednesday, April 13, but was released from Hennepin County Jail that same day after posting a $100,000 bond.

According to the Star Tribune, Potter is married and has two adult sons, however, no information is known of her sons age or names.

The former cop is also married Jeffrey Potter, who was also a police officer who served in the Fridley Police Department in Minnesota for 28 years until his retirement in 2017.

The family reportedly live in a different Minneapolis suburb.

However, Potter's residence in now surrounded by concrete barriers and metal fencing, fortifying it in a fashion similar to the courthouse in downtown Minneapolis, where Derek Chauvin is on trial in the death of George Floyd.

What did Potter say in her resignation letter?

Speaking on Monday, April 12 Brooklyn Center Police Chief Tim Gannon said Potter had intended to use a Taser - not a handgun - and described the shooting as an "accidental discharge".

In a statement on April 13, Potter said: "I am tendering my resignation from the Brooklyn Center Police Department effective immediately.

"I have loved every minute of being a police officer and serving this community to the best of my ability, but I believe it is in the interest of the community, the department, and my fellow officers if I resign immediately."

Wright's parents have refused to accept that their son was killed by "mistake".

"I can't accept that - a mistake, that doesn't even sound right.

"This officer has been on the force for 26 years. I can't accept that."

How did she shoot Daunte Wright?

According to a statement from the Brooklyn Center Police Department, Wright was pulled over for a traffic violation.

Officers tried to take him into custody when they discovered he had an outstanding warrant.

As he got back into his car, one of the officers shot him dead.

Wright’s sobbing mother Katie told a crowd how her son called her to say he had been pulled over by police because of an air freshener on his rearview mirror.

She said she heard officers tell her son to put his phone down, and then the call ended. 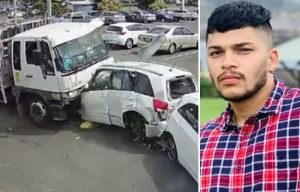 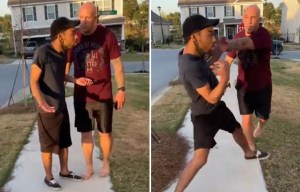 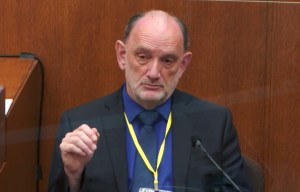 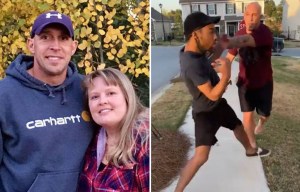 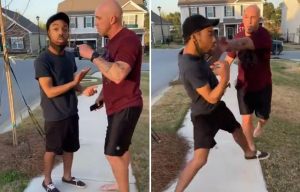 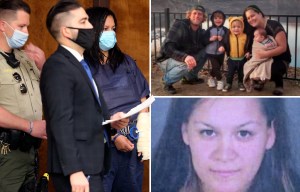 Soon after, her son's girlfriend told her he had been shot.

She told reporters: "All he did was have air fresheners in the car and they told him to get out of the car.

"He got out of the car and his girlfriend said they shot him."