DISTURBING footage shows the moment a cop handcuffed a crying eight-year-old boy and took him to jail in a police car after an incident at his elementary school.

Civil rights attorney Ben Crump posted the footage on Monday and said authorities used "scare straight" tactics on the boy, who he says has special needs.

The video starts with an officer asking the boy, "Do you know where you are going? You are going to jail." the officer said.

Another officer, who is not seen in the video, instructed the sobbing boy to stand up straight and put his hands behind his back.

The officer then placed the boy against a filing cabinet and frisked him before taking out his metal handcuffs.

As he put the cuffs on the 8-year-old, another officer not shown in the video, questioned whether the cuffs would fit the young boy.

"I don't think so either," a police not seen in the video replied.

The boy was led out of his elementary school and while waiting to be put into the back of a squad car. The police lectured the boy.

"You understand this is very serious, OK?" the police said, "And I hate that you put me in this position and that I have to do this."

The police continued: "The thing about it is you made a mistake and it's time to learn and grow from it. And don't repeat the same mistake again."

The video ends with the cuffed boy walking alongside an officer to the police car.

It was not immediately clear if the video is a discovery in a civil case against the Key West Police Department, according to the Miami Herald.

Officers then booked the boy into Monroe County Detention Center in Key West.

In the tweet, attorney Crump rips the police for their tactics.

"He's 3.5 ft tall and 64 lbs, but they thought it was appropriate to handcuff and transport him to an adult prison for processing!! He was so small the cuffs fell off his wrists!"

Unbelievable!! @KWPOLICE used “scared straight” tactics on 8yo boy with special needs. He's 3.5 ft tall and 64 lbs, but they thought it was appropriate to handcuff and transport him to an adult prison for processing!! He was so small the cuffs fell off his wrists! pic.twitter.com/iSTlXdKas6

Key West police spokeswoman Alyson Crean told the Sun that the viral video showed an old incident that took place in December of 2018 and "most of it was cut out."

Key West Police Chief Sean T. Brandenburg said in a statement Monday that his officers did not do anything wrong, the Miami Herald said.

According to the arrest report obtained by the Sun, the boy’s teacher said the 8-year-old was also not sitting properly in his seat.

After she requested him to sit properly several times, he refused and later punched her with his right hand. 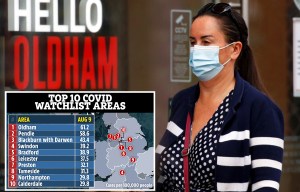 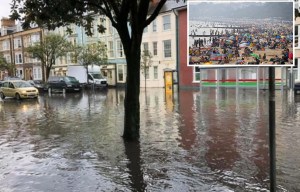 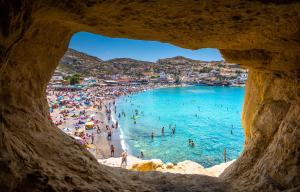 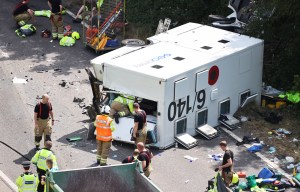 The report further states that the police were in the school’s administrative office when the teacher and the boy arrived.

The boy “had his hands clenched in fists and he was postures as if he was ready to fight,” according to the arrest report.

The arrest report continued: "Based on the facts of the case, there is probable cause to believe that [the boy] did violate FSS 784.081 (2c) by actually and intentionally striking [the teacher] against her will."

Tiago said goodbye to Bayern: This is the most difficult decision of my career. I need new challenges
Bale and Regilon will fly to London today to complete transfers to Tottenham
We have found a club in the Bundesliga that will prevent Bayern from becoming Champions. More precisely, it was put together by the Players from Dortmund and Leipzig, the management from Gladbach, the sponsor from Hertha
Bruno is the best player of the season at Manchester United according to the fans. It came in January
The team with the sponsor sperm Accelerator played in the Europa League. And this is just one of the 15 logos on the t-shirt
Pochettino on the words about Barca and the farm: I spoke with irony and probably went too far. What is said is said
Mauricio Pochettino: To lead Real Madrid is my dream. I was contacted by Benfica and Monaco
Source https://www.thesun.co.uk/news/12366071/cop-handcuffs-boy-adult-jail-florida/

Where are Gareth Bale’s Tottenham team-mates from 2007 debut against Man Utd, from Steed Malbranque to Pascal Chimbonda?

Asda is selling two tubs of Christmas chocolates including Celebrations, Heroes and Quality Street for £7

Car 'firebombed' in middle of street and another smashed up

5 Things to Know for Today

Bride to be sold crack cocaine to pay for her honeymoon

How to really f**k people off when you have kids

Man charged in connection with alleged stabbing in Kirkcaldy street

Angry pensioner demands pub removes bench after he tripped over it

I was arrested, jailed and assaulted by a guard. My ‘crime’? Being a journalist in Trump’s America

Is Trump, finally, managing to repel even his own supporters? | Emma Brockes

Should pregnant women have to record EVERY drop of booze they drink? Two mums with very different views make their case

Will from Skipton undertakes 335 mile virtual cycle ride for recovery

Animosity lingers as Chelsea meet Liverpool in clash of cultures

Will the Queen's Guard have to give up their bearskin hats?

How accurate are coronavirus tests?

Gardener cured after almost losing career due to fear of worms

The Top 10: Strangest Subjects for Songs