AN heiress to the Disney empire has been slammed for urging Kobe Bryant's fans not to "deify him" in a 24-tweet rant about a rape allegation from 2003.

Abigail Disney, 60, said the LA Lakers legend's death was "a horrible tragedy" but people should not forget he admitted choking his alleged victim during rough sex and paid her out of court.

Documentary-maker Abigail - who campaigns on sexual violence after being a victim herself - is the granddaughter The Walt Disney Company's co-founder Roy Disney.

She weighed in on Kobe's past after a Washington Post journalist got death threats for retweeting a story about the 2003 allegation.

Abigail Disney said in a Twitter thread that Kobe "became a role model" and "seemed genuinely to want to do good", but it was "excruciating to watch him get the sainthood treatment".

"But don't deify him because he was not a god."

It came after she said more bluntly on Twitter last week: "The man was a rapist. Deal with it."

One said: "Couldn't it have been you on that helicopter instead?"

Others pointed to a string of sex and child abuse scandals that have rocked the Disney brand in recent years.

Kobe - one of the world's most loved sporting icons - died in a fireball chopper crash with daughter Gianna, 13, and seven others on January 26.

Most obituaries skirted over the 2003 controversy when he admitted cheating on his wife Vanessa with a 19-year-old fan.

The woman, who was choked by Kobe and suffered lacerations, told police he had raped her.

Prosecutors later dropped the criminal case after he agreed a statement accepting that she thought it was rape even though he did not think it was.

He said: "Although I truly believe this encounter between us was consensual, I recognize now that she did not and does not view this incident the same way I did.

"After months of reviewing discovery, listening to her attorney, and even her testimony in person, I now understand how she feels that she did not consent to this encounter."

Kobe also paid the woman an undisclosed sum to settle a civil lawsuit.

Last week the actress Evan Rachel Wood sparked an angry backlash for calling Bryant a "rapist" as well as "a sports hero".

Washington Post reporter Felicia Sonmez was suspended then reinstated after tweeting a link to a 2016 article on the "disturbing rape case" and Kobe's "half-confession". 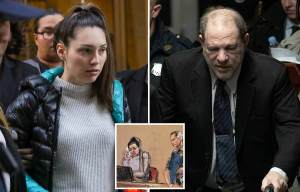 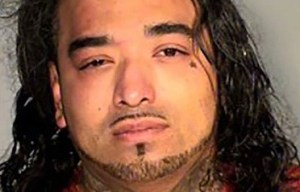 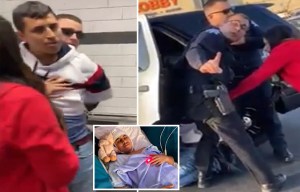 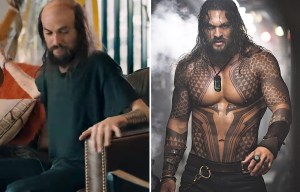 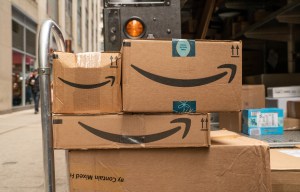 Americans fear they could catch coronavirus off Amazon packages from China

Post columnist David Von Drehle later wrote a piece revealing there was outrage in the newsroom at the initial decision to suspend her.

He wrote that Sonmez had rightly "swung a 20-pound sledgehammer" at the NBA legend's hero image.

He said: "Bryant himself admitted that he engaged in rough sex with his accuser, choked her so violently that she had bruises on her jawline and left her with multiple lacerations."

And he said of the rape accuser: "This woman, and others like her, victimized by other accomplished, admired, even celebrated men, should not be resected from the stories of those men's lives."