The pair faced off in the final of the men’s 200m freestyle at the Tokyo Aquatics Centre, with DeanScott, who finished just four-hundredths of a second behind him. Scotland’s First Minister made it clear whose success she was more impressed by, tweeting: “Massive congrats to Duncan Scott on his silver medal.”

She then added: “And, of course, to Tom Dean on winning gold.

One Twitter user replied: “Surely you should have mentioned the GOLD medal first? 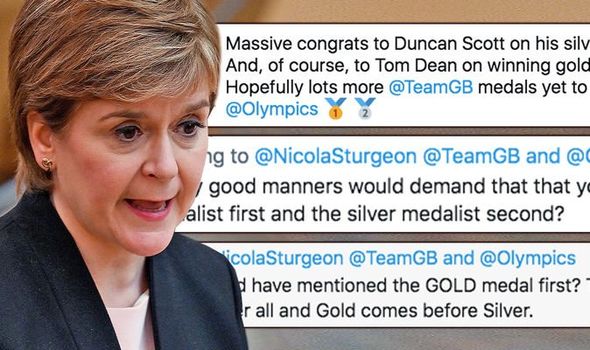 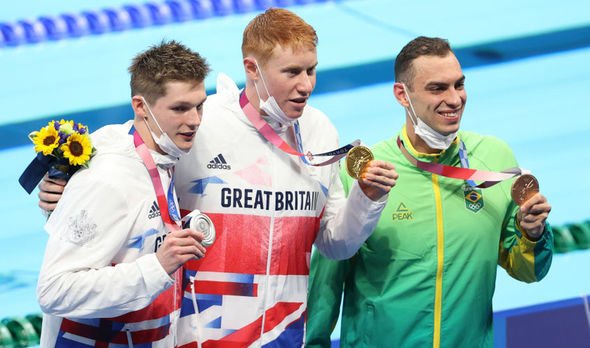 Did it choke you Nicola to congratulate a English swimmer?

“They are both #TeamGB after all and Gold comes before Silver.”

Similarly, another added: “Surely good manners would demand that you congratulate the gold medalist first and the silver medalist second?”

A third asked: “Did it choke you Nicola to congratulate a English swimmer who is proud to represent the whole of the UK and not England? You’re the one dividing.”

JUST IN: Take the gloves off! Time to free City from EU’s shackles, Boris told 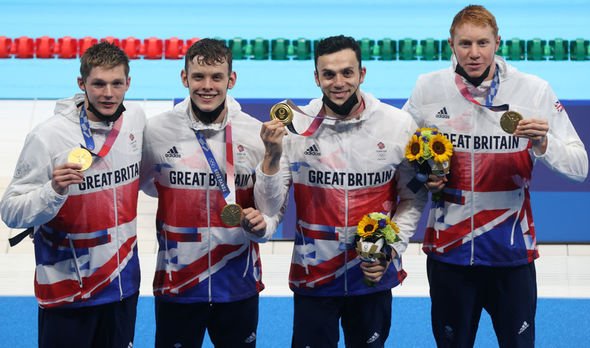 Another poster said: “That is shocking, we are all happy for Duncan.

“But for Christ sake give the guy who won a mention first, that’s very poor judgement. 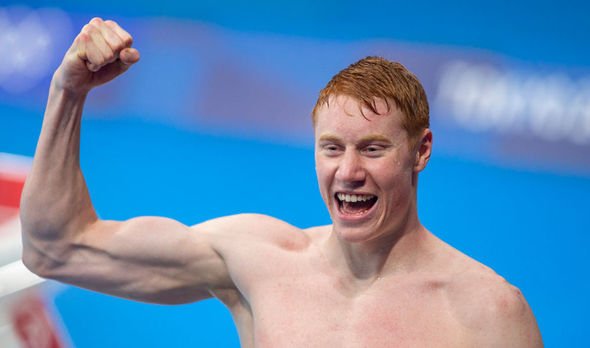 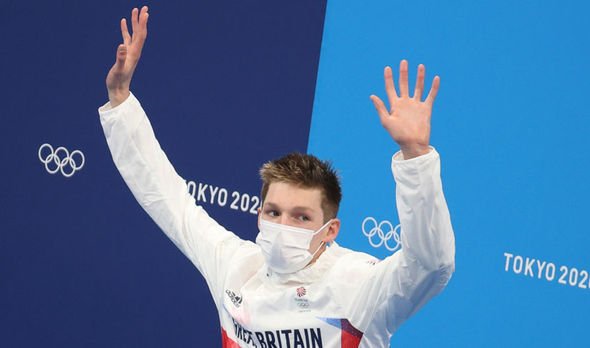 Another observed: “'Oh' as in an after thought.

“Showing again your contempt for those South of the Border.”

Others mocked Mrs Sturgeon for praising Team GB in the first place, with one saying: “Are you actively supporting the UK now? 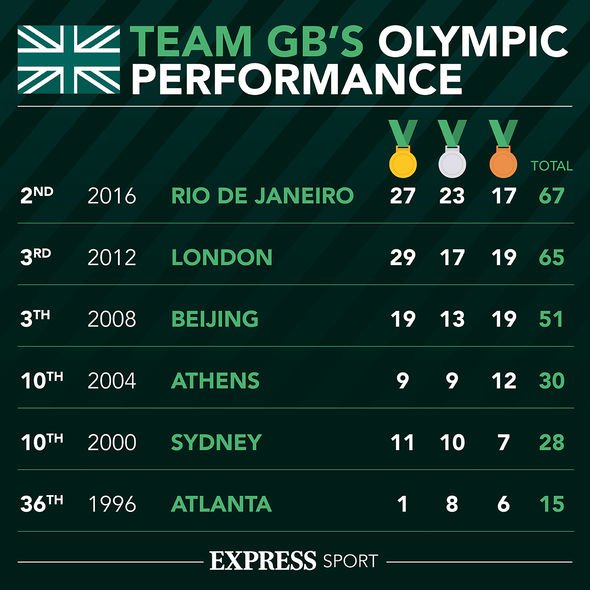 “If so, this must be the most dramatic change of heart in political history!!!!”

Prior to yesterday’s message, Mrs Sturgeon has made no reference to any British medallists on her Twitter feed, or indeed to the Olympic Games in any way. 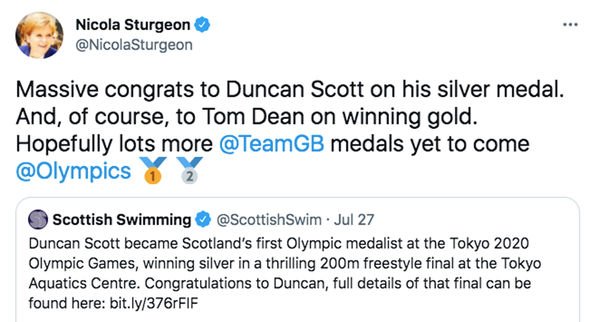 Earlier this month, Mrs Sturgeon also steered clear of Twitter for three days as England’s football team geared up for the final of the European Championships at Wembley on July 11.

However, she did post a message of support to Marcus Rashford, Jadon Sancho and Bukayo Saga on July 12 after all three faced racial abuse on social media following their misses in the penalty shootout, which England lost 3-2.