A MOM who allegedly killed her three young children struggled with postpartum depression, self medicated with marijuana and talked about suicide, according to the children's father.

Liliana Carrillo, 30, was arrested on Saturday after police said she killed three-year-old Joanna, two-year-old Terry and six-month-old Sierra, at her home in Los Angeles.

The children's grandmother made the devastating discovery on Saturday morning.

Carrillo fled the Reseda home, sparking an hours-long manhunt that ended with her being taken into custody in Ponderosa, the Los Angeles Police Department said.

During the search for Carrillo, LAPD said she may have carjacked a Toyota pickup truck in Bakersfield earlier in the day.

Erick Denton, the children's father, revealed to the Los Angeles Times that in the months leading up to the killings he told a Tulare County judge in a petition that Carrillo struggled with postpartum depression for years.

He also said that she expressed suicidal ideations and would self-medicate with marijuana.

Denton said she had “lost touch with reality” and had pleaded with police and child services to remove the young children from her home.

The father's cousin, Dr Teri Miller, told FOX 11 that the children's father had reached out to DCFS and police for help as Carrillo "needed help."

Dr Miller also revealed that they both “kept bringing up all the right red flags about her behavior,” adding that the “system failed” Denton's children.

Dr Miller added: “The judge in Porterville listened and read all the information, but everyone in LA kept pushing it off on someone else.”

Denton said he had sought custody of the children from his ex on March 1, whom he said had been acting mentally unstable, but says officials didn't act fast enough.

A family friend exclusively told The Sun: "He is extremely angry, I would be too, he reached out multiple times to them [children protective services] and said, 'It needs to be done, the kids need to be taken from her'.

"I know friends and family have advised him to take legal action, but I think it's too soon for him to really even try to think about doing anything.

"I've spoken to him and he is just in total shock. He had just seen his baby on Skype and it has been really, really hard.

"He's just trying to process things, he feels very lost right now and everyone is worried about him, it's scary."

He reportedly petitioned for a mental health evaluation of Carrillo, and requested a temporary emergency visitation order in Porterville on March 4 with orders drawn up at a hearing days later.

He said Carrillo was supposed to turn over the kids to him on Sunday, and another hearing in the case was scheduled for April 14.

Police said initial reports suggested the children had been stabbed to death, but no official cause of death has been released. 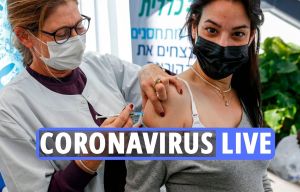 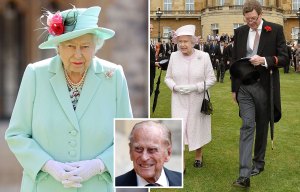 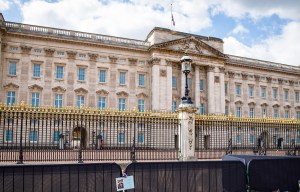 AXE ON THE MALL 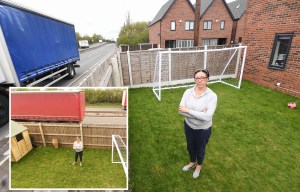 According to the Times, two of the children showed signs of being drowned, and all three had injuries that indicated they were bludgeoned.

Loved ones set up a GoFundMe campaign to help Denton cover the costs of their funerals.

The campaign raised more than $35,000 as of Tuesday morning.