BOXING fans have laughed off Deontay Wilder's bizarre excuse after he blamed his crushing defeat against Tyson Fury on his heavy costume.

The American strolled into the ring in Las Vegas wearing an extravagant 45-pound costume that covered him from head to toe in honour of Black History Month.

Wilder, 34, was then given a boxing lesson by Fury before his team were forced to throw in the towel during the seventh round.

He then defiantly claimed that he will exercise the clause to have a trilogy of fights with Fury after suggesting his £31,000 walk-in costume caused him to go weak at the knees.

The costume was made by designers Cosmo and Donato from their Los Angeles studio.

Wilder told Yahoo: "He didn’t hurt me at all, but the simple fact is ... that my uniform was way too heavy for me.

"It could easily be told that I didn’t have legs or anything. A lot of people were telling me, ‘It looked like something was wrong with you.’ Something was, but when you’re in the ring, you have to bluff a lot of things.

But those who tuned in to watch the schooling unfold weren't buying his excuses.

One said: "His legs were weakened by Tyson's right hand more like."

Another said: "He is sure making a lot of excuses for a guy that said he would not make excuses."

A third joked: "Maybe he should come out in a Borat mankini next time... very light."

And one person added: "Nearly as bad as the time David Haye said he hurt his toe."

In 2011, Haye was pillored after blaming his high profile defeat against Wladimir Klitschko on a broken little toe.

theres been a million excuses over the years from fighters but blaming it on the the walkout costume might be the first of its kind. 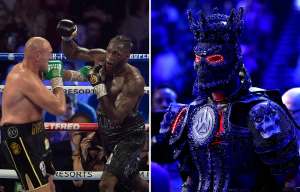 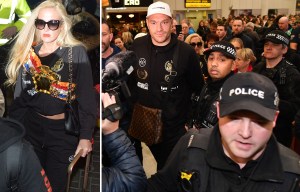 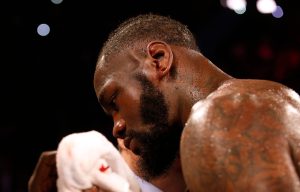 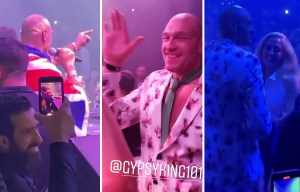 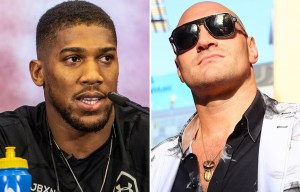 Anthony Joshua says Fury randomly rings him to say: 'I'll knock you out' 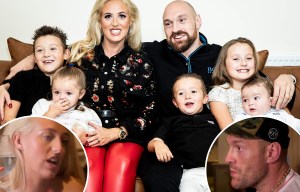 The Bermondsey fighter suggested he couldn't push off on his right leg due to the injury.

Another excuse right out the top draw come in 2010 when Carl Froch suffered a shock defeat to Denmark's Mikkel Kessler.

He claimed that a volcanic eruption that formed a massive ash cloud hampered his preparation that resulted in a first career defeat.

Deontay Wilder confirms he DOES want Tyson Fury rematch before end of July and may axe trainer who threw in towel
Source https://www.thesun.co.uk/sport/boxing/11035040/deontay-wilder-outfit-tyson-fury-loss-excuse/

What is the point of the government's daily press conferences?

Five weekend getaways you can enjoy from your home

Married couple still not bored enough to have sex

Family lifts nation’s spirits by not making a video

Crowds of shoppers head to Asda, Aldi, Morrisons and Sainsbury's

Debenhams expected to 'go into administration within days'