Jean Burgess suffered a painful fall while walking to her room at Trinity Lodge care home in Coventry, resulting in staff calling an ambulance over fears of moving her and worsening any potential injuries. After making the 999 call at 10.30am on July 20, paramedics finally attended the care home at 3.45am the following day - leaving the 90-year-old waiting for 17 hours and 15 minutes.

The retired lollipop lady was forced to wet herself while waiting for the ambulance to arrive as they attended other emergencies.

Once she was at the hospital, it was confirmed that she had suffered severe bruising but no broken bones.

Mrs Burgess’ son-in-law, Peter Garbett, said: “Because she had been on the floor for so long, she couldn’t get to the toilet. I was with her on the floor when she wet herself. 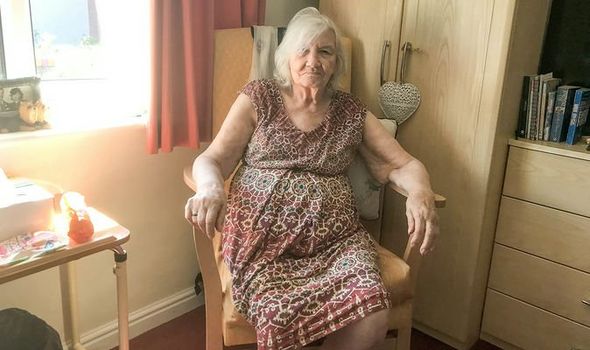 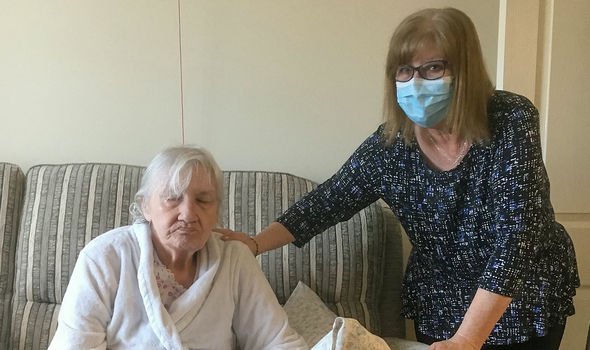 “She was a child evacuee during the war and to now think she is in this position was very upsetting.

“While the 17-hour wait was unacceptable, I am not out to blame either the care home or West Midlands Ambulance Service.

“The care home staff followed all their procedures and supported her as best they could.”

Mr Garbett, a retired postman, was at the theatre when the care home called him to tell him about his mother-in-law’s fall. 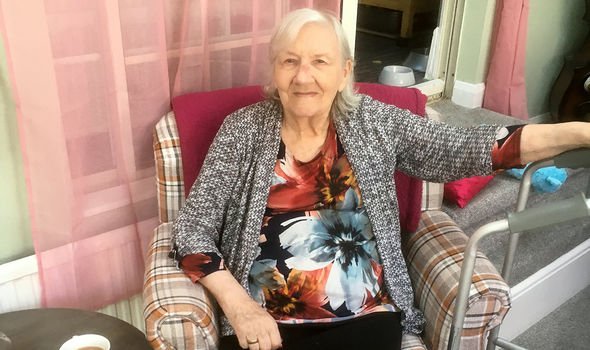 The 90-year-old was thought to have a broken hip. (Image: Peter Garbett | SWNS) 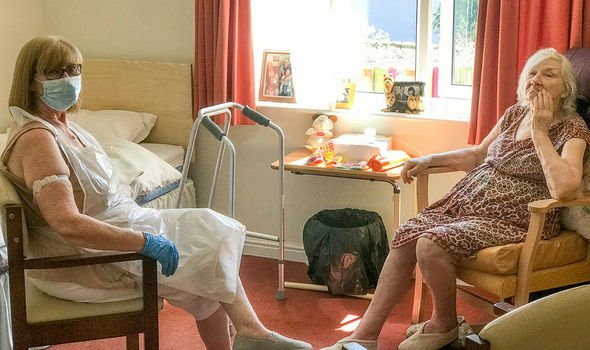 He added: “Whilst I understand the West Midlands Ambulance Service are under a great amount of pressure, why couldn’t they have arranged for the fire brigade come out to help? Or at least sent a first aid responder.

“Maybe it wasn’t an emergency because it wasn’t life threatening at the time but it was a humanitarian service that was required.”

Mrs Burgess has been living in the care home since the death of her husband Tom in December 2019, after 74 years of marriage.

A spokesperson said: “We continue to sigh high levels of demand for our service and our staff are working tirelessly to get to patients as quickly as possible.”

Kane has 0 goals in the first 5 matches of the Premier League season. This is his worst start since 2015
Barca coach Schroider: We lacked the qualities of Fati. We will have a very powerful squad when everyone returns
Barcelona Interrupted a series of 3 matches without a win
Saka has 20 assists for Arsenal since the start of last season. This is the best result in the club
Alex Ferguson: Ronaldo dreamed of Real Madrid. This is the only club where world-class players appear from year to year
The 60-year-old vice-president of Suriname played for his club in the CONCACAF League and distributed money to rival players. He was suspended from football for 3 years
Luc de Jong scored the first goal for Barca in the 4th game - with Levante

The Crown season 5: Imelda Staunton confirms release date as she takes over as Queen

How 'normalising' debt can set a better example for children

Gabby Petito: mourners gather in Long Island as search for fiance goes on

'It's our destiny!' Adonis outlines 'step by step plan' to reverse Brexit and rejoin EU

Daily Covid cases jump to 32,417 soaring by 10 percent since last week while number of virus deaths leap to 58

'How did we lose?': Man City fans make the same point as Tottenham collapse to Arsenal