DEAD Westminster perverts should be stripped of their honours and gongs, a landmark report has demanded.

The Independent Inquiry into Child Sexual Abuse called on government to change rules that mean titles cannot be stripped from the dead.

Technically, titles die with the individual but some prolific sex offenders such as MP Cyril Smith and diplomat Peter Hayman — both mentioned in the report — had been knighted and are known as Sirs.

The report revealed that cops had enough evidence to prosecute serial abuser Smith — MP for Rochdale  for 20 years until 1992.

But he never faced criminal action despite 144 complaints from alleged victims.

Lord Steel, leader of the Liberal Party at the time, admitted to the inquiry he “assumed” Smith had committed the offences but took no action as they pre-dated Smith’s time in office.

Yesterday, the 81-year-old quit the Liberal Democrats and the Lords but did not apologise.

The inquiry was launched in 2014, following the Jimmy Savile scandal.

In the same year, former deputy Labour leader Tom Watson said there was “clear intelligence suggesting a powerful paedophile network linked to Parliament and No 10”.

The report dismissed claims of an organised sex ring at the heart of government. 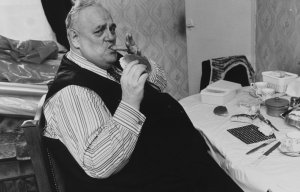 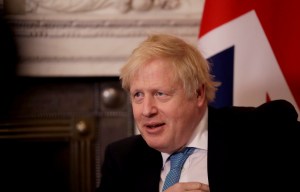 But it said senior cops knew of houses in Westminster used for abuse and kept away from them.

It also revealed a culture in government that valued its own reputation “far higher than the fate of the children involved”.

A spokesman said the Government would “carefully consider the report recommendations”.

The most notable of yesterday’s findings was that the ex-Labour MP’s lurid paedophile allegations, the very basis for the six-year probe, were wholly false.

Watson said he knew of “clear intelligence suggesting a powerful paedophile network linked to Parliament and No10”. It was fiction. There was no such intelligence, nor any evidence of a cover-up.

Watson simply promoted a baseless conspiracy theory — a pack of lies with which he and fantasist Carl Beech, now jailed, went on to wreck innocent lives.

Ex-Liberal leader Steel, for his part, has rightly walked the plank. In 1979 he turned a blind eye to MP Cyril Smith’s sex attacks on boys at children’s homes.

But how can Watson still be considered as a NEW peer by the Lords Appointments Commission which vets nominees? If it fears ex-Speaker Bercow will bring the House into disrepute it must have concerns over Watson too.

This long inquiry, costing taxpayers £120million, may have unearthed isolated scandals from a murkier age half a lifetime ago. But its premise was bogus.

It will only add to the outrage if Watson is rewarded for it with a lifetime of lucrative comfort in the Lords.