IT’S a play even the great bard would be proud of - even if he is mocked mercilessly the entire way through.

If you’ve seen The Upstart Crow on telly, and even if you haven’t, you’re in for a treat.

David Mitchell is on form as William Shakespeare and it’s refreshing to see Gemma Whelan (who plays Kate) returning to her comedic routes after brooding on Game Of Thrones for years.

The story covers Shakespeare struggling to write a new play while his home is filled with waifs and strays, who he hopes could become a muse.

You really don’t need to be a Shakespeare buff - or even like him - to enjoy this comedy.

Ben Elton is at his finest as he keeps the quips coming and coming - he even slips in a gag or too about current problems.

He’s packed the play with double entendres, exaggerated Birmingham accents and lewd costumes - it works like a dream.

You'd never know this is David's first theatre credit as he never misses a beat and doesn't make a single mistake.

His co-star Gemma is incredible, she doesn’t bat an eyelid at any of the hilarity, including some giant pants, and is captivating throughout.

The cast also includes comedy royalty Mark Heap, Rob Rouse and Steve Speirs - who prove they are true professionals and can handle anything thrown at them.

Mark plays a puritan - or as the play says a pure-titty - and spends a large part of his time on the stage having to hit himself for feeling pleasure.

Like Shakespeare himself, Ben steals lines and uses quotes and plotlines from Othello, Twelfth Night, Romeo and Juliet and King Leah. 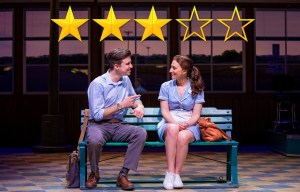 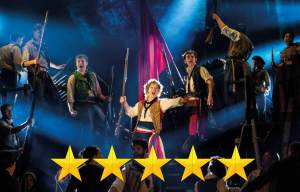 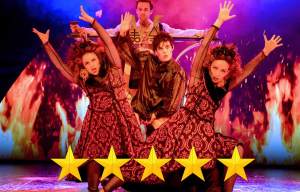 Magic Goes Wrong! But it'll have you spellbound for the evening 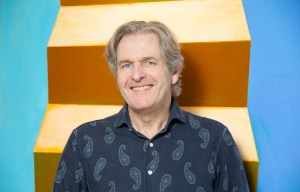 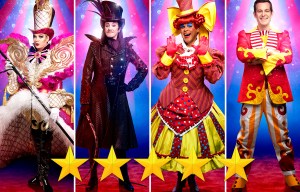 oh yes it is

But he doesn’t get caught up in the past with perfectly formed jokes and jibes aimed at current society.

My favourite jokes from the show are “see it, slay it, slaughtered” and “I just thought the world needed a play about a depressed Danish student.”

Upstart Crow is a must see and it’s had me laughing for the last 24 hours.

I reckon Shakespeare is clapping for joy in his grave at becoming funny again centuries after his death.

It just proves the magic of a good bard is not dead.

Upstart Crow is booking until April 25.

The Leipzig goalkeeper gave out a perfect goal pass to Werner. With one pass, I cut off all my opponents and brought them out one on one
Chelsea want to acquire Werner, promising the player more playing time compared to Liverpool
Dennis Bergkamp: Henri killed the intrigue in matches. He is the best player in this role that I have ever seen
President of Las Palmas: Our stadium will be the only one in the top Championships with fans in the stands from June 13
Vitinho, Gabigol and other Flamengo players spoke out about the death of George Floyd: black Lives matter
PSG were in contact with desta's entourage. The Ajax defender is Interested in Barcelona and Bayern
The Werner scored his 25th goal in the Bundesliga. Only Lewandowski and Immobile have scored more in the top 5 European leagues
Source https://www.thesun.co.uk/tvandshowbiz/10990320/david-mitchell-gemma-whelan-hilarious-comedy-upstart-crow-shakespeare/