THE Forum Music Centre in Darlington is hosting The Specialised Project’s ‘Ska and Reggae Soundclash’, with King Hammond and the Rude Boy Mafia headlining on Friday December 3.

Local ska boys, The Skapones, will also be performing after recently supporting The Specials and Madness and toured the world in their own right.

Read more: Which North East venue this Darlington musician will play - plus how to get tickets

The ska band based in Darlington has a brand new Christmas single coming out on USA label, Jump Up Records and a book giving insight into their success in 2019 called 'The Skapones - Way Out West - That Was The Year That Was.'

Next year they embark on a tour around the UK as support to The Beat on their 40th Anniversary.

The Skapones’ latest album is being recorded at The Forum.

Read more: What Darlington's Forum did to give 'purpose and hope' to local musicians during lockdown

Floral Detectives, a Darlington-based alt rock band will be supporting.

The band has recorded for The Specialised Project and appears on the latest Specialised “Viva - The Songs of Freedom” album. 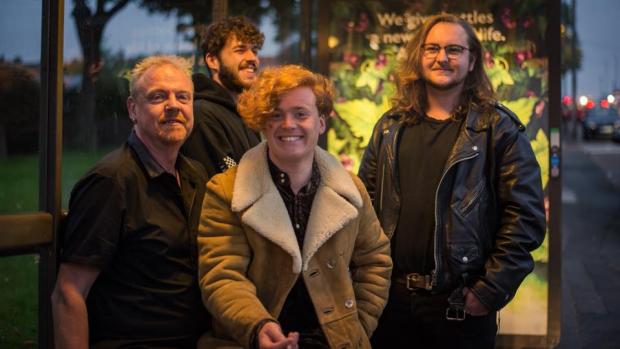 Darlington band, Floral Detectives will be supporting The Skapones and King Hammond & The Rude Boy Mafia at The Forum on December 3

He is known for Bad Manners, The Selecter and 3 Men & Black and has worked with top names of ska and reggae music including Prince Buster, Laurel Aitken, Rico Rodriguez, Dave Barker, Susan Cadogan, Judge Dread and Lee ‘Scratch’ Perry.

He is a Specialised ambassador and is bringing his unique brand of Rude Boy reggae to The Forum.

Nick said: "A crowd with an open mind, that's always the best kind of crowd.

"When supporters come and see me play, that's always amazing but when people come and they've never heard of me before and they say they've had a great night, that's a big compliment.

"I just love entertaining people, I hate it when frontmen go on stage and they say the exact same things night after night, it's always good to pinpoint people in the audience and have a bit of banter with them.

"If you're playing on stage you should be having a good time.

"You've got an ability to play music and perform and entertain people and make them happy, why abuse that?

"It'll be great to come back to Darlington for the gig, it's a beautiful part of the country, the people are really friendly, and I'll be getting some chips and gravy when I'm up that way."

Doors open from 7pm, with the show starting at 8pm.

Tickets cost £12 and are available here.

Denial of responsibility! The World News is a platform for publishing news. Any user can add any publication. In each material the author and a hyperlink to the primary source are specified. All trademarks belong to their rightful owners, all materials to their authors. If you are the owner of the content and do not want us to publish your materials, please contact us by email [email protected]t. The content will be deleted within 24 hours.