DANI Dyer has exclusively told The Sun Online she will "stand by" the father of her son after he pleaded guilty to fraud in a mammoth £34k scam of the elderly.

The reality TV star's rep told us "they are still together" when asked if the mum of one, who gave birth to Santiago this year, was continuing to support Sammy Kimmence following his last-minute plea change in court today.

A source close to Dani, 24, was first to affirm our statement, and added to us: "She's vowed to stand by him, he's the father of her baby."

Today it was revealed Sammy faces jail after he pleaded guilty to fraud at Portsmouth Crown Court.

The TV star's partner admitted to posing as a financial investor to scam two pensioners out of £34,000.

It is not suggested that Dani was involved or knew anything about her partner's wrongdoing.

The 25-year-old duped Peter Martin, 90, and Peter Haynes, 80, after persuading the vulnerable pensioners to allow him to invest their money for them.

His victims were said to have been clients at a legitimate investment company where Kimmence previously worked.

Portsmouth Crown Court heard Kimmence took the clients on when the business stopped operating, falsely claiming he was authorised to provide financial services.

Now Kimmence, who pleaded not guilty to all the charges last week, faces a possible prison sentence after a last minute change of plea this morning.

The judge warned him his offences were so serious he could be sent to jail when he is sentenced on June 11.

Standing in the dock dressed in a black suit with a blue tie, he spoke only to confirm his name and plead guilty to each charge.

The court heard Kimmence, used one of his victims' bank cards to withdraw more than £1,200 for himself and also racked up credit card charges of more than £1,300.

Kimmence and Dani live a lavish lifestyle, sharing a £725k home in Essex, and posting about trips to Ibiza and expensive spa days on social media.

Craig Harris, defending, said of Kimmence: "He is a relatively young man of previous good character, the offences go back into his late teenage years.

"This is a case that crosses the custodial threshold but might be within a range which I argue could be suspended.

"Quite a lot has gone into this young man's life in the last few years.

"He is seeking to reimburse the losses he has caused."

Kimmence is a 24-year-old stockbroker and amateur footballer from Essex - he plays for Barkingside FC. 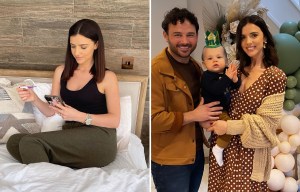 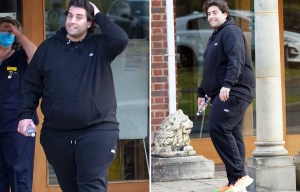 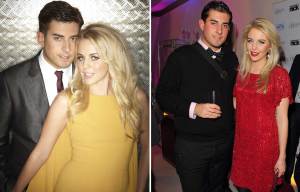 Before Dani went into the Love Island villa, she and Sammy had a relationship that ended in a series of rows.

Once she left the villa and her romance with Jack Fincham came to an end, they rekindled their romance.

On April 23, 2019, The Sun exclusively revealed the pair had rekindled their romance after being spotted embracing in public.