DENISE Van Outen has praised the NHS from her hospital bed after dislocating shoulder ahead of her debut on Dancing on Ice.

The actress, 46, shared pictures of her on pain relief following the horror fall.

The Sun revealed it's “touch and go” whether she will skate with pro star Matt Evers in tonight’s ITV opening show as she said: “I’m hoping and praying I can heal.”

Returning to social media for the first time since horrified medics gave her urgent treatment in rehearsal, Denise told fans: "Thank you for all your lovely messages this morning. Told you I’m clumsy on the ice!

"Massive thanks to everyone @itv. (Medics & production) and our glorious @nhswebsite for looking after me because I know how overstretched you are at the moment.

"Also thank you to @themattevers for being a true friend and taking care of me and making me laugh when I feel like crying."

Brave Denise was then raced to hospital following the terrifying fall on the ITV1 show’s studio rink at Bovingdon Airfield, Hertfordshire, on Thursday.

An emergency X-ray revealed a dislocated left shoulder and damage to her tendons.

Denise was left badly bruised and now faces a race against time to be ready for Dancing on Ice’s return tonight with its 13th series.

It's feared she may not be well enough to take part in tonight’s opening show of the series.

Speaking exclusively to The Sun on Sunday, Denise, 46, said: “I’ve taken a few tumbles since we started training but with this one I knew immediately it wasn’t good.

Who is the Viking on The Masked Singer? 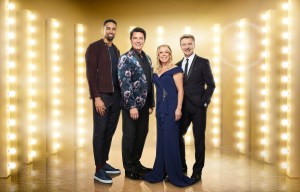 How much are the Dancing on Ice judges, contestants and professionals paid? 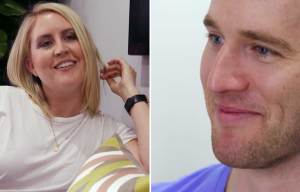 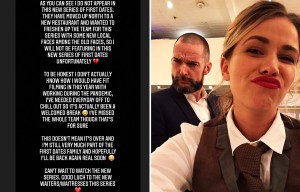 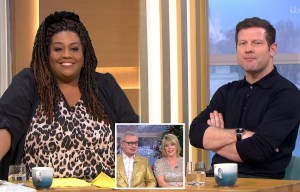 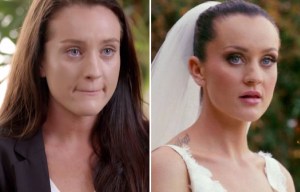 “I was rehearsing with Matt, hit my toe pick and went flying.

“Straightaway I knew I’d done something. I just thought, ‘Please don’t let it be a break.’

“The on-site medics and physio checked me over immediately and my shoulder was quickly iced.”

Juventus' losses amounted to 113.7 million euros in the first half of the financial year-2020/21
Leonardo on Keane: Everton didn't want to lose him, PSG could only rent him. Next - we will see
Goalkeeper Hitz extends contract with Borussia Dortmund: We have big goals for the season
Aubameyang has scored 4 goals in his last 4 games for Arsenal
Zlatan on the consequences of injury: Going out on the field, I feel like a child trying candy for the first time
Dimitar Berbatov: Bruno will claim the Golden Ball, but you can't compare him to Mbappe and Holand. Manchester United-a great showcase
Leno plays 100th game for Arsenal-against Benfica in Europa League
Source https://www.thesun.co.uk/tv/13766323/dancing-on-ice-denise-van-outen-hospital-dislocated-shoulder/