UFC president Dana White has revealed Jon Jones will NOT fight the winner of Francis Ngannou's rematch with Derrick Lewis.

Jones, 33, has been embroiled in a bitter pay row with the UFC brass for close to a year - a dispute which has so far prevented a super-fight with newly-crowned heavyweight king Ngannou from being made.

The UFC brass have opted to move on with the division and are in the process of finalising a rematch between Ngannou and Lewis.

But White is adamant Jones won't await the winner, insisting the recently-dethroned Stipe Miocic is next in line for a title shot.

During an appearance on The Jake Asman Show, he said: “Well, Jon Jones made it very clear that he has no interest in fighting Stipe.

"So it doesn’t really matter.

“What you do is you do the fight with Derrick Lewis and Francis and then Stipe gets the winner.”

White is eager to give Jones a fight at heavyweight but believes the former long-reigning light-heavyweight champion isn't as keen to compete as he's made out.

When pressed further on Bones, who has put on a considerable amount of size during his time outside of the cage, White said: "Jon Jones is under contract. He has a contract.

"We have tried to work with him and see if there are things we can do to make him want to fight at heavyweight.

"What are you going to do? You can’t make the guy fight.

“The reality is Derrick Lewis is really the No. 1 contender for the heavyweight championship right now.

"It doesn’t matter if Jon Jones wants to fight or doesn’t want to fight.”

Jones recently revealed he wants upwards of £7million ($10m) for a showdown with the hard-hitting Ngannou.

White has yet to speak to Jones about his demand, although the UFC's executive vice president - Hunter Campbell - is set to meet the MMA great in the near future.

White told ESPN: “Whether Jon has a manager or not, Jon is going to do what Jon wants to do. 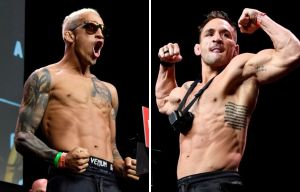 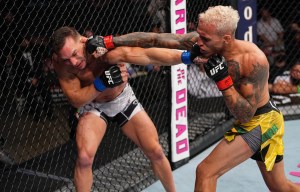 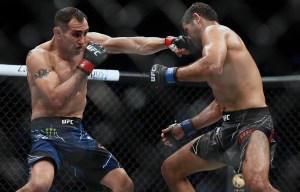 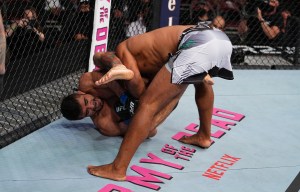 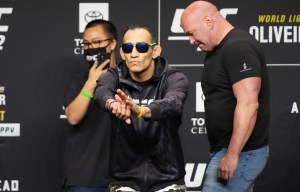 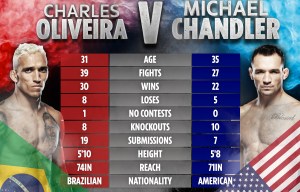 “So it’s probably something that Jon Jones needs to work out. I know that him and Hunter have a good relationship.

"So I think those guys are going to get together soon and talk.

“Listen, you look as the last however many years and people ask me who I think the best ever is and I say Jon Jones. Jon Jones is a massive part of the history of this company.

"Obviously there is still some big fights that can be made with him, and we would love to do it.

"It’s not like we can’t get something done over here.”