DAISY Lowe has revealed a famous photographer exposed himself to her during a photoshoot at his home.

The model, 31, said a man flashed his genitals while straddling her and called the experience “hideous.”

Daisy recalled: “I once shot with a really successful photographer at his house and his wife was making us dinner downstairs.

“We ended up shooting on his bed – which was compromising enough. And he was stood over me, I laid down and he was sort of straddling me and he had his flyers down and nothing on underneath.

“I’ve always been incredibly mouthy and that’s probably really helped me get out of really sticky situations.

“So, I just went, ‘You’re flying low.’ To which he turned stone cold, got off me, zipped up his flies, walked out and that was the end of the shoot. And I have never worked with him again.”

Daisy, who has worked for fashion brands including Burberry and lingerie brand Agent Provocateur, went on to say she had worked with the unnamed photographer on a number of occasions and that afterwards, she felt obliged to eat with him and his wife.

Speaking on podcast Sex, Lies and DM Slides, Daisy added: “I then needed to have dinner with him and his wife and it was horrible, you could have just sucked the air out of the room. It was hideous.

“I’m not saying nothing would have necessarily happened but it was just a power thing and that’s the issue in any industry where toxic men are making themselves feel more powerful over vulnerable young women.”

During the candid chat, Daisy, who is dating estate agent Jordan Saul, also talked about being bisexual. 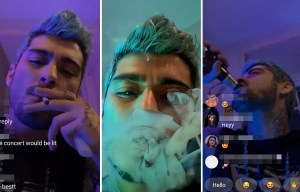 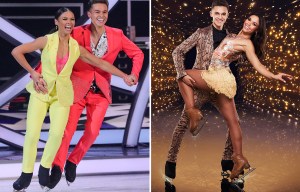 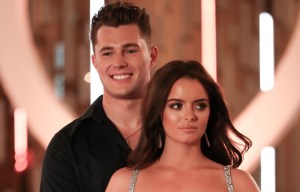 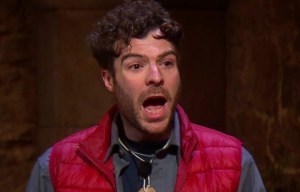 FUMBLE IN THE JUNGLE

I'm A Celeb's Jordan North inundated with offers of threesomes 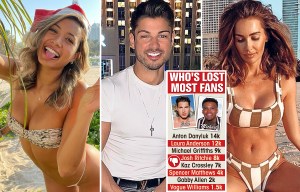 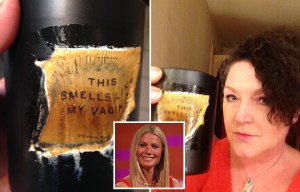 She revealed she was attracted to men and women back in 2017 but opened up about those relationships for the first time.

Daisy, daughter of designer Pearl Lowe, 50, and musician Gavin Rossdale, 55, added: “I have had bisexual experiences, the funny thing about being with a woman is, ‘I have one of those and I know how it works’.

“But then I’m tall and I’m curvy and I like to feel little and I think I can only experience that with men, my man.”

Henri left Montreal: The separation from the children is burdensome. Forced to return to London
Hames on returning to Real Madrid: No one wants to see me there anymore. This is part of football
Real Madrid is the only club from Spain to win the first leg of the 1/8 final of the Champions League
14 million from hair transplant clinics, 6 million from a clothing brand, 0.5 million from fitness centers: a guide to Ronaldo's business empire
I hope Messi wins something with the national team. He is one of the best in the history of football. Marques about the Barca forward
Capello about red Traileru: Even Zidane did not believe! Did you see him laugh? Atalanta was unlucky
Dejan Kulusevski: No one will take away from me the pleasure of daily training with Ronaldo. This experience is for life
Source https://www.thesun.co.uk/tvandshowbiz/bizarre/13790341/daisy-lowe-photographer-exposed-himself/