Dad ‘starved baby daughter to death because she was too weak to help on farm – and mom left it happen’, cops say

A FATHER was accused of starving his 10-month-old baby girl to death because he believed she was too weak to help out on the farm.

The infant, Mary Welch, weighed just eight pounds — and was the size of a newborn — when father Seth Welch found her dead in her crib in August 2018.

“This is torture," Assistant Prosecuting Attorney Kim Richardson said of the baby’s death during the father's trial.

Photos of the baby shown at Welch’s trial in Michigan last week showed Mary’s eyes sunken in, and her body shriveled, WZZM reported.

“Look at this poor little thing,” said Richardson as she projected pictures of the baby’s body to the jury, WOOD-TV reported. “She had no muscle, none. Her muscles were atrophy, her body ate itself.”

The baby, who was kept in a moldy crib, had so little muscle from being starved that she could not cry or move her arms.

Richardson said Welch let his daughter die because she was too small and weak to help on the farm, WOOD-TV reported. He described this as “natural selection," she said.

"Mary Welch was an inconvenience to him," Richardson said, as reported by WZZM.

Welch, 28, was found guilty of homicide in the baby’s death, and was sentenced to life in prison this week.

The baby's mother, Tatiana Fusari, 29, also faces homicide and child abuse charges in the same incident. She is set to begin trial next week.

Welch was found guilty off homicide in his daughter's death, and was sentenced to life in prison

Even after Welch discovered his baby dead, he waited nearly an hour and a half before calling 911.

He said she was “dead as a doornail.”

The baby had been left alone for 19 hours before being found dead by her parents in their Michigan home.

Defense attorney Charles Clapp said Mary’s parents had not taken the child to a doctor before because of religious beliefs.

Welch denied having starved his daughter around the time of his arrest when speaking with reporters in August 2018.

“We were feeding her chicken, potatoes, apples, cheese. We were giving her the good stuff,” Welch said. “She died. It’s a tragedy... The Lord giveth, the Lord taketh,” Welch said.

Despite claims the baby had been fed, Mary was malnourished and dehydrated when she died.

Welch said he believed taking the baby to a doctor was “just as dangerous as not going," and believed his daughter's death was caused for another reason, despite the fact that she was underweight.

"I believe I am being unfairly charged, being made an example of for my very strong faith,” Welch said around the time of his arrest.

Welch has three other children. 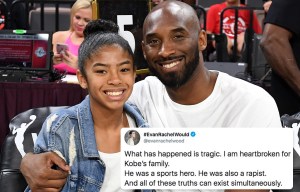 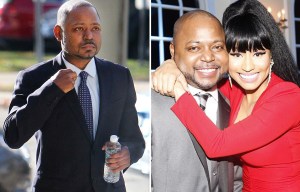 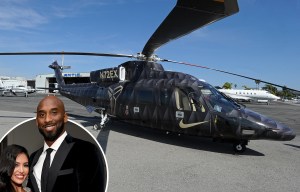 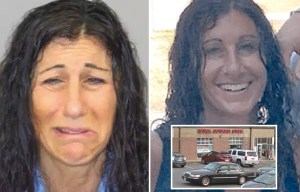 CAUGHT WITH PANTS DOWN 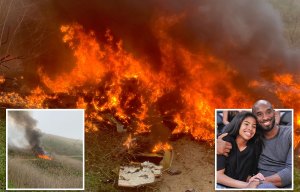 All the surviving kids have been removed from the home, WOOD-TV reported.

Fusari gave birth to a fourth baby while awaiting trial, WOOD-TV reported. The children will all go up for adoption if Fusari is convicted.

Fusari’s trial will begin next week.