The father of murdered Brit Mayra Zulfiqar broke down after hearing reports that his daughter had been tortured before her death.

Mohammad Zulfiqar, whose daughter was killed in Pakistan after going there for a friend’s wedding, pleaded for justice for the 24-year-old paralegal, who was found dead in her room with two bullet wounds.

Arriving in London from his home country, he broke down on local television news, begging Pakistan’s Prime Minister Imran Khan to take action to find her killer, and adding ‘she’s your daughter too,’

He also spoke out about his daughter's passion for 'doing something for Pakistan' after it was revealed she was likely to have been tortured before she died.

The aspiring lawyer had wanted to help the needy in Pakistan (Image: Linkedin)

“She was called here [in Pakistan] and betrayed before being cruelly murdered,” Mr Zulfiqar said.

“She was passionate to do something for Pakistan. I want justice, PM Imran Khan she was your daughter too.”

Mayra, from Feltham, who studied at Middlesex University, had worked as a paralegal at the UK-based law firm Duncan Blackett in the past, and had initially gone to Pakistan for a friend’s wedding before deciding to stay there.

But on 3 May, she was found dead in her bedroom in a pool of blood by a cleaner.

The initial postmortem report stated that she had two bullet wounds to her body – one on her arm and the other near her neck.

Bruises were also found on her left foot and right hand, which indicated that the young woman had been tortured before being murdered.

It is not yet known why Myra was murdered, but her family believe her death may have been a revenge killing linked to her refusing marriage proposals from two men, and that a hitman was hired.

Saad Ameer Butt is one of the suspects but claims he's innocent (Image: Jam Press)

Following the launch of a nationwide manhunt, Butt turned himself in to authorities on Friday. 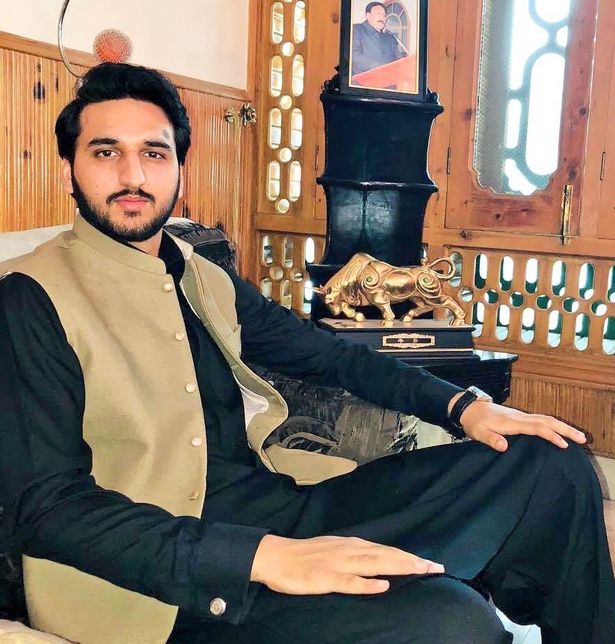 Zahir Jadoon has not yet come forward and his whereabouts are unknown (Image: Jam Press)

Days before she was killed, Mayra apparently told police that Jadoon - whom she is believed to have had a relationship with - allegedly abducted her at gunpoint and threatened to kill her. In social media posts he can be seen posing proudly with pistols and assault rifles.

Mayra had also accused Butt, Jadoon's friend and rival, of attempting to rape her, but authorities did not follow up her allegations because her family was "not influential enough to be taken seriously," one friend, who did not want to be named, claimed.

Mayra was already engaged to a man from Islamabad, whom she had met shortly after arriving in Pakistan, before her death, and according to legal documents filed by her uncle, she had complained of being harassed by two men and their unwanted advances.

A police official said that after handing himself in, Butt had recorded his statement and claimed he had “not killed Mayra”.

Mayra had only moved to Pakistan two months before her death (Image: Jam Press)

According to the same source, he admitted that Mayra was his friend but said they had not been in a relationship.

"It’s a cold-blooded murder but neither of the accused were present at the crime scene," a police source told The Times.

"Jadoon was in Islamabad and Saad was at home [in Lahore], confirmed by CCTV. Police are investigating whether the accused hired a killer." Butt is believed to come from a wealthy and powerful family (Image: Jam Press)

The two suspects were reportedly granted pre-arrest interim bail, and both have previously denied any involvement in the murder.

The case has been transferred to the Crime Investigation Agency (CIA) after the initial investigation from Defence B police.

In his heartbreaking TV plea, Mr Zulfiqar talked about his daughter’s future plans, saying she’d wanted to help the needy.

“My daughter (aspiring lawyer) told me, “I will open a chamber in Pakistan and serve people.

“I want to be the ambassador for [the] poor by talking about them to its length and breadth,” he said.