The former chief adviser to the Prime Minister is famed for his outspokenness and distaste of Westminster’s London-centric bubble. And while the former Vote Leave director admitted that Brexit might have been “a mistake”, he was under no illusions about its impact on the UK democratically.

Last night he tweeted: “An advantage of Brexit is now it's clear who has responsibility for fixing it, our democratically elected MPs.

“If they don't fix it, & we continue with broken system & without a serious emergency system, it's a data point for 'Brexit hasn't worked as intended'

Disregarding the maverick adviser’s point, Dr Mike Galsworthy responded by referencing the campaign’s red bus which sported a slogan claiming that leaving the bloc would allow the government to give the NHS an extra £350million a week. 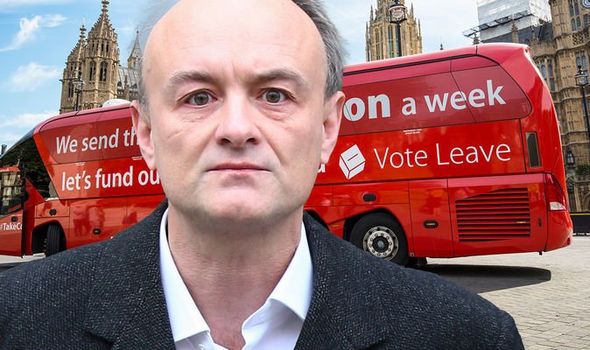 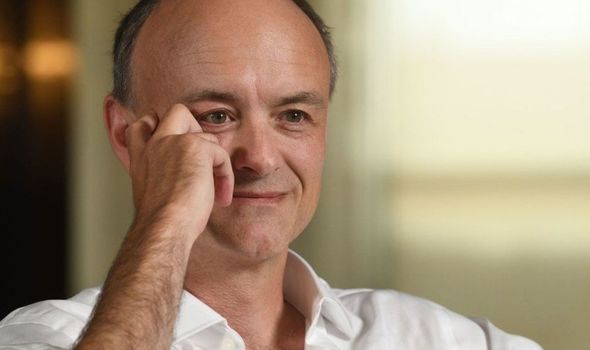 Mr Cummings shut down the Remainer with his brutal tweet (Image: BBC)

The founder of the Remain group Scientists4EU said: “That’s not what was written on the bus…”

This was instantly shut down by Mr Cummings, who responded: “'Take back control' (another campaign slogan) was on the bus...

“This is literally what it means...

“5 years on, elite-Remain-Twitter is still at the start line…” 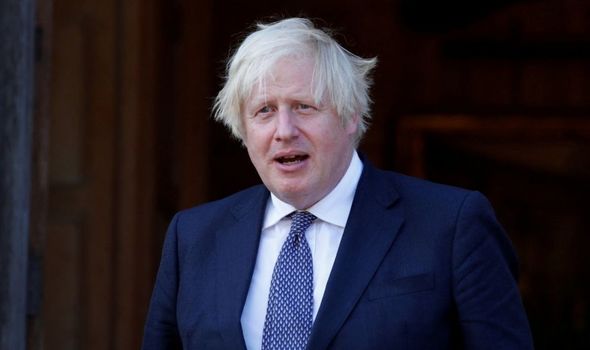 In an interview with the BBC last month, Mr Cummings admitted that the bus’ slogan was deliberately chosen to “drive the Remain campaign crazy”.

His outburst came as a shocking report revealed the economic damage that Brexit has wreaked on the economies of numerous EU countries.

Facts4EU.Org said Germany came out as the biggest loser after its economy was down £12.2billion in the last 12 months compared with 2016 - the year of the referendum vote. 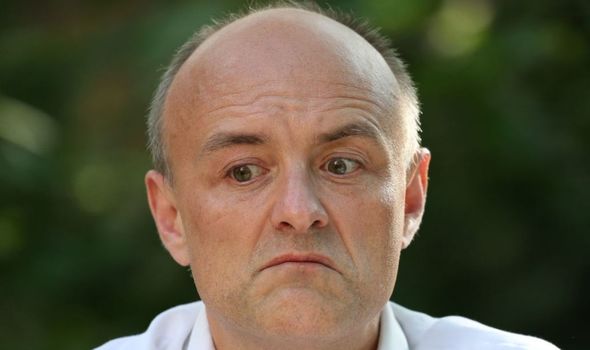 The website also revealed that UK consumers bought £28billion less from the EU last year than in the referendum year.

In data gleaned from the Office for National Statistics (ONS) it found that Sweden sat in sixth place - down £1.2billion.

The website claimed this loss of trade was not a “Covid effect” or because of new border controls. 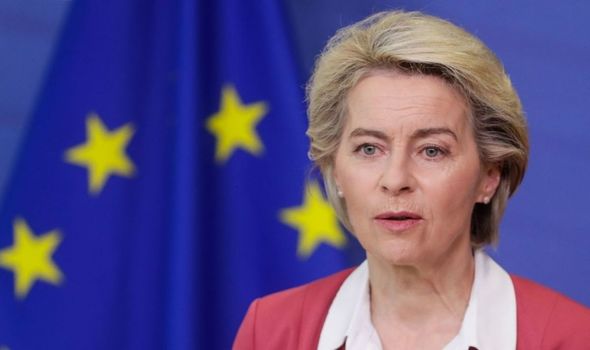 In a statement it added: “As the EU’s largest economy, it is not surprising that Germany has lost most in terms of financial totals.

“If an EU country sells more, it loses more if there is a trend away from buying from EU countries.

“The actual totals in pounds can therefore disguise the impact on individual countries.”

Varan about Ronaldo: The best example of a winning mentality in the world. He works admirably
Jimmy Greaves died. The best scorer of the English championship was 81 years old
Barcelona wants to sign Holand, Pogba and Olmo next summer
Sulscher on Sancho: We see him as a top striker for Manchester United for the next 10-15 years. He will progress
Leonardo denied that Messi receives 30 million euros a year at PSG: The data is extremely far from reality
Italiano after the 3rd victory in a row: Fiorentina should continue in the same spirit
Forlan is dismissed from the club of the 2nd league of Uruguay. He worked as a coach for 12 rounds

Student turned sex worker explains what her job is really like

Police concern for Paisley teenager not seen since Wednesday

Jimmy Greaves: England's great entertainer adored by the public and his peers

Man, 23, dies after being hit by car in late night crash

Girl, six, lured from playground and sexually assaulted in woods

Tyson Fury was first knocked down by unknown Neven Pajkic, who claims world champ has an ‘ugly face’

A look at Jimmy Greaves’ life in pictures

Parents horror as girl, 6, lured away from playground and sexually assaulted in woods as cops hunt ‘blonde teen’

Jimmy Greaves was England’s greatest ever goalscorer, a much-loved pundit and TV favourite for Saint and Greavsie

We warned you! EU throws Ireland under bus –rules to have ‘catastrophic’ impact on economy

UFC fighter has bloodied teeth smashed in during violent defeat

What was Jimmy Greaves’ cause of death and how many games did he play for Tottenham and England?

Woman 'threatened with gun' - police want to speak to this man

Woman, 25, worth £230k shares budget meals which cost less than £3 a serve – & supermarket hacks to help save a fortune

Government scientist says travel testing should not have been scrapped

What’s love got to do with it? Marrying for money might be on the way back | Torsten Bell

Mum noticed toddler 'kept falling over' before being given diagnosis

Girl, 6, lured from playground and sexually assaulted in woods as police launch probe

Woman’s body found in park as man arrested for murder

Best bets today: Romelu Lukaku to score first and Chelsea to win 2-1 at 40/1 with Sky Bet

Horrifying moment young children watch on as 1,500 dolphins are slaughtered in brutal tradition on Faroe Islands

New Netflix movie and TV releases this week in September