A DOOMSDAY-OBSESSED mom who was arrested in connection with her two missing children has accepted a speedy extradition of her trail after a judge rejected her bail reduction.

Lori Vallow, 46, was arrested in Hawaii after she missed the January 30 deadline to bring her two children to Idaho authorities.

Vallow, who has been charged with two felony counts of child abandonment, appeared in court on Wednesday, where her attorney challenged her bail of $5 million.

The judge, however, rejected Vallow's appeal.

Her children - Tylee Ryan, 17, and Joshua “J.J.” Vallow, 7 - have been missing since September, according to the Rexburg Police Department in Idaho.

Rexburg Police have said they "strongly believe that Joshua and Tylee's lives are in danger."

Prosecutors had previously argued that Vallow's bail should be high because of the media attention she has received and that she was a potential flight right.

They said in a court filing: “Given the extensive media attention, she is clearly aware that the authorities have prioritized her case.

“She also has the means to move across an ocean.”

Vallow's attorney, Craig De Costa, however, had argued in a court motion that equivalent felonies in Hawaii carry a bail of around $2,000 to $20,000.

But prosecutors oppose the request, claiming that Vallow is a clear flight risk.

They noted that Vallow's and her husband had $152,000 in a First Hawaiian Bank account.

Vallow and her husband, Chad Daybell, 51, were first questioned about the missing children in November 2019.

Police said the Vallow and Daybell lied about the kids' whereabouts and even about their existence.

After they were questioned by police, the pair disappeared until they were recently discovered in Hawaii last month.

The bizarre turn of events kicked off in July when Vallow's ex-husband Charles Vallow, 67, was shot dead in her Arizona home by her brother, Alex Cox.

Cox told cops he acted in self-defense because Vallow refused to back away from his sister and he was never charged for the fatal shooting.

The Idaho State Journal reports Charles Vallow filed for divorce as a result of his wife's increasingly strange behavior, however.

Cox was found dead on December 15 but the cause of his death hasn't been established.

After Charles' death, Lori Vallow and her two kids then moved to Rexburg, Idaho, in September.

The missing kids were last seen attending school there, but Vallow and Daybell never reported them missing.

Daybell's wife Tammy, 49, was then found dead in her family home on October 19, with her obituary stating that she died of natural causes. 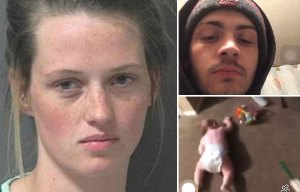 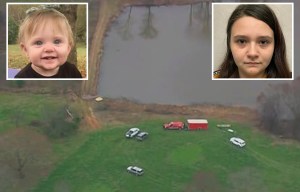 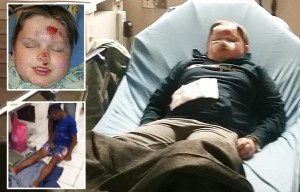 They later exhumed Tammy's remains and the autopsy results are pending, according to the Fremont County Sherriff's Office.

Daybell is the author of latter day saints books about the end of the world and Vallow's family has accused the couple of being doomsday "cult" members.

Vallow reportedly believes she is "a god assigned to carry out the work of the 144,000 at Christ's second coming in July 2020," according to divorce documents Charles Vallow filed before his death.

Scrambler and stolen motorbike chased through Liverpool by police

Coronavirus is not some great leveller: it is exacerbating inequality right now | Owen Jones