THIS is the crazy moment an idiot confronts ELEVEN tigers and tries to provoke them after senselessly jumping out of his car at a zoo.

The reckless tourist is seen just metres away from the terrifying big cats as they perched in their enclosure on October 23 at Beijing Wildlife Park. 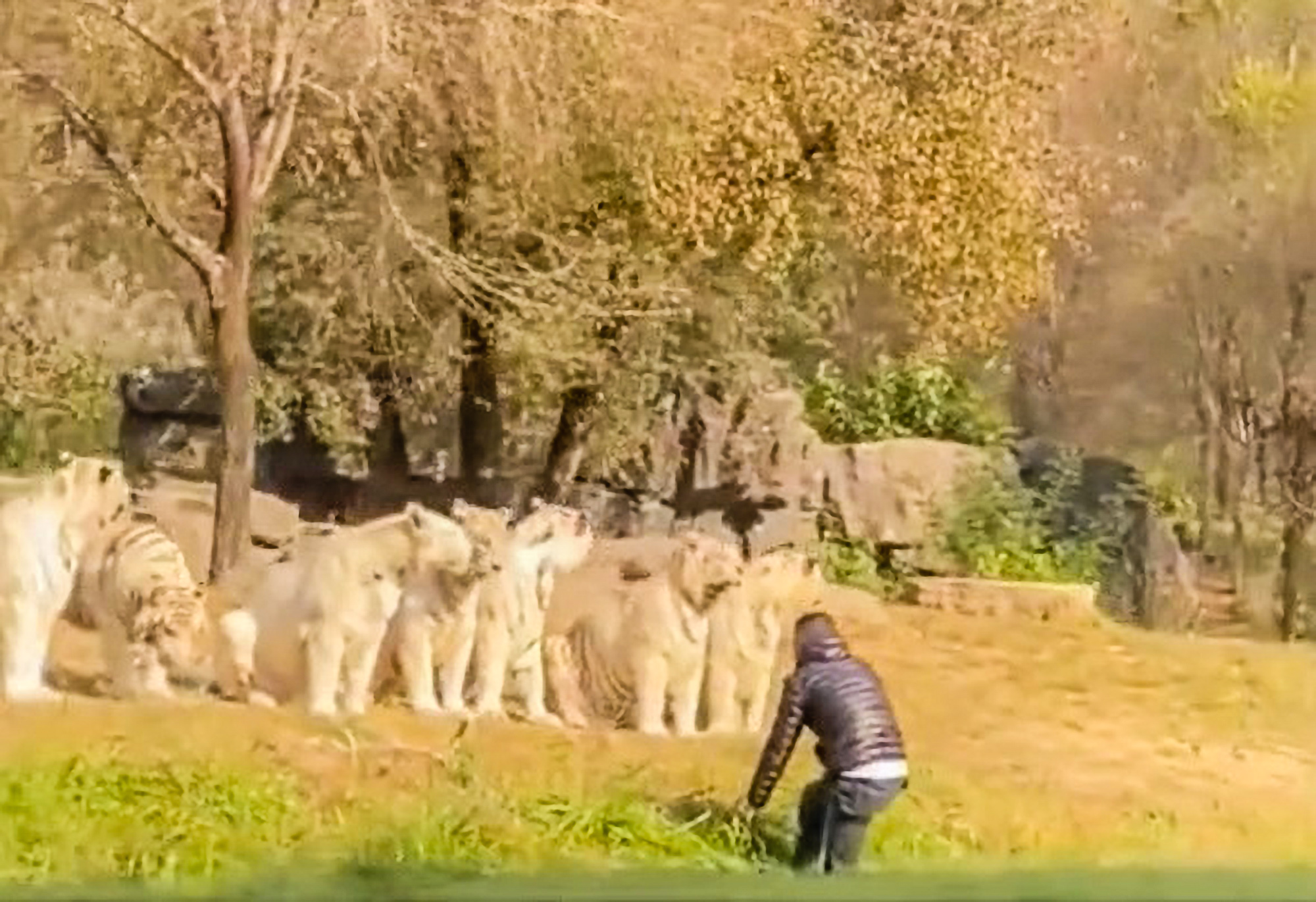 The idiot tourist climbed out of his car and confronted eleven white tigers at Beijing Wildlife ParkCredit: AsiaWire 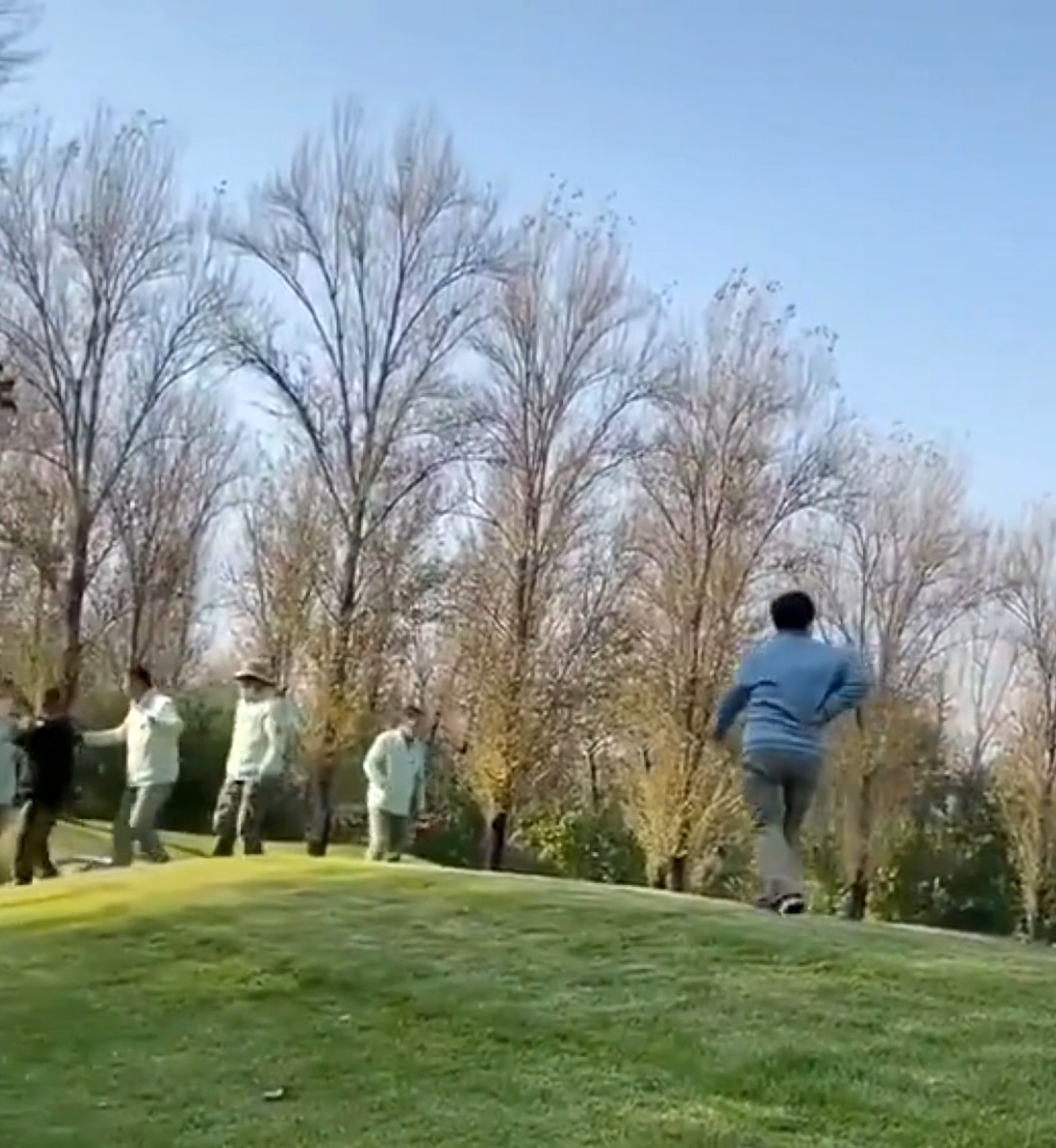 Staff frantically tried to coax the big cats away as the man ignored their pleas to moveCredit: AsiaWire

The man had been taking part in the self-driving tour around the renowned animal park when he jumped out of his car to get up close and personal with the white tiger in the Chinese capital.

He reportedly ignored staff's desperate pleas to return to his vehicle and instead approached the beasts in a bid to provoke them.

In the unbelievable footage, the man is seen crouching in front of the tigers while several men keep a safe distance while begging him to back off.

The tigers grunt and gather in front of the thoughtless tourist as he calmly squats in dangerous proximity to them in the 30-second clip.

Zookeepers were forced to throw food to the animals to attempt to distract them from the man's presence while other driving guests looked on in shock, according to local news.

Beijing Wildlife Park promptly notified police of the stupid stunt in the exhibition area and the man was reportedly taken to hospital by cops to be checked over.

The zoo is said to be equipped with in-depth concealed safety methods which prevent tourists from getting too close to animals.

An investigation was opened into the incident after the ruckus involving the white tigers.

After reviewing the CCTV footage, the police announced the following day that they had arrested a 56-year-old man, named only as Jiang.

The probe into his animal antics remains ongoing.

In 2016, a woman was killed and another injured at the park after the pair jumped out of their car in a similar drive-through enclosure at Beijing Badaling Wildlife World. 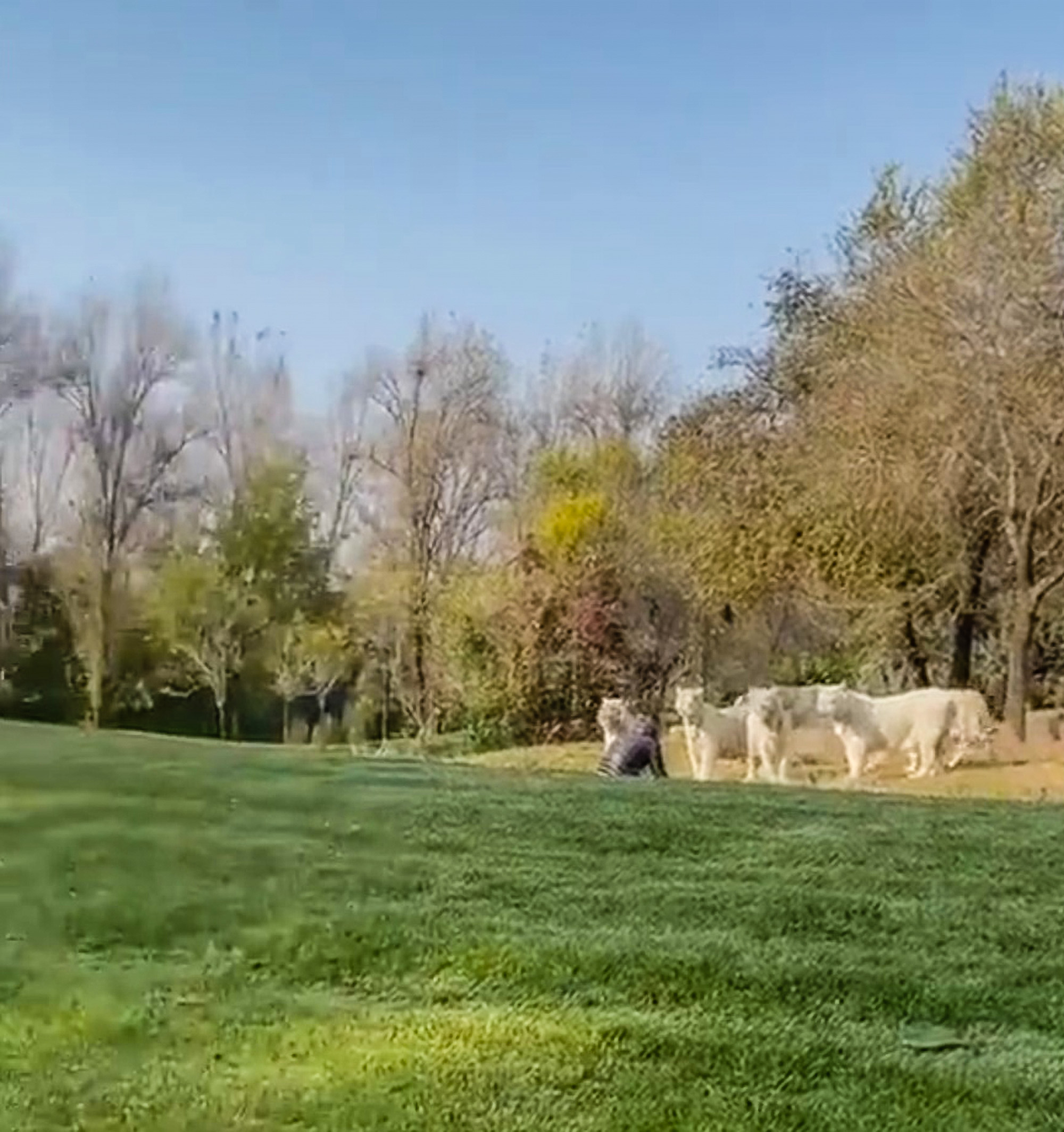 Shocked guests spotted the man just metres away from the tigers in the drive-through enclosureCredit: AsiaWire
Source https://www.thesun.co.uk/news/16531419/idiot-confronts-eleven-tigers-jumping-car-beijing-zoo/