A group of 50 Conservative MPs representing northern constituencies has called on Boris Johnson to provide a “road-map out of lockdown” as more than eight million people prepare to be placed under the most stringent restrictions by the end of the week.

The prime minister has been warned that the pandemic is threatening his election pledge to “level-up” the country and risks “sending the north into reverse”.

It comes as scientists found coronavirus immunity may only last a few months after a study revealed a decline in protective antibodies.

The new coronavirus is behaving in a similar fashion to seasonal coronaviruses - which are responsible for the common cold, virologist Professor Wendy Barclay from Imperial College London has said.

Prof Barclay, who is one of the authors of new research which found that people's immunity built up after a Covid-19 infection could only last a few months as their levels of protective antibodies decline, told Times Radio: "This new coronavirus seems to be behaving in a somewhat similar fashion to the seasonal coronaviruses that have been in humans for decades, if not hundreds of thousands of years.

"And for them we know that you do get reinfected every one or two years because your immunity, whether it's made up of antibodies or T-cells, fades away to such an extent that you can become reinfected."

On the concept of a "immunity passport" - whereby people could go about their lives as normal after an infection - she added: "This concept of a passport for immunity - at the moment it is not a good idea because individuals can vary quite a lot in the sort of quality of the antibody response they make.

"We wouldn't like people to go out and change their behaviour thinking they were protected when they are not.

"What's more, the study we've published shows that if you had to test one month, then you might need to be taking the test the next month or the month after because your antibody levels might change over time."

‘Difficult to tell’ whether Nottingham has government support it needs, council leader says

Councillor David Mellen, leader of Nottingham City Council, said it is "difficult to tell" whether the city has the government support it needs for tier 3, adding that all areas have been given a "flat rate".

He told BBC Radio 4's Today programme: "I think we have additional responsibilities of running a big city, and the city centre in particular has additional needs.

"I'm not sure that all of that will be covered in what we've been promised from the government."

He said costs and lost income from the first wave of Covid-19 "were not fully met as was promised", meaning budgets are "strained and stretched".

Immunity to Covid-19 in England could be “waning quite rapidly”, scientists have warned.

Research by Imperial College London estimated just 4.4% of adults had some form of immunity against Covid-19 in September, when cases began to increase again.

This is compared with 6 per cent found to have antibodies between 20 June and 13 July, and 4.8 per cent between 31 July and 31 August.

My colleague Andy Gregory has the story: 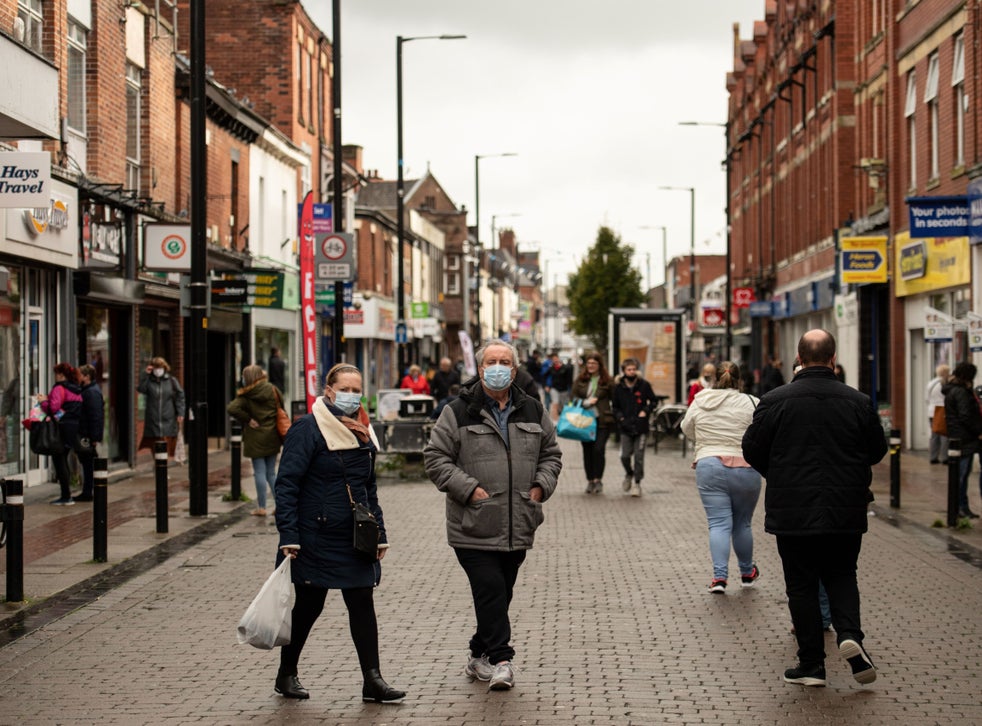 Fewer than one in 20 people had detectable level of antibodies as second spike took hold, REACT-2 study finds

Conservative MPs representing northern constituencies have called on Boris Johnson to detail a “road-map out of lockdown”.

The prime minister has been warned by a group of 50 Tory backbenchers that the pandemic is threatening his election pledge to “level-up” the country and risks “sending the north into reverse”.

Good morning and welcome to the latest coronavirus updates.

Mohamed Salah has shown Liverpool the scale of his ambitions

US unveils measures to stop China 'exploiting' US stock exchanges

One in five Brits don't have confidence in new Covid vaccine, survey finds

Grenfell Tower inquiry: Insulation boss denies knowing product was flammable or that test certificate was out of date