The survey found 49 percent of British adults fear there will be further lockdowns and that, while 55 percent think the worst of the pandemic is behind us, 19 percent believe the opposite.

It also shows 74 percent of people are concerned about another Covid wave this winter, with fears being highest amongst those aged over 55.

The poll was conducted between October 8 and 10 by Savanta ComRes, whose associate director Chris Hopkins said: "While it may feel to many that the UK is out of the woods with coronavirus, there is still an underlying feeling — or perhaps fear — among the public that there are more restrictions, including lockdowns, to come."

The survey follows warnings over the speed at which Covid booster jabs are being administered, with experts saying the uptake may not be fast enough to help stop hospitals from becoming overcrowded this winter.

LIVE: Horror warning as cases 'worst since January' - UK 'back to square one' 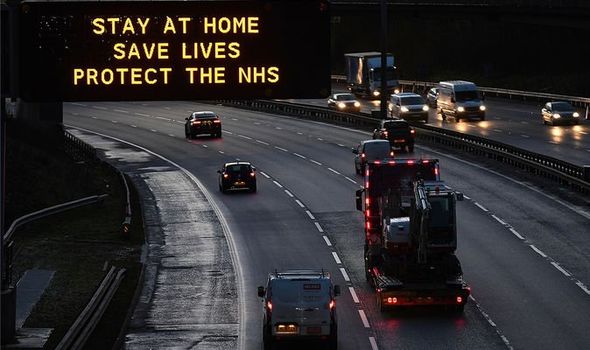 49 percent of the British adults who took part in the survey fear another lockdown might be coming (Image: Getty)

NHS figures suggest only half of eligible over-80s have received their third dose since the booster programme was implemented.

Prof Neil Ferguson, head of the influential modelling team at Imperial College London, earlier this month called for speedier vaccines and boosters among teenagers – another important step to minimise the risk of a strong wave this winter.

Savanta ComRes's Mr Hopkins added: "Trust in the vaccine rollout may still be undermined if the UK enters further restrictions during a winter that will be inevitably challenging for the NHS."

In the past week, the number of people aged 65 to 84 admitted to hospital has increased 19 percent. 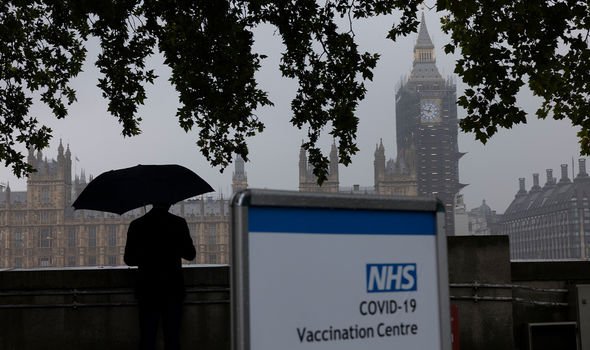 The UK on Monday reported 49,156 Covid cases, the highest since July 17 and a 16 percent rise in new cases over the past week.

After a steady increase throughout October, it is now only 19,000 cases short of reaching the peak number of cases ever recorded in the country, which, at 68,053, was reported on January 8, 2021.

According to Monday’s data, hospitalisations and deaths are also increasing. 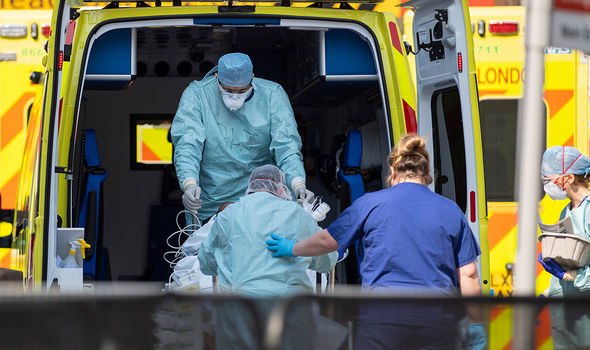 Boris Johnson’s official spokesperson said on Monday: "We always knew the coming months would be challenging.

"What we are seeing is case rates, hospitalisations and deaths still broadly in line with the modelling as set out a few months back now.

"The vaccination programme will continue to be our first line of defence, along with new treatments, testing and public health advice.

"But we will obviously keep a close watch on cases."

Of the 2,103 UK adults interviewed online, three in 10 would view another lockdown as a sign the vaccine rollout had been a failure.

Meanwhile, three in five believe a firebreak lockdown would be useful to curb the spread of the virus and relieve pressure from the NHS.

33 percent of Britons are confident there will be no further Covid restrictions.